How Do We Explain This One?

Share All sharing options for: How Do We Explain This One? 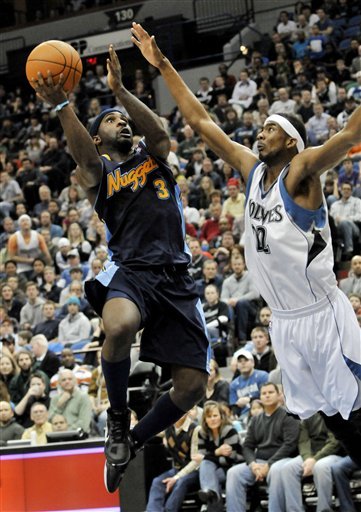 By the end of the first quarter, I sort of had a feeling we were in for a long night.

This Nuggets team was depleted to say the least, missing literally its entire starting frontcourt. No Carmelo Anthony (the franchise), no Nene (best post scorer), no Kenyon Martin (best defender). And no Al Harrington either, their top big man reserve. And on the other side of the court, you have Michael Beasley coming off the best performance arguably of his whole career (and he certainly brought it again tonight) and a nearly fully-healthy roster. It seemed like the Nuggets would be easy pickings tonight.

But even with the start the Wolves got off to, there was a point about midway through the first quarter where I started to get worried. The Wolves were shooting something like 85% at that point, the Nuggets in the 30s....and the difference in the score was just 5 points. Five. And I looked at that and I just though "y'know what...this isn't going to end well".

And wouldn't you know, it didn't.

There's a lot of reasons that can be listed off why the Wolves dropped this one: 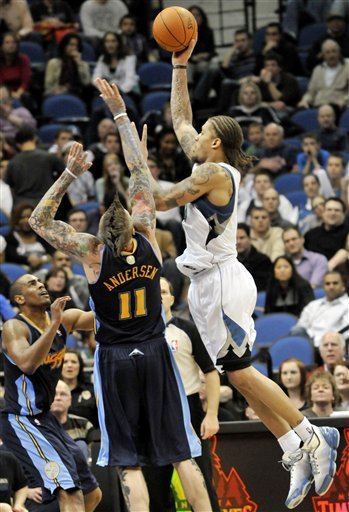 And this list could go on and on with all sorts of things. But the bottom line is this was a game the Wolves could have taken and really, should have taken, but didn't. And maybe the refs had a hand in it, maybe coach Rambis should have tightened the substitutions, maybe the Wolves didn't take the Nuggets seriously until it was too late, maybe the Wolves should have spent their assets wiser before the season started. Whatever. Point is, this was a very winnable game regardless of that stuff, a team that's 8-24 can't afford to be given these opportunities and not capitalize on them. If you face a team missing 3 of its top 5 players and open the game shooting 80-something%, you should have that team dead to rights. There should be no way for them to stay in it.

George Karl, before the game, said the Wolves are close to turning the corner, because every game he's seen us on in tape is a game we should have won. The game against the San Antonios and Utahs and Oklahomas....and now this one tonight. And I think he's right, I think we're right there. But to actually get around that curve, we need to first figure out why we can't. Limit the turnovers. Limit the fouls. Close these games out. There's all these games where you think "well if we had just done whatever..."...well, it's time the Wolves actually started doing (or not doing) those things.