Share All sharing options for: Find a Happy Place 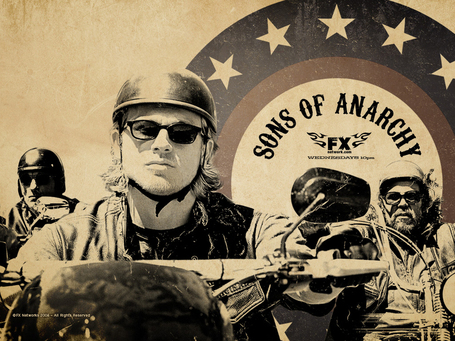 Thanks to SAMCRO I had a backup plan for tonight's loss against the Spurs.  In Charming, the good guys have ties to the refs (thank you Chief Wayne!) and they don't have to worry about being pinched by the man.

I never know what to do in these sorts of game wraps.  The officiating was obviously terrible and so were the rotations, shot selection (WTF Luke Ridnour?!), and transition defense.   Soooooooo....Mrs. Stop-n-Pop and I fired up the XBOX 360 and watched the final season 3 episode of Sons of Anarchy and all is good with the world.  Jax was absolved of his sins, Agent Stahl got what was coming to her, and the MC lives to see another day.  In the real world, the Wolves still have 4 wins and they are staring straight into the heart of an evil December schedule with 14 games in quick secession and 10 of them on the road.  Manu is a great player but a flopper.  Kevin Love should be given regular minutes at the starting 5, and Gregg Popovich knows how to get technicals that matter.  That's all I have to say about tonight's game.