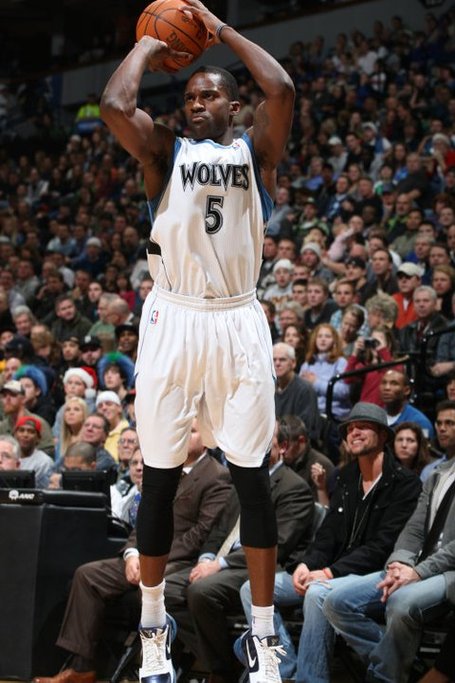 Don't call Martell Webster one-dimensional. He hates that. He's specifically out this season to prove there's more to his game than shooting.

"I'm not one-dimensional. I finally get to showcase to myself—not to anybody else, but to myself—what I am able to do. ... I wasn't able to do it in Portland. I want to get off to a good start. I want to show my ability to create a shot for myself.

If anything else, one thing is pretty clear at this point....Webster can really shoot the basketball. But that was something he was fairly well known for before he ever reached 'Sota. The question since has always been what else can he bring to the table? To acquire him from Portland, the Wolves gave up Ryan Gomes....who was very comparable to Webster in terms of overall production....and Luke Babbit, one of the best shooters in college basketball during the 09-10 season.

Because of his back surgery, Webster's only played in 9 games so far. But already we're seeing some fairly consistent signs that he's contributing and will continue to contribute things that the Wolves just weren't going to get anywhere else.

Blazer fans have been pretty candid with me when it comes to Webster. He is, after all, a former 6th overall pick and a player they were counting on to really help the team get to the next level. And while he didn't play bad, by any means, he wasn't exactly Kobe. As one Blazer fan told me:

Martell actually was drafted purely for his long-distance shooting. He does the other stuff well, occasionally, but never consistently. He will tantalize with all the other stuff, but will ultimately let you down if you depend on him. Great, GREAT guy though. He's taken Flynn and Beas under his wing, and nothing but good can come from it. He was a nice pickup but don't expect too much, or the pressure will destroy him mentally.

There's a lot being said in that one statement. On the positive side, we have assertions that Webster is fairly multi-dimensional, a locker room leader, and overall nice human being (Chris Wright said Webster was trying to start a charity foundation similar to the one he had in Portland here before he even moved his personal belongings) On the other hand, that 5-Cat contribution is inconsistent, and he struggles under intense pressure. Ambiguously in the middle is a comment about how Webster's role was pre-defined for him before even being drafted.

The core of the Webster paradox has always seemed to be "What can Martell Webster do?" versus "What is Martell Webster being asked to do?". With the Blazers, Martell was basically asked to be a catch-and-shoot player at one end, and a lock down defender at the other. He didn't particularly excel at either. But was he meant to excel at either?

When you look at his career numbers, Webster's kind of not all that great. Career 41% shooter with a single-season best scoring average of just 11 points/game. Not many free throws, not many assists. He's never been above the league average 15 in PER and only topped the 0.100 average in WP48 once (last year: 0.105) 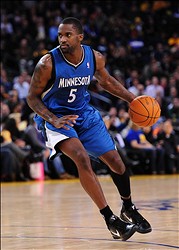 But here's the reason why I think Webster is much much better than what he was in Portland. Watching him play, it would appear that there's more to Webster than the narrow role he was put in. There's a facilitator there that wasn't being used because of Portland's iso-Roy playbook. There's an athlete there that didn't mesh with Portland's slow, halfcourt pace (I think we're going to hear a lot of complaints directed at Nate McMillan about this as the season goes on) There's a directness and toughness there that implies Portland should have given him more basket cuts and free throw opportunities than they did.

Webster is a pretty solid catch-and-shoot player, but he's not, like, a Jason Kapono. He's not meant to just sit in a corner and launch kickout threes.

The first thing I look at in Webster's numbers from last season is the small differential between his FG% and 3pt%. Last year, Webster's 37% clip from three basically tied Ryan Gomes' percentage, yet Gomes shot 45% overall....Webster just 41%. That I'd say is a derivative of Webster simply not getting many shots in close to the hoop...which is, in turn, a derivative of Portland's system. If you look at say, Rudy Fernandez this season, nearly 90% of his shots are jumpers of some sort, and over 2/3rds of those jumpers are threes. That's somewhat similar to Webster's shot spread for last season, where over half of his shot attempts were threes. When a player is challenging the 40% mark from deep, he shouldn't be struggling to top it from everywhere else....if he is, that says to me that he's not shooting from anywhere but deep, and that appears to have been the case. 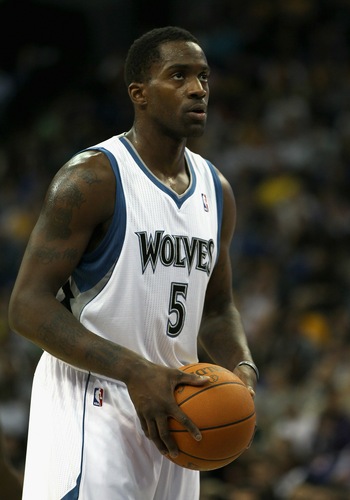 This season....and again, we're only talking about 9 games here....but this season so far, Webster is shattering his FG% numbers, shooting 48% from the field, 39% from three. Both career highs. And his shot selection has indeed changed....his field goal attempts are up, while his three point attempts are down, and about 1/4th of his shots are coming from in close.

The other area we're seeing a major difference in Webster's game this year compared to last is at the free throw line. His current FTA average of 4.2 a game is nearly double his previous most (2.2), and over double his career average (1.8). That's a really big deal. It means, essentially, that Webster has the ball in his hands a lot more often, and then is doing a lot more with it. Dribble-drives and getting out in the open court more. Things he wasn't allowed to do with the Blazers that he's getting an opportunity to do here.

I don't expect Martell to shoot 48-49% all season. But I do think, ultimately, his FG% is going to be markedly better than his career average....probably something like 44-45% at the end of the year.

And as it stands right now, Webster's averages of 14 points, 3.6 rebounds, and 1.2 assists puts him near the top of the sixth man race, at least in terms of production (obviously the wins aren't there). Right now I'd say the leader is Jason Terry, who's averaging 15.6 - 2 - 4.6. That's pretty comparable, I'd say. And Webster compares to or tops the other sixth man candidates as well:

But there's also a lot of things beyond the box scores that are really encouraging about Webster's game. He plays with the sort of savvy and confidence that really, you can only get by being a veteran on a winning team. He consistently makes very smart, very subtle decisions on the court that add up to big contributions in the end. Decisions that guys like Beasley or Wes Johnson won't make because they haven't seen and learned from them before. Webster has. He's been on a winning team before, and knows the practices and habits that a winning team forms. 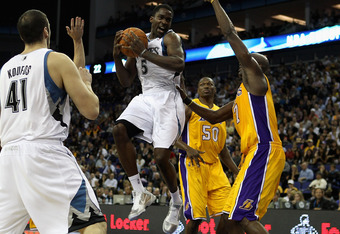 He makes snap passes on the move to teammates in scoring position (a lot of his turnovers are teammates not ready to catch those passes). He rotates on defense quickly and efficiently. He rebounds in force...it's quite remarkable to watch him crash the glass. Most player reach up and bring the ball down to their level when they rebound; Webster has a Garnett-like ability to instead, bring himself up to the ball's level.

I said before the season began....when there was still a big debate over whether trading for Webster was a smart move....that Webster would probably mean a number of wins for this team simply because he came from a winning ball club and wasn't a rookie.

It certainly looks like he's going to give us a lot more than Gomes, and while Luke Babbitt might end up being quite good in the end, he certainly isn't worth anything right now. Webster, as far as I'm concerned, was the right guy in the right place at the right time for us. Ready to play now, young enough to still be playing later, and with plenty of upside still to tap into. Had the Blazers known that Roy would suffer from injury so much this season, I doubt Webster would have been available.

Being in a faster system and a broader role that appreciates his talents better is paying off in the early going. I expect that to continue for the rest of the season as well. I expect Webster will prove himself right...that there's a lot more to his game he's finally now getting a chance to show. Portland was the wrong situation for Martell to be in, and that's fine...that happens sometimes. But now, for a team that badly needs top-notch guard play and a player who's out to show he can provide it, the situation couldn't be more perfect.