Seth Pollack of Bright Side of the Sun does a great job of sharing media he captures from Suns game with opponent bloggers, and last night was no exception.

Kurt Rambis did do a post-game interview, but it wasn't broadcast on the post-game show as I tweeted. Probably because they couldn't broadcast "I don't give a shit about records."

The only saving grace of last night was another highlight reel dunk from Corey Brewer. If I recall correctly, it was #1 on both ESPN's and NBATV's Top 10 Plays last night . Before and after photos after the jump. 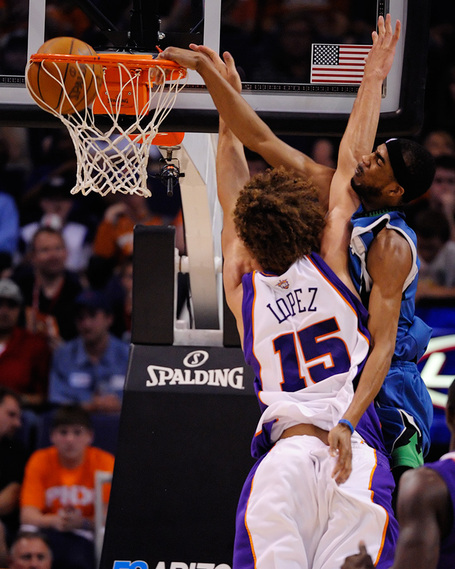