Share All sharing options for: The 12-1 run to nowhere 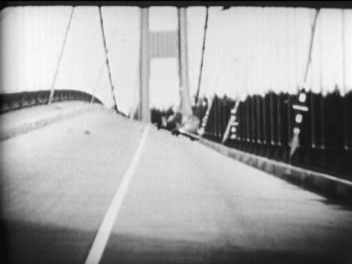 I have to admit that I tuned into the game with about a minute to go in the first quarter.  I didn't get to see, first-hand, how the Wolves gave up a 13-2 and 9-2 run in the opening 12 minutes to go down by 11 before most of the VIPs had a chance to make it to their seats.

There isn't much to say about rotations, coaching, and effort against the Lakers.  They are a bigger, stronger, and more talented team.  Kobe Bryant's mind was clearly somewhere else during the festivities and he was content with doing little more than facilitating for his teammates (13 assists in 33 minutes; which, btw,  is a nice look for him against weaker competition; time to start keeping as much mileage off those tires as possible at this stage in his career) and getting to the line (13-14).

It's that last little stat that ultimately did Our Beloved Puppies in.  Against a lethargic Lakers club who seemed to put everything into a gigantic 1st quarter, the Wolves managed to out shoot them in eFG and  out rebound them (both in terms of net and percentage).  Unfortunately, they were absolutely destroyed at the line:

For those of you not playing along with free throw rates, the Wolves managed an 8-11 tally at the free throw line compared to Los Angeles' mark of 29-35.  This wasn't about poor reffing or home court advantage.  It was about aggressiveness (even on an off night for the home team) and brute size and strength.  The Lakers consistently put themselves in a position to draw fouls on the smaller team by putting them on their heels.

There were a few moments here and there where Darko Milicic was able to be something of an equal defensive counter balance to Andrew Bynum (before his injury), Pau Gasol, and Lamar Odom, but for the most part, the Wovles were attempting to put the woefully mismatched Kevin Love 10 feet off of Odom and the even more mismatched Al Jefferson up against Gasol.

Big Al has put up some doozies of defensive efforts here in the past few games. Last night's performance was right up there with last week's effort against the Dallas Mavs.  It's one thing for a guy like Love or Jefferson to be taken out on the perimeter by a guy who can put the ball on the floor like Odom, or, from another recent mismatch, Carmelo Anthony.  We all know that neither of these guys is going to be able to stay up with a combo forward with any sort of athleticism.  It's quite another for one of them to be abused by a guy they should be expected to guard were the team to have a normally sized lineup.  When Al gets lit up by Nene or Gasol, that's more frustrating (and depressing) than watching Love play the matador to Odom or Melo.

Last night's non-Darko front court defensive action was a panoply of bad positioning, poor rotations, and outright indifference to the large men in yellow streaking towards the rim.  It is only by the reciprocal indifference of the Lakers that the Wolves did not surrender their 3rd straight game of 120 points or more.

The other elephant in last night's loss room was the awful play of Damien Wilkins and Ramon Sessions, particularly in the 3rd quarter.  After a poor start, (no free throws in the 1st quarter, really?) getting massively out-gunned at the line (again, no free throws in the 1st), and posing very little in the way of interior defense (other than Darko, of course), the Wolves managed a 12-1 3rd quarter run to pull ahead by 2 points with about 5 minutes to go in the 3rd.  This little run did three things: first, it provided Wolves fans (and the players) with their first moment of "hells yeah" in the past week or so.  Second, it caused Phil Jackson to call a time out and remind his players that they actually had to exert some effort against the cute little squad from Minny.   Third, it came at a point in the quarter where the Wolves had to make some substitutions and...well, it all fell apart from there.

Upon entering the game after the end of the big run, Sessions and Wilkins combined for 3 turnovers (it should have been 4 were Jonny Flynn not charged with bumbling a bad Wilkins pass...at least that's how I thought it was scored) and several questionable passes.  These weren't just your run-of-the-mill NBA turnovers and miscues.  They were Damien Wilkins throwing the ball out of bounds in front of the Lakers bench without any sort of pressure.  They were Ramon Sessions making a lazy pass to Jordan Farmar near 1/2 court.  It was brutal.  I can't remember a time where effort has been an issue for either of these players, and it wasn't an issue for Ramon against the Lakers, but holy crap did Wilkins look like he was going in slow motion last night.  On a night where Corey Brewer and Ryan Gomes were being locked the heck down by Ron Artest, this was a game where Wilkins needed to show up and he did not.

Wrapping this thing up, one of the big reasons why the Wolves were blown out at the free throw line, and one of the reasons why they couldn't match the Lakers overall talent level, was the awful play out on the wing.  This was the starkest example we have seen in a long, long time that the Wolves lack a real wing rotation.  Brewer, Gomes, and Wilkins were a combined 5-19 from the floor with 13 points, 5 FTAs, 9 reb (only 1 offensive), and 7 turnovers.  That's awful.  That's really awful.  The team simply did not have anyone who was a threat to put the ball on the floor and score from the wing.  They didn't have anyone who could run a play and get his teammate open from the wing. It was brutal.  It is also a pretty hefty problem in an offense that requires competent wing play.

Well folks, that about does it.  It was nice to see something approaching a close game.  The Lakers clearly weren't giving it their all but that doesn't take everything away from some nice moments for the Wolves; namely, Kevin Love, Darko Milicic, and Jonny Flynn showing up to play.
What say you?