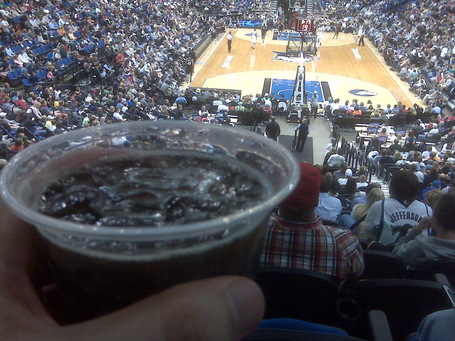 A big thank you to everyone who came out to the 2nd Annual Hoopus Night Mark Madsen Three Point Memorial Remembrance and Remonstrance against the Heat.  We were able to watch a so-so game in a relatively packed house after getting a very candid and informative (and thorough) Q&A with POBO David Kahn.  For those of you who weren't there, you can get a recap of the action on our Twitter feed.

Wyn and I are very appreciative of the community here on this site and we hope to grow this event in the future.  Thanks again to those who came, and to those who had to stay at home, for making this site what it is.  It is very much appreciated.  Thanks to the Wolves for accommodating this event.

A few game notes below the fold.