Share All sharing options for: Almost There: Beer-Off, Pt. ii 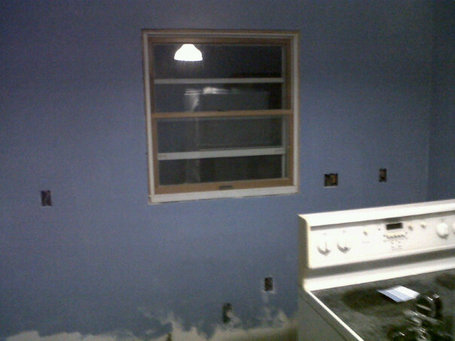 The end is in sight. After clearing the unexpected hurdle of having to rewire the entire house's electrical system (hooray 1950s wiring!) we are back on track with the kitchen project. The painting has begun and the cabinets are being assembled in the basement. Tomorrow the first wall boxes get hung. Much beer will be drunk.

Speaking of the brew, we need to conduct part deux of our our Official Hoopus Beer poll. Part one can be found here. Bell's Two Hearted Ale narrowly beat out/up the hipster swill PBR by a vote of 86 to 84 in the non-Minny division. Tonight we deal with the hometown heroes. Who will represent the Great White North in the Hoopus beer competition?

Before we get to the poll, I may have found myself a new favorite beer. Weyerbacher's Double Simcoe IPA. It's absolutely absurd. I have no idea where you can find it in Minny, but I picked up a few bottles at Beertopia while visiting friends and family in Omaha. It comes in gigantic wine bottles and it is 9%. It wants to rule your world. Help it out. Anywho, the poll: