One of the main attractions at 600 First Avenue during the past 6 or 7 (who are we kidding: more) years has been the colossal awfulness of Our Beloved Puppies. For fans of the so-bad-its-good genre of human experience, the Wolves have been professional basketball's most top shelf product for quite some time. Say what you will about the competency of the people who have floated through Target Center's front office doors, but do not say you were not entertained by their devotion to the bit. The Wolves happened. On purpose.

Down the Mississippi in New Orleans, a new breed of Wiseauean basketball is attempting to enter the world. The pain of birth, the boobery-caused disbelief, the screams of agony. (It's going to be ok, Hornets fans, the few of you who will stick it out will be rewarded with valuable lessons about life, comedy, and the human condition.)

Back where the river began, the worn-down wolfpack of 1,707 are checking the backs of their credit cards for the security code on yet another year of...what...co-workers aren't asking what in the hell you're wasting money on? Friends are asking about that Rubio kid (and are doing so in an completely sincere and unironic way)? Your spouse/girlfriend/boyfriend isn't cracking jokes about lighting your money on fire?

Where am I? Where are we? Who are all these new people?

I don't do this to be ironic or hipster or detached. I grew up as a fan of the Muppets (I'm listening to the John Denver Muppet Christmas album right now) and I value sincerity and heart-felt attempts at something truly special and meaningful. I have found that, more often than not, modern life delivers these authentic moments in little bundles of awkward awfulness instead of carefully calculated blasts of "Awesomeness!" (ironic quotes put forward with complete sincerity). 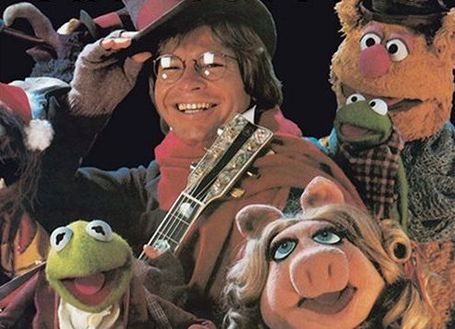 The Wolves are my awful. They are glorious in a way that is unrecognizable to the "Lovable Losers" (ironic quotes intended ironically) in north Chicago or the drunk inferiority-complex-ridden-punishment-gluttons of Viking Nation (sorry, Zygi World). The Wolves don't just drive their car into the ditch, they have the common decency to give a turn signal so no one else gets hurt. They approximate the feelings, thoughts, and actions of other more successful franchises--only ending up showing the world that they are truly one of a kind when their minor masterpiece ends up having very little to do with good professional basketball and everything to do with their complete inability to approximate competent human behavior.

This past off-season has been the best off-season in team history. There is no skirting this basic fact--95 or 03 be damned. The team will introduce its top draft pick of all time. They have a Spanish Cash Cow who may be the premier passing point guard of his generation. They have the best rebounder since Dennis Rodman. They're not the New Orleans Hornets.

Your mind isn't a time machine. Live in the now. Meta doesn't live on a bandwagon. Confucius says hooray for fortune cookies.

Good lord, what are we going to do with competency?