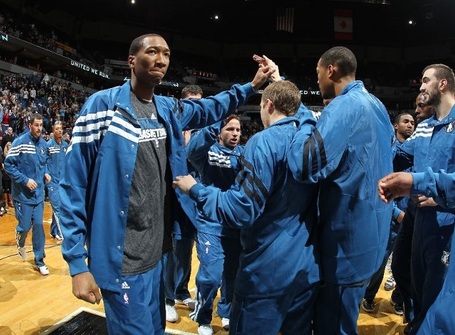 The Milwaukee Bucks organization must be insane. Who in their right minds would choose to play the Minnesota Timberwolves again after what happened on Saturday night?

The Minnesota Timberwolves are nothing if not generous and I'm not talking about their 14 turnovers from Saturday. The Wolves are so charitable that, a mere four days after crushing the Bucks 117-96, they've agreed to a rematch in Milwaukee and have even agreed not to play Ricky Rubio and J.J. Barea.

It's been a rough week or so for Wisconsinites. Their baseball team's MVP tested positive for elevated levels of testosterone. Their football team lost its undefeated streak to the Kansas City Chiefs. Milwaukee City Comptroller Martin "Wally" Morics retired after 16 years on the job. The least we could do is try to "level the playing field".

Of course, we all know that the playing field could never really be level between these two teams, especially when Kevin Love and Michael Beasley are still playing, but maybe the margin will be a little closer. 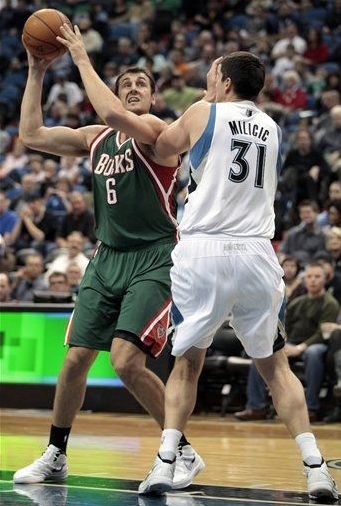 In a recent survey by Frommer's Travel Guides, it was found that the number one reason people do not travel to Serbia on vacation is, "Darko's Shot Blocking". You'll notice that Australia's tourism industry is doing just fine.

On Saturday, Darko played the type of game that most Timberwolves fans want him to play. He scored 5 points on 2 shots, but also grabbed 4 rebounds and blocked 3 shots in only 19 minutes. He was efficient, his defense was solid and he did not try to do too much on the offensive end.

People tell me I shouldn't make any conclusions based upon a single preseason game after a shortened offseason. But really, I think that's the best time to make conclusions. After all, once all that "training" and "practice" get in the way, it can be hard to tell who is really a great player. I like knowing that our players are the most naturally talented. 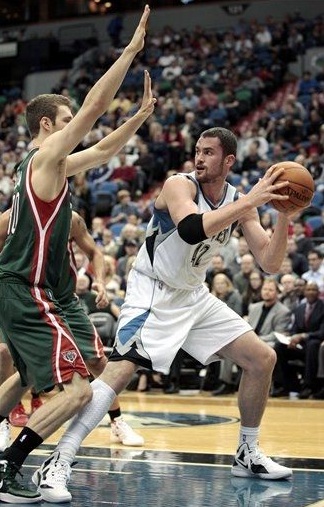 I can't wait until the Timberwolves give Kevin Love an extension and a pay raise, so he can finally afford to buy some food.

Kevin Love's stat line against the Bucks on Saturday was pretty ridiculous. 21 points, 15 rebounds and 3 steals in only 27 minutes of play. He shot 8-of-13 from the floor, including 4-of-7 from downtown. If he continues to play this way all year, there is no question that he deserves a max deal.

While it is not the fault of Timberwolves organization, only offering Kevin Love a max deal seems a little insulting to me. He deserves far more than that. I've been thinking of ways that Wolves fans can pool our money and show our appreciation. So far, I've come up with:

Maybe we can even get Orono's own Jon Leuer to chip in as well. It seems like he already gave Kevin his own gift on Saturday in the form of that post defense. 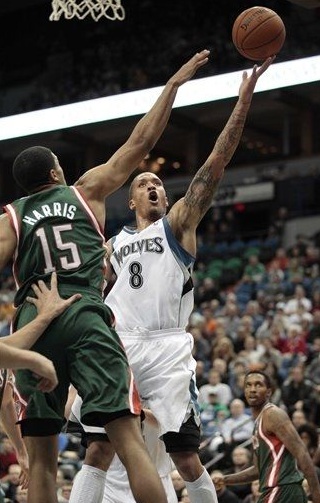 Beasley's ankle looked pretty healthy on Saturday night. Although, I think "defense" from Mike Dunleavy and Tobias Harris has a strange healing effect.

Against the Bucks, Michael Beasley's stats weren't quite as impressive as Mr. Love's, but they weren't too shabby either. 21 points, 6 rebounds and 3 assists, along with a +/- of +23. He also got to the line 8 times, and if he can keep up this level of efficiency, he would be the type of scorer that we have always needed in Minnesota.

On the other hand, Mike Dunleavy and Tobias Harris combined for a +/- of -23. Scott Skiles-led teams are notorious for having overachieving seasons when he is first hired, and then slowly declining over time. Below-average veterans like Dunleavy and below-average rookies like Harris are certainly not going to help Milwaukee avoid this precedent.

I would expect Beasley to have another stellar performance tonight unless Milwaukee can somehow complete a trade before tip off. 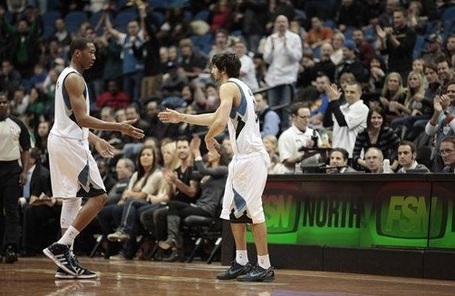 The Target Center crowd gave Wesley Johnson a standing ovation after checking out for Ricky Rubio in the first quarter of Saturday night's game.

Playing on the Timberwolves is a tough task, especially for a young player. There is so much talent on this roster that, even when playing well, it is hard to stand out by comparison. It's like if there were a movie with Kurt Russell, Keanu Reeves and Sylvester Stallone. If George Clooney was cast in that movie, even though he's a great actor, it would be tough for him to stand out with all that other talent around.

That's why reviews were luke warm (no pun intended) for Wesley Johnson's game on Saturday night. He only shot 1-of-6 from the floor, but he did grab 8 rebounds and pass out 2 assists while finishing with a +4. Not everybody can be the star and Wesley Johnson excels at not being the star.

Carlos Delfino, however, has consistently stood out in his six-season career for being a terrible player. I would expect another one of his famously awful performances tonight. 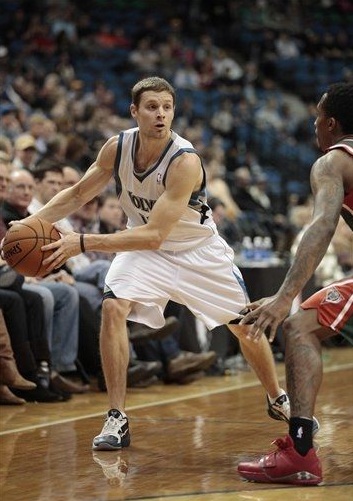 Bucks fans are starting to wish they had traded up for Jonny Flynn in the 2009 NBA Draft instead of selecting Brandon Jennings.

It is undeniable that Ricky Rubio is a new star in Minnesota. On Saturday, fans at the Target Center cheered whenever Rubio did anything on or off the court.

Shooting in warmups. Easy bounce passes. A layup. Checking in and out of the game. Sitting on the bench.

If this were anything other than sports, Timberwolves fans would be acting kind of creepy. Like restraining order creepy. But thankfully, he's wearing a jersey and we're in the stands, so it's all on the up-and-up.

Oh yeah, and he's not playing in this game, so you can leave your bolt cutters and night vision goggles at home tonight. 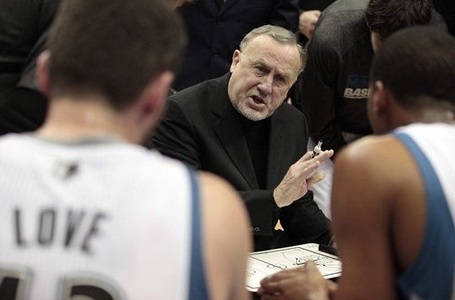