As a season ticket holder for the past several seasons, I have developed a routine over the years. Around the end of the first quarter/start of the second quarter, I usually go to the concession stand and buy an order of cheese curds. The whole thing takes about 10-15 minutes in real time.

Last night, I didn't want to get up. I thought I might miss something. That's the first time I've thought that in a long time at a Wolves game. Ricky Rubio, Derrick Williams, Kevin Love and Rick Adelman have ushered in a new era for Timberwolves' basketball:

The Era of Must-Watch Timberwolves Basketball.

Tonight, the Wolves go to Milwaukee (again) to face the Bucks for the third time in 10 days. The Bucks lost their first game to the Charlotte Bobcats and gave up a combined 32 points and 11 assists to D.J. Augustin and Kemba Walker. Think our point guards might be able to do better?

Let's break down the matchups below. 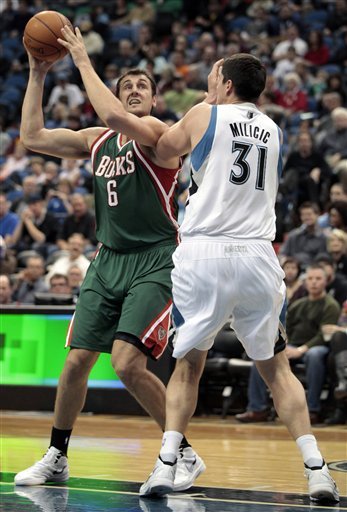 Last night's altercation between Kendrick Perkins and Darko MIlicic reminded everyone that, yep, Darko is still kind of crazy.

Last season with the Timberwolves, Darko took nearly 8 1/2 shots per game and shot only 47% from the field. Including the two preseason games against the Bucks, that average has dropped to 3 1/3 shots per game, but his shooting percentage has increased to 60%. He's also taken nearly 4 free throws per game, which is up from only 1.7 per game last season.

Granted, it's an extremely small sample size, but if Darko can play this efficient every game - while contributing on the boards and on the defensive end - he's exactly the type of center this team needs and his $4 million a year contract will suddenly seem very cheap. I feel much more confident about this happening under Rick Adelman than I would have under Kurt Rambis, whose idea of 'basketball development' was a copy of Sacred Hoops and intense stares after a mistake.

Andrew Bogut played well last night against the Bobcats - 17 points, 9 rebounds, 2 steals and a block - but he was not as solid against the Wolves in two preseason games. I fully expect that Darko will hold Bogut to under 10 points, as he has done in his last four games against him. 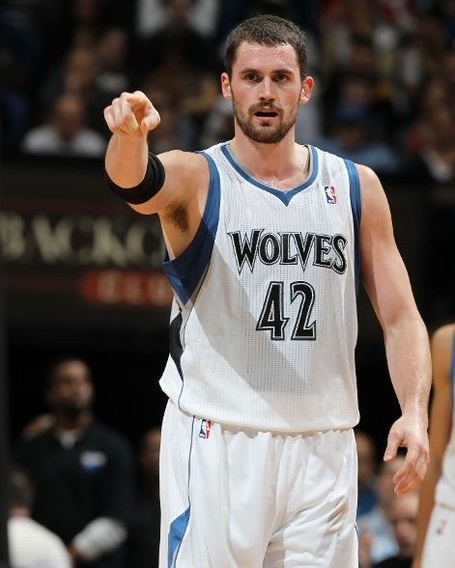 How long until Kevin Love is no longer considered the second best Timberwolves player of all-time?

If you look at the previous matchups between Love and Ilyasova, you can quickly conclude how much of an advantage Love will have tonight. Love has averaged 18 points, 15 rebounds and 3 assists in those games. Ilyasova has averaged 4 points and 4 rebounds in those games, while shooting 25% from the floor..

Against Charlotte, Ilyasova pulled down 9 rebounds, but went 1-of-4 for 2 points and had a -9 +/- on the evening. Ilyasova is one of those rare players where you wonder how he was able to get a starting spot on a professional basketball team and isn't slumming it in Troy Murphy-like minutes.

Love had a double-double in 41 minutes against the Thunder - 22 points, 12 rebounds and 5 assists - even though he went 6-of-14 from the floor and had 3 turnovers. Perhaps the most impressive part of Love's night was that he went to the line 12 times. It has been a while since the Wolves have had a guy who could reliably get free throws each game and that would go a long way towards improving the entire team's offensive efficiency.

I don't think I need to spend any more time on this matchup. 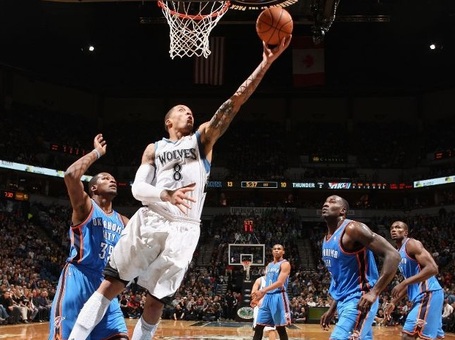 As a member of the old guard who isn't named Kevin Love, Michael Beasley is starting to take some heat from Wolves fans. The criticisms are not quite fair.

Last night against the Thunder, Michael Beasley took 27 shots. The other four Wolves starters also took 27 shots...combined. Considering that those four starters had a free throw advantage of 18-to-3, some have viewed this as troubling. Take a look at this list, however. There have been four players in NBA history who were 23 years of age or younger (Beasley is 23) and have taken more than 25 shot attempts per game. Those players:

Am I saying that Beasley is destined to make the Hall of Fame if he takes more than 25 shots per game this year with the Wolves? Not necessarily. I'm just saying that there are some pretty successful people who have been volume scorers at a young age in the NBA.

You know who isn't a volume scorer? Mike Dunleavy. He went 3-of-12 last night with 2 turnovers against the Bobcats. Don't get mad at Beasley tonight when he torches Dunleavy for 25+ points. 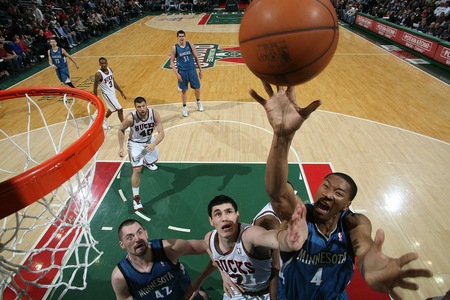 Some kids dream of winning the NBA MVP award. Wesley Johnson always dreamed of winning the Most Improved Player award and he's slyly setting up that dream to come true next season.

Since 1990, there have been four players drafted in the top 5 who have averaged less than 10 points, 3.1 rebounds and 2 assists per game while shooting less than .400 from the three point line. Can you guess who they are?

The good news is that Wesley Johnson can become the only name on that list to become an NBA All-Star. He can break the mold. Having played only two seasons so far, and on a team with limited options at the wing position, Johnson will certainly get more opportunities to improve his numbers and show that he is the player that the Wolves thought they were getting in last year's NBA Draft.

A perfect time to start would be tonight against Captain Jack, that is if the Captain can stay in the game that long. Last night, Jackson fouled out after only 17 minutes of play. It is hard to say whether he was more effective before he was disqualified, however, since he went 1-of-5 from the floor with 3 turnovers.

Jackson is 33, has been in the league 11 years and is on a team headed straight for the lottery. While he will likely not throw up eggs like he did last night against Charlotte, I don't expect him to be 2007 Golden State Stephen Jackson on this team. Johnson needs to play well tonight and shrug off some of the critics. 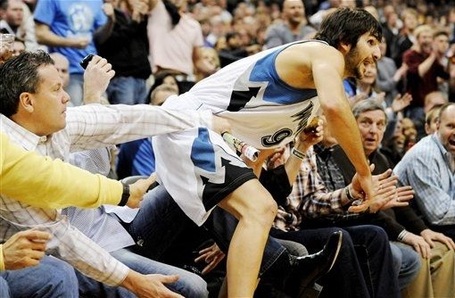 There are so few instances in life when someone or something lives up to that much hype. Although it has only been one game, Rubio lived up to all of the hype last night.

About halfway through the third quarter last night, I started to wonder whether other players on the Timberwolves resented the fact that Rubio gets so much applause from the fans, even though he had yet to play an entire NBA game. I came to the conclusion that, if they are smart, they don't. After all, if it weren't for Rubio's sweet transition pass to Anthony Randolph for a dunk, nobody would even remember that Randolph played last night. He helped Derrick Williams get on the highlight reel. He would have hit Kevin Love for a nice play late in the game, but the pass was so good that the ref thought Love must have traveled.

The only guy on the Wolves who probably has a legitimate complaint about Rubio is Luke Ridnour, and that's only because Rubio is single-handedly affirming Republican immigration policy by taking an American's job.

Rubio had six assists and zero turnovers, hit the defensive boards - one time he even took a rebound away from Kevin Love - and his shot did not look nearly as bad as what some people would've had you believe. He did hesitate a couple of times when he had a wide open three, but it is nice to have a player who doesn't always make the easy play but almost always makes the right play. He'll have his mistakes and I fully expect there will be moments when Rubio chokes away possessions and even games. Yet, in a game against a very good opponent in a sold-out Target Center, Rubio was able to make 19,406 people believe that things are going to be different this year.

When people compare the Wolves rebuild to the Thunder model, it is always pointed out how the Wolves have no one like Kevin Durant. 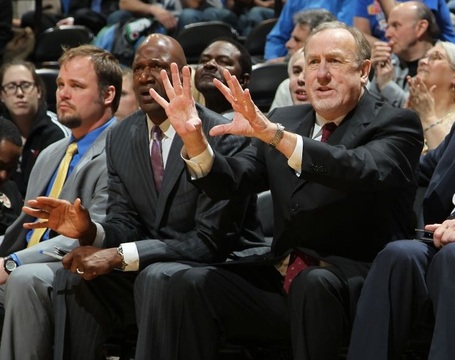 Rick Adelman will not be on the bench for the Wolves tonight. Terry Porter will take over the head coaching role against the Bucks.