What to do before the season starts

Share All sharing options for: What to do before the season starts 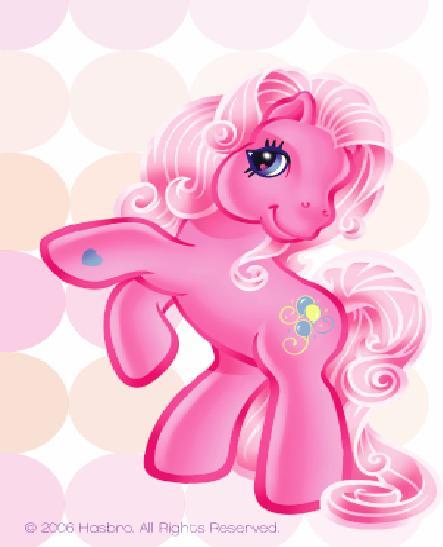 Within the next month the little orange ball will once again bounce at a professional level and Our Beloved Puppies will begin their 66-game campaign for the Moral Victory Basketball Championship of the Universe.

This is an exciting time to be a Wolves fan. The team will field two shiny new players and it will be led by an honest-to-Pete professional basketball coach. If things go really well, the 2nd best player in franchise history might actually be surrounded by another player who knows what he is doing.

Things aren’t all bunny baskets and Strawberry Shortcake. The shortened season also brings about a shortened preseason. In this setting, decisions will be highly leveraged and their consequences magnified. Yeah, amnesty is great and the Wolves have, in theory, a decent opportunity to free up a decent amount of cap space, but a distilled free agency also means that the distilled essence of David Kahn can do some truly liquored-up damage to a team that, amazingly (I really can’t believe I’m writing this), just needs to lay low this season, figure out what it has, and let the core of Kevin Love, Ricky Rubio, Derrick Williams, and (maybe) Mike Beasley get used to playing for Rick Adelman. Yes, there will likely be some recognizable free agents available. No, your favorite team does not need them... Clippergeddon be damned. Brandon Roy is not the droid you are looking for (unless you like broken toys), T-Mac is as good for your health as a Big Mac, Baron Davis would find the Minneapolis film scene lacking, and nobody wants to see Gilbert Arenas with a Minnesota concealed carry permit.

All of that being written, the Wolves need a 2 guard in a bad, bad way. Malcolm Lee might end up being a nice player, but as things stand right now, the Wolves are banking on an elderly 2nd year player who can’t dribble and an unproven 2nd round pick to balance out their Spanish Cash Cow led backcourt. Can their 2 guard needs be addressed in an economical and pragmatic way during the shortened free agency period? What sorts of players should they be looking at?

Let’s take a look at some possibilities below the fold.

In the great wide world of low-usage, defensive-minded, good shooting 2 guards, it’s pretty hard to not find an upgrade over Mr. Wes Johnson. Aaron Afflalo would be a great low-key move that would bolster the Wolves’ backcourt competency, defense, and outside shooting while not breaking the bank. The problem for the Wolves is that Denver apparently outsourced its operations to China and they will have more than enough money and roster spots to make an Afflalo signing a must. Every little school girl wants a pony for Christmas, but it aint happening with My Little Denver Pony.

Dipping back into the archives, here’s a phone call that 100% should be made:

Rodrigue Beaubois- Currently injured, but he put up awesome, awesome, awesome numbers in his first year in the league and they were kind of the types of numbers we're looking for: usage rate near 25% (not high enough for our purposes, but we're in gamble territory), a TS over 60%....he also played 12 1/2 minutes a game. Again, gambles and he probably can't maintain the huge usage rate while being a scorer, but...well, Stephen Curry was there for the taking. Damn.


Get your Beaubio jerseys while you can. Keep in mind that Dallas will have some tough decisions to make with Tyson Chandler and JJ Barrera. If the Wolves are going to rent/sell their amnesty pick, Dallas is definitely a team they should consider working with.

While we’re at it, let us take a moment to fully buy into the irrational exuberance and unmitigated optimism to formally retire the memory of Steph Curry with pick 6. Be gone! (From here on out, I'm crossing him off the list.)

More blasts from the past:

Nick Young- OK, now we're getting into silly territory. Young's price tag is probably much lower than any of the players listed so far but he also isn't nearly as good of a player as the players listed so far. That being said, he does have some promise. In a broad sense of what we're looking for with a Lovekick, Young has a .548 TS% from the perimeter, an ok usage rate (24.6%), very low turnover rate (7.7%), and he averages over a point/play. He would be kind of a long shot for this role, as he would need to up his offensive load while maintaining his efficiency, but it's food for thought. After all, this is a post trying to be realistic with what the Wolves can do and a player like Young is right in Kahn and Taylor's wheelhouse: cheap and with risk. Hooray!

Chris Douglas-Roberts- His usage rate isn't over 20, he's not that great from outside, and he has underperformed thus far as a pro, but he could a) likely be had for cheap, and b) would immediately be the best guard on the Wolves. CDR would also be the only Wolves' perimeter player who sees the value in a thing called "contact".


The bottom line here is that the Wolves have a need at the 2 guard but that this doesn’t mean they should do anything drastic to address it. If they are going to build around Love, Williams, Rubio, and maybe Beasley, they really don’t need anything other than a low-usage 2 guard who can defend, shoot, and share some limited ball-handling responsibilities. In theory, Wes Johnson maybe/possibly could develop into a squinty approximation of this type of player, but that’s not something the team or its fans should be banking on. Although, and it really pains me to say this, one of the other benefits about simply sitting on their hands with this short offseason is that they get to give Johnson another year to prove that 2 good months at the right time at the right college can make you millions he can be a solid low-usage, solid-shooting, excellent defending 2 guard.
< $4 mil/year should be the goal for this contract. If the Wolves are going to be a good team, this means that they will get solid production and decent usage from Love, Williams, Beasley, and Rubio (i.e. the guys they will eventually--hopefully--have to pay buku dollars). There is simply no reason to put a lot of money into a position that can be somewhat glossed over if the rest of the plan (i.e. the core) happens to work out. Let’s call this the Deshawn Stevenson Theory: Starting isn’t nearly as important as it seems for some players, the Wolves are going to win/lose on the backs of their 3-4 best players, and a young re-building team is much better off trying to find a 10-13 PER complimentary player in the 2nd round of the draft than they are signing one to a free agent deal. At the cliched end of the day, they are probably best off sitting on their money and amnesty option while seeing what they have in Malcolm Lee and Grandpa Johnson. However, if they do decide to make a splash, guys like Afflalo, Beaubois, or Nick Young are much better options than someone like Brandon Roy.
The Wolves have a simple goal this year: Find out if Rubio and D-Will can play while evaluating the long-term prospects of Wes Johnson, Michael Beasley, and Anthony Randolph. If they can walk away from this season with either Rubio or Williams looking like they are above average, the other one looking average, and one of the other 3 guys looking like a rotation player, this will be a fantastic campaign. It cannot be stressed enough: Last year's team was historical awful and the only thing that propped it up was a somewhat historic season from Kevin Love. Fans are going to be amazed what will happen when you surround a player of Kevin Love's quality with 1-2 (maybe 3?!) other average players. If everything goes according to plan, the team will enter Clippergeddon with...ugh, let's wait to think about that until the end of the year.