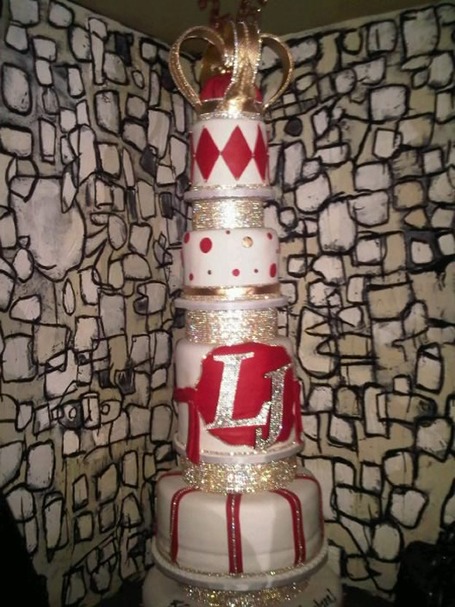 It's LeBron's 27th birthday and he is in town to play the Minnesota Timberwolves. To go with his modest-sized cake (see above), the Wolves have decided to gift-wrap LeBron a great big loss.

The Heat escaped the Charlotte Bobcats on Wednesday night with a 96-95 win that saw Dwyane Wade score only 10 points on 5-of-13 shooting with 3 turnovers and Norris Cole return to normal with 5 points on 2-of-8 shooting. Miami also let Boris Diaw finish with 16 points, 16 rebounds and 8 assists.

Wade is a game time decision for tonight's game with a sore foot.

In front of a packed Target Center, which Timberwolves' team will show up? The team that had a convincing moral victory over the Oklahoma City Thunder last Saturday night or the team that barely captured a moral victory against the Milwaukee Bucks with a spirited fourth-quarter comeback?

Will the return of Rick Adelman to the bench make a difference? 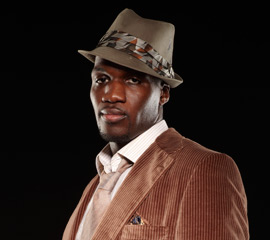 Proof that professional basketball players can dress like dorks and still be called stylish.

Joel Anthony starts at center for the Miami Heat because, well, they have to start someone there and he has been able to outplay the human buffet known as Dexter Pittman and something called Mickell Gladness. At 29 years of age, Anthony has done only one thing well his entire career and that is finish at the rim (career .547 TS%). Of course, he only takes about 2 attempts per game, and those are usually layups or dunks. So really, Anthony is so bad that he misses nearly half of his layups and dunks.

Against Charlotte on Wednesday, Anthony missed his only attempt and finished with a game low -12 +/-. The Heat should have signed Samuel Dalembert when they had the chance.

Meanwhile, Darko Milicic continues to start for the Timberwolves for reasons that are unknown. Personally, I would start Kevin Love at center, bring Nikola Pekovic off of the bench and tell Darko that the game is on Saturday, but that's just me. 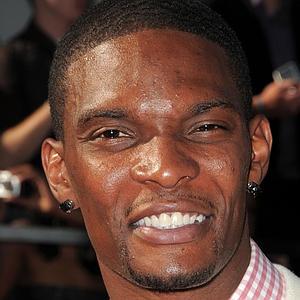 Would the Heat be better or worse right now if they had gotten Amar'e to join them instead of Chris Bosh?

Since leaving Toronto, Chris Bosh's production has decreased in nearly every single area.

The decrease in points is logical, since he now has LeBron and Wade on his team, but the others? Is LeBron taking that many rebounds from him? Is Joel Anthony taking blocks from him? Is Wade causing him to shoot worse? Or did Bosh peak on a team where he was "the Man" and shrink when he had to become a 3rd banana?

As for Love, the Timberwolves clearly need to run more ISOs and post ups for him. Over the first two games, Love has only been in isolation 3 times and has only been in post-up situations 7 times. Compare that to Michael Beasley, who has been in isolation 9 times and in post-up situations 10 times. Maybe if this happened, fans could stop with the silly notion that Kevin Love cannot create his own offense. 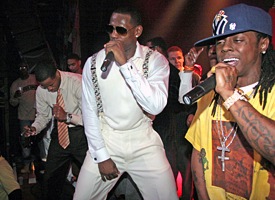 Since Lil' Wayne let LeBron rap with him, maybe LeBron should let Wayne take his place in the Heat starting lineup tonight.

Historically, LeBron James has had great games on his birthday. The last time it happened was in 2009 against the Atlanta Hawks. In that game, LeBron had 48 points, 10 rebounds and 6 assists. The time before that, he scored 38 points against...the Miami Heat and Michael Beasley.

The new Michael Beasley plays for the Minnesota Timberwolves. His trade value is at an all-time high. GMs have been knocking down David Kahn's office door trying to trade for Beasley (fortunately, the Wolves don't let Kahn in the building anymore, so this strategy hasn't worked).

You know when Michael Beasley's birthday is? January 9th. We play the Toronto Raptors on that date this year, and they should watch out, because the last time Beasley played on his birthday he had a heckuva game. 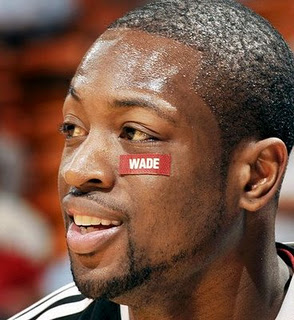 No one is sadder than I am that this trend never caught on. How else will people remember my name when they meet me?

Dwyane Wade may sit out this game with an injury, and if he does, Shane Battier may get the start. For the Timberwolves, Malcolm Lee will be sitting out the game and J.J. Barea may play limited minutes due to a hamstring injury he suffered during the Bucks game.

Wesley Johnson appears fully healthy, however, and while many have piled on the second-year player for his lack of so-called production, there appears to be a lack of other healthy options at this spot tonight. So far in 2011, Johnson's production has gone down quite significantly from last season. He has yet to shoot a free throw in two games and he is on pace for 120+ turnovers, when he only had 95 all of last year in an 82-game season.

Wolves fans are hoping that Johnson did not peak at the age of 22 when he was an Orangeman and/or that other teams' GMs do not watch Timberwolves games and might still be willing to trade something of value for him.

It is almost impressive how quickly Johnson has gone from a #4 overall pick to the pariah of the 2010 NBA Draft. 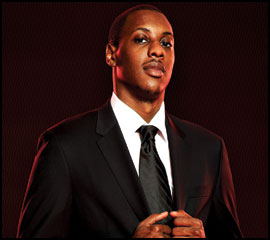 Both of Miami's point guards - Mario Chalmers and Norris Cole - came via trades from the Minnesota Timberwolves. I hope Pat Riley has sent David Kahn some Thank You notes.

If Luke Ridnour starts over Ricky Rubio for much longer, there may be a riot at the Target Center. Well, Minnesotans aren't much for rioting, but they'll certainly be unhappy and let the Wolves' organization know about it in the most passive-aggressive way possible. At this point, it is kind of like what would happen if Nickelback opened for U2. Everybody in the building, including Chad Kroeger, know who the people have come to see.

Mario Chalmers arrived in Miami via a trade in the 2008 draft, which ended up netting us two 2nd round picks that turned into Henk Norel and Nick Calathes, neither of whom every have or will play a minute for the Wolves.

Frankly, I'd rather have Rick Adelman and Malcolm Lee than Chalmers and Cole, but that's just me. We have enough guards and Rubio is better than both of them anyway. 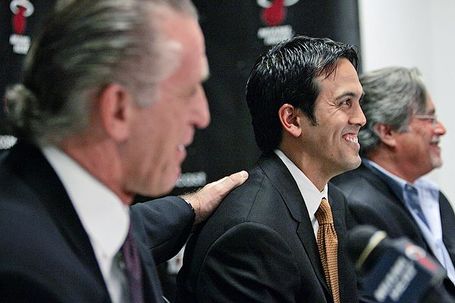 Pat Riley is so good at what he does that you can barely even see his lips move when Erik Spoelstra talks.