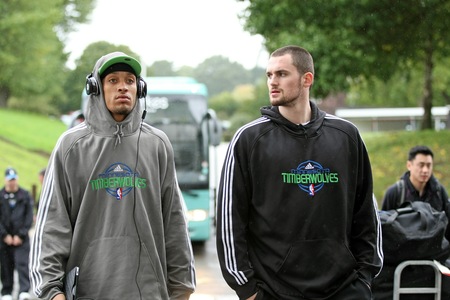 With 23 games left, everyone in Minnesota is looking for a reason to smile again.

Going into the team's game on February 27, 2010, against the Portland Trail Blazers, the Timberwolves had a record of 14-46. That's right. This year's team would be a half game back of last year's team in the NBA standings. Even I'll admit that its been a difficult time to be a fan of the Minnesota Timberwolves. The losing. The unhappiness from the players and fans. The lack of activity from the front office.

The Wolves need to start the last 1/4 of the season off right by winning their first game against the Warriors. Let's break down tonight's matchups and also give each player a goal for the rest of the season: 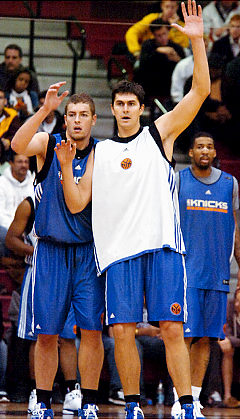 Darko posts up David Lee while on the bench with the New York Knicks.

1. Beat out Andrew Bogut and JaVale McGee to league the lead in Blocked Shots.

2. Keep all jerseys in tact before, during and after games.

3. If cussing out refs, opposing players or teammates, only do it in Serbian.

Darko is a deep and complicated individual who happens to be great at basketball. Tonight against David Lee - or if Andris Biedrins guards him - Darko needs to start building up his confidence so he is ready to return next season as our stalwart in the middle. 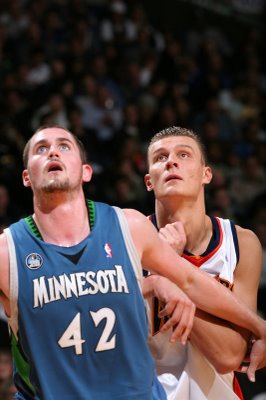 There is nothing in basketball at which Kevin Love is not better than Andris Biedrins.

1. Keep up the important and relevant double-double streak.

2. Do not punch Kurt Rambis, Jonny Flynn or any other member of the Minnesota Timberwolves.

3. Check out a book from the library on developing leadership and managerial skills.

Kevin Love wants to go to California. That's the refrain that the team and its fans are likely to hear for the entire offseason. After all, if we're not winning, why would Kevin Love want to stay in Minnesota when Love so clearly wants to head to California?

Well, let's give him a reason. The fans need to show him more support. We can start tonight and show him exactly why Love should not want to leave Minnesota for any Golden State. 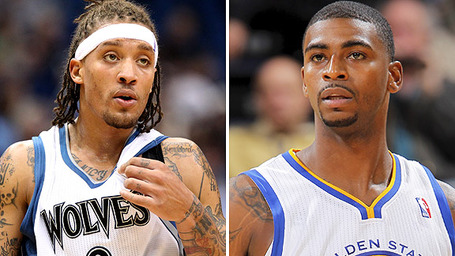 These two former Heat players are vying for Most Improved Player this season.

2. Develop crunch-time scoring, which does not mean using Crunch as a wingman.

3. Return to the samurai hairstyle

4. Keep yelling at the rims after you miss a shot. They have to listen sooner or later.

During the course of this season, we've referred to Michael Beasley as everything from Carmelo Anthony-lite to a guy who is barely worth the 2 second round picks the team gave up to get him. Fans are fickle like that. For the last 1/4 of the season, Beasley needs to show us why the team does not need to go out and get another go-to scorer. Not that the team would get one either way, but at least we'd feel better about already having one. 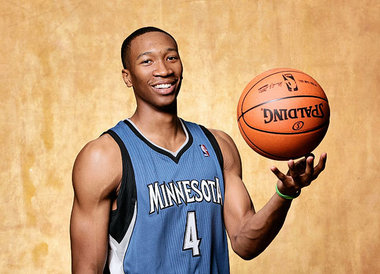 Monta Ellis couldn't make this picture. He was too busy being worse than Wesley Johnson.

2. Prove that people at the old age of 23 can still be valuable and play a role in society.

3. Dribble at least 2 hours a day. Use two balls at a time if you're feeling ambitious.

4. Come up with a cool nickname.

Of all the rookies who have come through the Timberwolves' organization in the last few years, Wesley Johnson definitely ranks up there as one of my favorite. People have written him off since he shook David Stern's hand because he was "too old", "too nonchalant" or "too bad", but not me. I still think he has "next Danny Granger" written on him. And I used a permanent marker, so that stuff is never coming off. 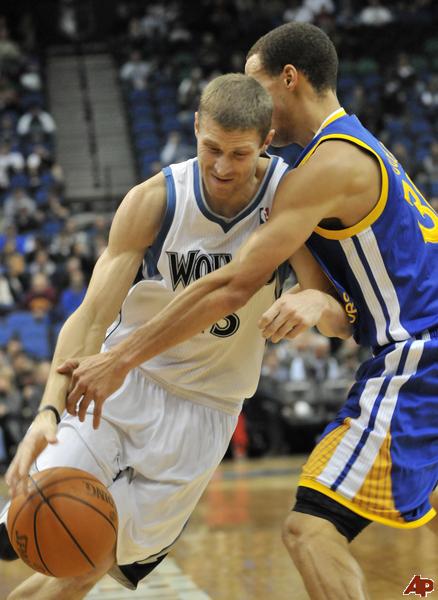 1. Develop an easy to understand "Guide to the Triangle Offense" program for Ricky Rubio.

3. Wait until there are less than 22 seconds left in the shot clock to shoot the ball.

4. Beat out Stephen Curry, Chauncey Billups and Steve Nash for the highest FT% in the league.

Ridnour can help himself accomplish #4 tonight. Of course, he can get fouled a lot tonight and make those foul shots. He can also make sure that Stephen Curry gets fouled a lot, too. Then, when Curry gets ready to shoot, he should say things like, "Ball don't lie!", or "Your dad was better!" or other trash talk that will get him to miss. He can do the same stuff with Steve Nash when the Wolves play Phoenix. Unfortunately, there are no more games left against the Knicks. 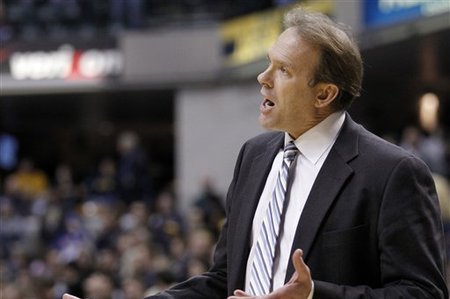 Kurt is ready to turn this team around...sometime in the next two years.