Where are we going?

Share All sharing options for: Where are we going? 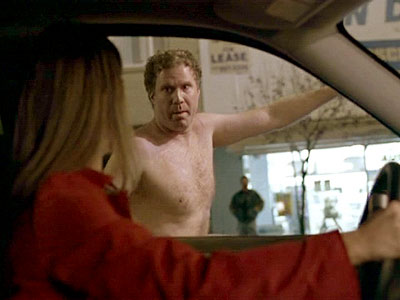 I had planned on writing an essay about the inherent pessimism of the NBA game, but I decided to settle with a more Panglossian take on tonight's action: the Wolves won their 2nd in a row and they seem to do well on the back end of back to backs.  They now have 5 wins on the back end of B2Bs.  Weird, I know....but somehow things always seem to turn out for the best. (Ugh, what I wouldn't give for a few minutes of tending my own garden after writing that last sentence.)

I watch a lot of NBA ball and I'd be absolutely lying to you if I thought there were some grand messages about the team in this game.  Jonny Flynn is playing better than his awful early-season nonsense but he's still below average.  Rambis' rotations are still crazy.  The team still plays zero defense and they don't have a lot of talent  Yet, they won for the 2nd night in a row and that is kind of nice for a change.  Kevin Love is very, very, very good at basketball and no matter how tiresome it may get from a PR perspective with the team, rooting for a double-double streak sure as hell beats rooting for cap space and lotto positioning in a year with a bad draft.

What will be interesting to see in the next few games is how much the team can lean on Nikola Pekovic, Anthony Tolliver, and Wayne Ellington.  They are thin but they seem to have a few guys who should be able to grow into nice reserve roles.  Wayne deserves some time as the Triangle point if they're not going to give a ton of minutes to Bassy.  Pekovic has the right attitude to succeed.  If he could just keep away from those ridiculous fouls.

In additional seriousness, this team can probably do what it does at its highest relative levels without Martell Webster, Darko Milicic, and Luke Ridnour.  Again, Kevin Love is very, very good at basketball and you can put any number or combination of marginal players around him and get similar results.  He needs a high-usage perimeter running mate if this team is going to click.  Here's hoping for magic before the trade deadline.

There are no earthquakes.  Things truly are for the best.  The Wolves are awesome.  Onward and upward.