It's time to hand out some awards to the Minnesota Timberwolves.

The 83rd Annual Academy Awards were held in Los Angeles this past Sunday and the King's Speech was the big winner. Maybe I'm still a little unhappy about 'The Decision', but seeing a movie called 'The King's Speech' doesn't sound that appealing to me.

"What should I do? Should I hire a speech therapist to declare war on Germany?"

Anyway, in the spirit of the Oscars - and with the Los Angeles Lakers coming to town - I thought that it would be fun to give out some of our own Academy Awards. This may not be Hollywood, but we still have a lot of stars in Minnesota. 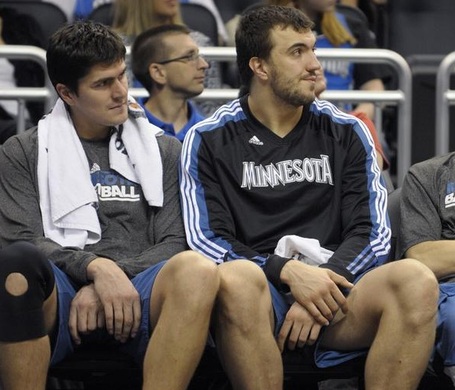 The buddy film has always been a staple of American cinema, but this year, Darko Milicic and Nikola Pekovic have brought the genre overseas. Like Mel Gibson and Danny Glover, Chris Tucker and Jackie Chan and other classic buddy film duos, Darko and Pek have scored in the post and at the box office.

In tonight's film, they take on Pau Gasol, Andrew Bynum and the big men from the Lakers. While there won't be any subtitles, what happens on the court should be easy to understand: the good guys will always win. The script might be predictable, but who doesn't love it when good triumphs over evil? 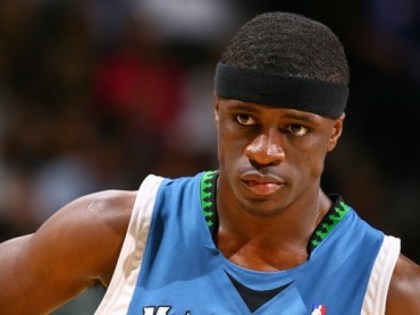 One of the most controversial films of the year, Jonny Flynn is like a Michael Moore-movie: sure, a lot of what he does might be inaccurate, but he can still be pretty fun to watch from time to time. While Wolves fans and reviewers have largely panned Flynn this season, he still has the potential to catch on as a cult favorite. 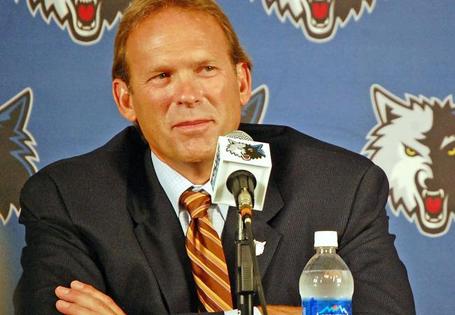 Sometimes, plots are linear and straight forward. It doesn't take a genius to understand films like Sex in the City 2 or Hot Tub Time Machine. Other plots take much more effort and brainpower to understand. Films like Inception play with your mind and might seem confusing at first, but once fully understood, can bring tremendous enjoyment for the viewer.

Kurt Rambis' Triangle offense is a lot like that. Even the actors aren't exactly sure what is going on, and maybe the lines in the script don't play to their strengths all that well, but some of the best movies of all-time have relied on this kind of plot. Forget that all of those films had a superstar actor as the lead. What matters is that basketball and film are done the right way, regardless of the outcome.

Who cares whether the top kept spinning or fell to the ground? It's the journey, not the ending, that matters most.

Anyone who has ever worked on a film set knows that it is important to have a skilled director involved with the project. The director not only helps select the cast, he or she also sets the tone for the entire production. Some directors, like James Cameron and Steven Spielberg, are well known for their quality work. Others, like M. Night Shyamalan and Vincent Gallo are the opposite of that.

The Timberwolves have been directed this season by David Kahn, a skilled director who has been involved with previous successes like the Indiana Pacers and the NBA Developmental League. He has created a wonderful and cohesive atmosphere among all of the cast and crew. The finished product should go down as historic in Minnesota basketball film history.

Mitch Kupcheck just took over an already-established franchise. Anyone can do that. 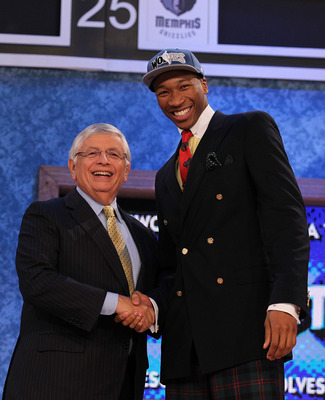 Once in a while, a new face shows up on the scene that makes everyone turn their heads and take notice. For the Timberwolves, that player is Wesley Johnson, who has easily been the best newcomer on the scene this year and one of the best new players that Minnesota has had in some time. While at first timid, he has started to recite his lines with more force and has even stolen scenes from bigger names like Michael Beasley and Kevin Love from time-to-time.

Newcomers like Derrick Caracter and Devin Ebanks are a dime-a-dozen. You can find a dozen or guys who are just as good at any gymnasium in the Twin Cities.

Wesley is an original. One of those guys who you can just tell will be gracing the stage for many years into the future. 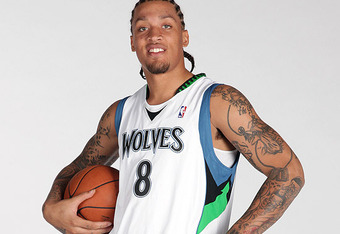 Michael Beasley could certainly be a leading man on a lot of teams. He's got the personality for it. On the Wolves, however, he is best in a supporting role. Sure, he steals quite a few scenes and if you put his name on the poster all by itself, he'd draw in his fair share of fans. But as a supporting actor, he is even more effective and is allowed to operate with more freedom in the offense.

His shot against the Clippers? One of the best endings in Wolves' film history and a moment that is sure to play over and over in our heads for years to come. That being said, the man still has not had his 23rd birthday and has a lot of untapped potential that a great screenplay (Rambis) and great director (Kahn) can get out of him. Again the Lakers tonight, I expect another Academy Award-level performance. 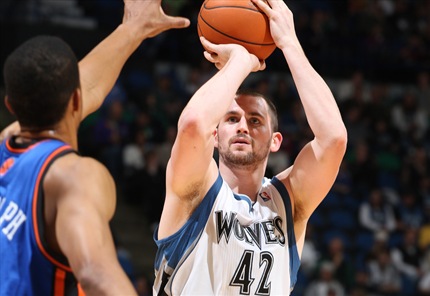 Let's face it. Every great picture needs certain elements. A good setting (Target Center). A great story. A villain that the viewers can hate (Kobe).

And a leading man with whom the crowd can identify and love.

Kevin Love is one of the best leading men in the NBA. Against another team from California, the "Warriors", Love dropped 37 points on 13 shots and grabbed 23 rebounds. Of course, everyone remembers the classic '31/31' performance.

Well, the Lakers and their fans better get the cameras and the autograph books ready. Love is ready to give another thrilling performance that is worthy of the Academy. There isn't anything that Phil Jackson or anyone else on the Lakers can do about it. 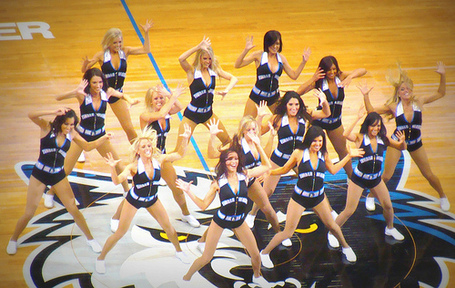 When the big wigs from L.A. come into town tonight, they are going to see that the folks from the Midwest know how to make a great film. It doesn't take the glitz and glamour of California to put on a successful production that is at the same time entertaining and educational.

I think I hear the wrap-it-up music coming on, but stay tuned, as many more success stories are sure to come from the Minnesota Timberwolves.