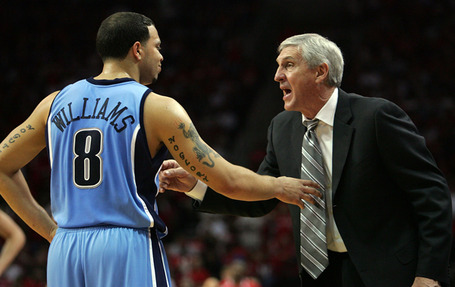 If only the Utah Jazz had traded Deron Williams a few weeks earlier...

After throttling the Indiana Pacers on Wednesday night, the Wolves will take on an ailing Jazz team tonight at Target Center. Starters Paul Millsap (left knee) and Andrei Kirilenko (back) are both out, as well as backups Francisco Elson (knee and ankle), Ronnie Price (toe) and Mehmet Okur (back).

Despite all of the turmoil in Utah, the Jazz are only 1 1/2 games out of the 8th playoff spot in the Western Conference with 19 games left to play. With the double-double record in the books, the Wolves can focus on spoiling the season for playoff contenders and playoff wannabes for the rest of the season. 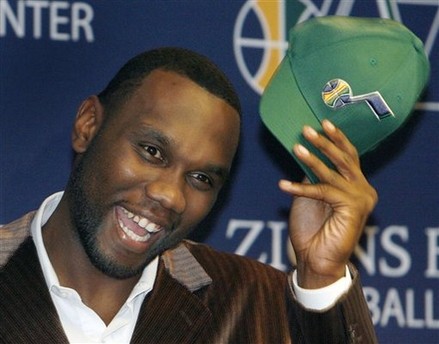 I can't help but feel a little sad for Al Jefferson.

Big Al starts on the woeful Boston Celtcs. He gets traded to the Wolves and tries to carry the team, despite a lack of supporting cast (and lack of ability to do so). He gets traded again to Utah, where finally it looks like he might be on a playoff team, only to see the longest tenured NBA coach resign and one of the best point guards in the league get traded. While the Jazz can still make the playoffs, it looks like another disappointing season for Al Jefferson.

Speaking of disappointment, do you think if Darko knew how this season would go, he would've come back to the Wolves? It doesn't look like he's having much fun out there. You know what is fun, Darko? Dunking the ball. You should try it sometime. 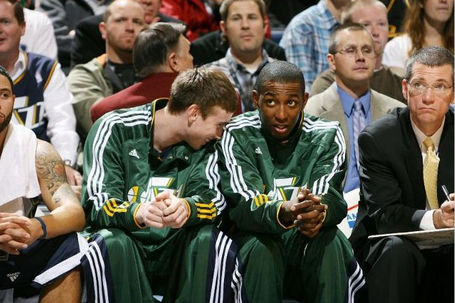 "You mean coach wants me to go out there? Should I take these warmups off?"

Only six days ago, Jeremy Evans was starting for the Utah Flash of the D-League. Now, he'll be going against the best power forward in the NBA. In his first NBA start - on Wednesday against Toronto - Evans still played only 15 minutes. He went 1-of-4 for 2 points along with 5 rebounds and three personal fouls.

Meanwhile, on Wednesday, Kevin Love got a double-double in the first half on one leg...that is beyond good. They need a whole new adjective for what Love did on Wednesday night. I haven't heard that many standing ovations at the Target Center since the last Britney Spears concert. 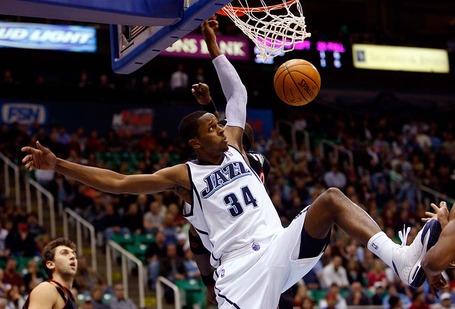 That could be a rough landing.

Andrei Kirilenko hasn't had much of an effect on Michael Beasley. In two games against Utah this season, Beasley averaged 20 points (on 50% shooting) and 10.5 rebounds per game. For all his reputation as a defensive player, Kirilenko couldn't handle Be Easy.

Tonight, however, AK47 is on the gun rack and C.J. Miles is taking his place. C.J. Miles is what we like to call a hacker. Last season, he had a foul every 7.9 minutes at the defensive end. He's doing better this year (2.7 per 24 minutes), but still not great, especially when he only shoots 2.3 FTs per game himself.

In other words, Beasley should be getting to the line a lot tonight. He needs to knock 'em down. 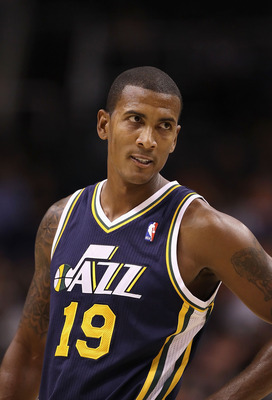 Rumors had it that the Wolves were trying to trade for Raja Bell at the trade deadline. Now, I'm not sure whether the rumors were true or not. And unfortunately, my biggest source at the Wolves (Eddie, who works the cheese curd stand) was working at his other job that day, so he wasn't much help.

If we were trying to trade for Bell, however, I would be fairly upset. Especially if we were going to trade a blue chip prospect like Jonny Flynn for him. For one, do you see everyone going nuts over Kemba Walker right now? We have an older and slower version of Kemba Walker on our team right now. Trading him for Bell would've been ridiculous and would've been the worst move of Kahn's tenure.

Meanwhile, one of Kahn's best moves - Wesley Johnson - is hopefully feeling better from his bout with food poisoning. Maybe the Wolves should pack lunches when they travel to Philadelphia next time. 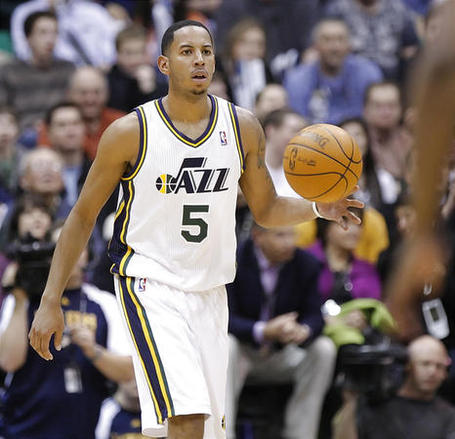 Devin Harris has a habit of getting traded for Hall of Fame point guards. First, Jason Kidd. Now, Deron Williams. Next, Luke Ridnour. I wonder what its like for Harris to follow greatness at every turn? Has he ever worn a pair of shoes that weren't too big for him?

For those who didn't watch, it actually happened. Luke Ridnour successfully completed a fast break. It was fun to watch, but like a sighting of Haley's Comet, it might not happen very often. Luke is much better in the halfcourt set. We leave the fast breaks to Jonny and his patented, "between his legs to the trailing big man" move. Classic stuff. 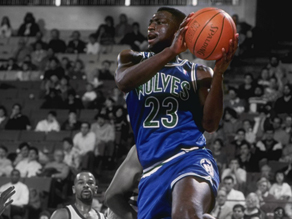 It will be nice to see Tyrone Corbin back at the Target Center.