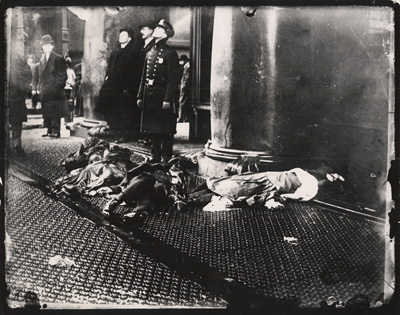 On March 25th, 1911, 146 young and mostly female garment workers either burned or jumped to their deaths in one of the most horrific workplace accidents in American history at the Triangle Waist Company in New York City.  The speed at which the accident happened was stunning.   At 4:40 pm the fire began and 18 minutes later, nearly 150 people had perished.

The fire caused the city of New York and the nation to focus on the issue of workplace safety and it is credited, by some, as the day the New Deal began.

The names of the dead can be read here. Six previously unidentified victims have just been identified.

You can learn more about the fire by clicking here, or by watching the American Experience program on the subject.