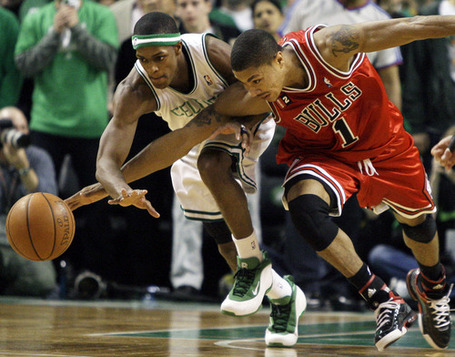 Believe it or not, it is still possible to be playing basketball this time of the year. The Pups have gone fishing so often we forget that. But the playoffs this year look to be something spectacular...a wide open field of teams. Stalwarts like the Lakers, Celtics, Spurs and Magic don't look so dominant. And they're up against an enthusiastic group of party crashers guaranteed to make this year's tournament worth watching. 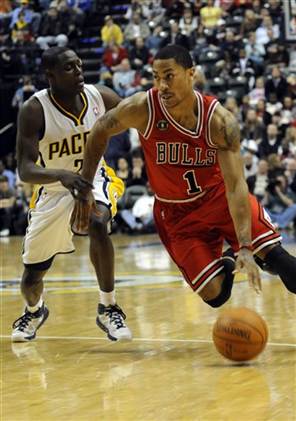 Easiest series to call. Nice story for the Pacers making the playoffs....and they are a better team than last year....but let's be honest. Indy in the first round is speaks far more to tragic failures by the Bucks and 'Cats.

So what we have is a team that did everything in its power to not make the playoffs...patchwork, underachieving roster, sub-.500 record, fired the head coach midseason....going up against the team with the league's best record, best point guard, and arguably the best defense.

Ya. Good luck with that. Bulls. 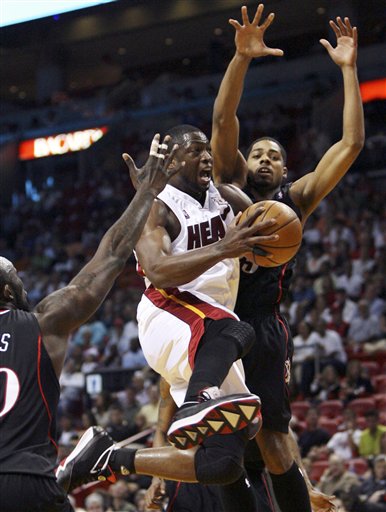 Really have to applaud Doug Collins and the Sixers. They did the impossible this season. Still, they're cannon fodder for the Heat.

Even with Miami's struggles to find chemistry and balance their star power, the sheer talent edge in this series is overwhelming. I think Collins schemes well enough to keep the Sixers from being blown out of the water every night, but they simply don't have the power or balance to take down the Heat.

The Sixers' magic runs out on them. Heat. 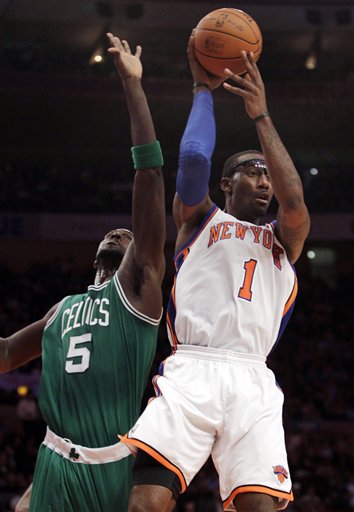 There's two very different ways I can see this series going, and I'm not sure which is more likely to happen.

One is that the Celtics' defense completely stymies a dysfunctional Knicks' offense and the Knicks' terrible defense allows the Celtics' offense to get back on track.

The other is that New York comes at Boston full throttle and takes advantage of the one thing the C's struggle to deal with: sheer chaos. I think we've seen the past few seasons with the Hawks and Bulls that the Celtics have trouble with super-fast, super-athletic, super-aggressive teams. When you come at them in a way they can't predict, they get thrown off their game.

I'm picking the Celtics because of the experience and chemistry edge, but I wouldn't be surprised if they really struggle in this one. Rondo has been AWOL since the All Star break, the O'Neals aren't healthy enough to equal even one player combined, and something about the Kendrick Perkins trade seems to have really rattled their psyche. Celtics.....? 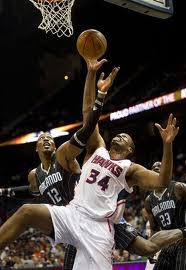 Start with the obvious: Atlanta won 3 of their 4 games against Orlando this season...1 before the major trade and 2 more after.

Also, the Hawks have found themselves something of a Dwight-killer: Jason Collins. And before you start laughing at that, note these two things:

1) Collins has been to the Finals before

Howard's had problems with burly post defenders before. He's gotten into foul and free throw trouble against guys like Nazr Mohammed and Andrew Bogut, and has never been able to figure out Kendrick Perkins. And the Magic aren't exactly rolling as a team, either. If Collins can hold the center spot for 25 minutes a night, I actually think the Hawks take this one. Hawks. 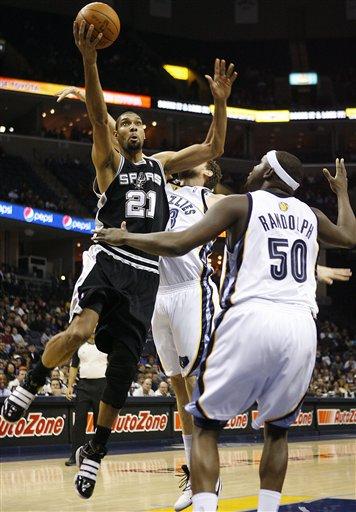 What a reward for the veteran Spurs. San Antonio defies logic, capturing the best record in the west (and probably would have been the best, period, if they hadn't sat their starters at the end of the year). And for their prize, they get a matchup with a team that could probably give them quite a bit of trouble.

It'll be interesting to see how the Spurs handle their frontcourt matchups. Do they put Tim Duncan on Zach Randolph and leave themselves at a height disadvantage against Marc Gasol? Or do they match size for size and hope Randolph doesn't bulldoze over DeJuan Blair?

San Antonio has a veteran core, runs the table in the backcourt, and are coached by a guy who can't be outstrategized. They'll take this series based on their depth, precision, and the fact the Grizz are missing Rudy Gay. But it won't be easy. Spurs. 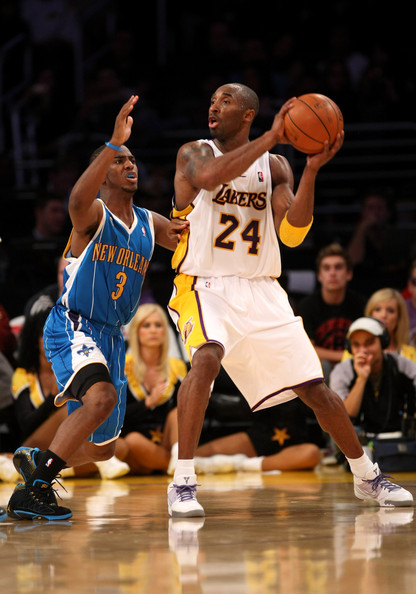 The Lakers really got gifted one by the Spurs at the end of the year. If San Antonio had played its starters and won that last game, LA would have had a much, much more difficult series against a dangerous Blazers team (and against the Rose Garden curse)

Instead, the Lakers get a relatively easy matchup against a depleted Hornets team. David West is out, their wing play is pretty lacking, and they don't have any real height or reach in the post.

The Lakers will probably be able to take this series without a heavy workload for Kobe or Andrew Bynum, which is more than LA could have ever hoped for in a first round series. Lakers. 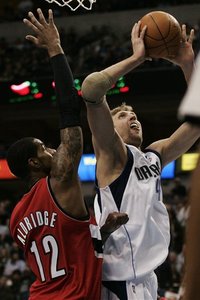 Portland matches up really well with Dallas. They've got a skyscraper in LaMarcus Aldridge to match Tyson Chandler. They've got an athletic, aggressive, mobile defender in Gerald Wallace to get after Dirk Nowitzki. They've got a steady, pure point guard in Andre Miller to check Jason Kidd.

If Brandon Roy and Marcus Camby could guarantee their health and consistently good play, I'd call a Blazers' upset without question. And I still think they could pull it off, even so. But the Mavs seem like the more likely pick here as a team that's fully healthy, ridiculously deep, and has found a love for defense. Mavericks. 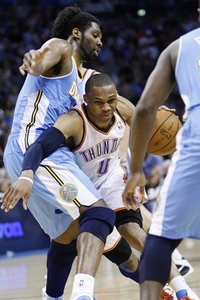 I'm kind of amused by the 'expert' predictions of a Nuggets upset. I mean, I like this Nuggets team. They're talented, deep, cohesive, and have been playing record ball since Melo bailed. But the Thunder have them matched at every spot, and then some.

The way I see it, no one on the Nuggets gives that team a significant advantage over their Thunder counterparts. But Kevin Durant and Russell Westbrook both have their Nuggets counterparts dead to rights.

Bottom line is, the Thunder have two dominant scoring forces to carry them in the playoffs. The Nuggets have none. In the regular season, you can win a lot of games with a production-by-committee strategy, but in the postseason you need alpha dogs. Thunder.