This isn't rock bottom, dear Hoopusters. This is having to look up to see rock bottom. Thanks to tonight's loss to the Suns...combined with Cleveland's win over the Raptors...our beloved Pups are now the worst team in the league this season.

So, the Wolves will have amassed the most loses of any team over the last two seasons. It runs a system through a couple of incredibly turnover-prone centers and kills point guard play. It has the league's worst defense. It has the league's least efficient offense. It's head coach actively daydreams of Orange County during games he's supposed to be coaching, and the President of Basketball Operations doesn't understand the 'Basketball' part of his title. The team has run through a mountain of draft picks and cap space in a very short amount of time and has nothing to show for it. 7 point guards have been acquired over the past two seasons, but the best one is now one-half of the NBA's best backcourt, leading a Nuggets team that has been historically good since the all star break. It's best three players are a McHale pick who actively doesn't fit the system, a DLeague/free agent, and a kid who hasn't been around long enough to get sucked into the mire yet. The front office is a circus, the draft offers basically no hope, and there's a lockout coming.

Oh, and that's also what you're trying to sell Kevin Love and the Spanish Wonderkid on. Anyone buying? Or better yet, is that where the money should be going in the first place?

The biggest contrast in tonight's tilt was simply how much more the Suns moved. Every possession, they had guys making basket cuts, fading to corners, setting screens and rolling to the hoop. The Pups? One guy with the ball while the other 4 stand in the same spot for 15 seconds of the clock.

This team should have 25-30 wins right now. Kurt Rambis has been accused of getting the least out of his players, and it's absolutely true. You could make a pretty convincing argument that he actively holds them back at this point, with a gameplan that puts the ball in the hands of the most turnover-prone players, forces jump shooters to go one-on-one almost every touch, and doesn't reward the good things that happen. How many more wins would they have with a coach who runs a simple pick-and-roll offense and respects defense?

What this team absolutely cannot do is simply turn over the roster again. That's band-aids on shrapnel wounds. The players are not the real problem. Yes, the team missed out on some obvious talent, but even so, the guys we have are good....a lot better than they've been allowed to show, in my opinion. It's what they're being told to do and how they're being used that's the problem.

And that's just the in-game ridiculousness. That doesn't even start in on how any of that got there in the first place. Who picked the coach? Who decided this team's direction? Who spent all the assets and assembled the roster? In the end, this all falls on David Kahn's shoulders...even the coaching. Kurt Rambis didn't hire himself. David Kahn is the one who put it all together and David Kahn is the one that lets it keep burning. 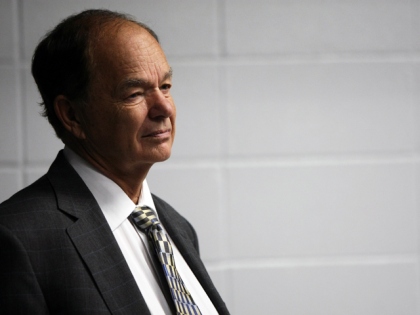 Glen Taylor needs to quit shopping the bargain bin and put real money into a legit operation. That's very different from throwing money at players. A good front office doesn't spend money on players, it finds players worth spending money on, then gets a coach who can get their money's worth from them.

Taylor has decided not to spend any more on the roster, and who can blame him? But he needs to realize he does need to spend...and spend big...on the team. Just not the part of the team he seems to think of as needing to be expensive.