Pick #2 and the return of the Hoopus draft poll

Share All sharing options for: Pick #2 and the return of the Hoopus draft poll 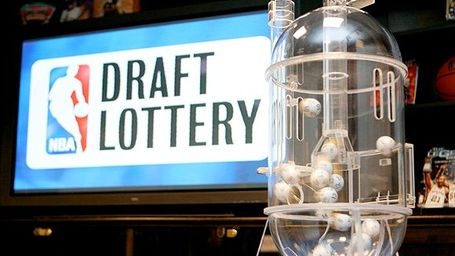 Fate is a cruel mistress, is she not? Once again, the Wolves fall in the draft order, surrendering poll position (and Kyrie Irving) to the Cavaliers. I have a feeling that 5 years from now, this will be written about in the same vein as just missing out on Shaq, or just missing out on Grant Hill. Once again, the Wolves are one pick behind the big talent dropoff in the draft.

I had been putting this off in hopes that the Wolves would simply land the #1 pick, and then we'd only have to do this once. But I suppose we can safely ink in Irving to the Cavaliers (I mean, let's just be honest, right?), so...

Here's DX's mock draft, ESPN's big board, and the final adjusted Hoopus Score. Consensus talent appears to be Derrick Williams, but is a combo forward really what a team that already has Love, Beasley and Randolph really needs? Time for you to decide.

And yes, we are skipping the option for a trade right now. I'll get discussion threads up for that in the next couple of weeks. But that's kind of opening up Pandora's box, so for the sake of simplicity and continuity, we're going to...for now...just assume we keep the pick and here's the guy I want us to take.

EDIT: Voting will be open for three days. Count 'em....uno dos tres....then we'll get talking about trades and start voting on pick #20