Actually, first of all, I owe you all an apology. Derrick Williams' press conference was today, and even though I watched it myself (from work no less. Shhh don't tell), it never dawned on me to put up a thread and let you all know it was happening. Definitely my bad. Fortunately the Star Tribune saved us all by taping the interesting parts:

So yes. Derrick Williams is the newest member of the Timberwolves. He's not being traded (at least for a while). And neither are Beasley, Wes, Love or Ant Randolph. Which is.....well......interesting, to say the least. 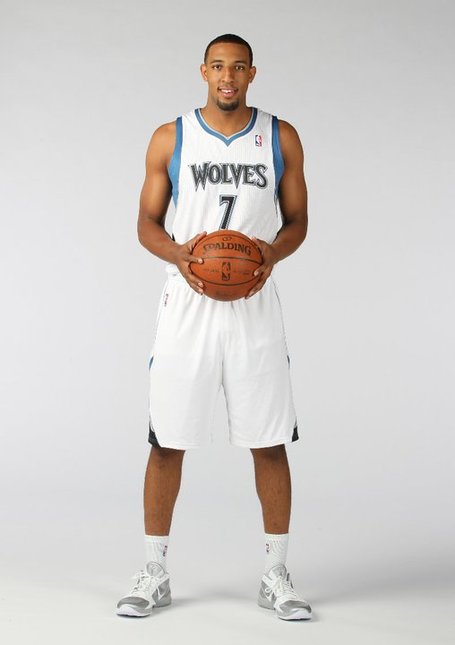 Derrick Williams is a fairly known player. That's not to say he won't improve, because he certainly has potential to spare, but he's far from the enigma a guy like Bismack Biyombo is. The long summaries can be read here (S-n-P pours out an overwhelming amount of raw data) and here (biggity2bit with a overview of his game).

The short summary is Williams is a tweener most ideally suited to play power forward, with a rather promising combination of power and aggressiveness and a solid deep shot. Ignoring the fact he's in direct competition with half the roster for playing time, and is practically a clone of Michael Beasley, Williams is a very solid prospect who can play inside or out and will almost certainly make an immediate impact.

Unfortunately, the position issue can't be ignored with this team. The ultimate fallout of the draft is 4 of the Wolves' 5 best players are best suited to play power forward. Or 5 of their 6, if you're like me and rank Anthony Tolliver towards the top of the list. That's difficult. Even the rolliest of coaches who roll with the punches will struggle to make that work.

S-n-P championed Alec Burks and Bismack Biyombo for a reason. And while the Wolves did have strong interest in both (I saw several mentions of sending Flynn and #20 to Utah for #12. That was a legit deal the Wolves actively discussed) no trade was made in the end.

So with no intentions of a followup trade, the roster imbalance will take....as Kahn delicately put it.....creativity. This is the Wolves' latest experiment in squaring circles. 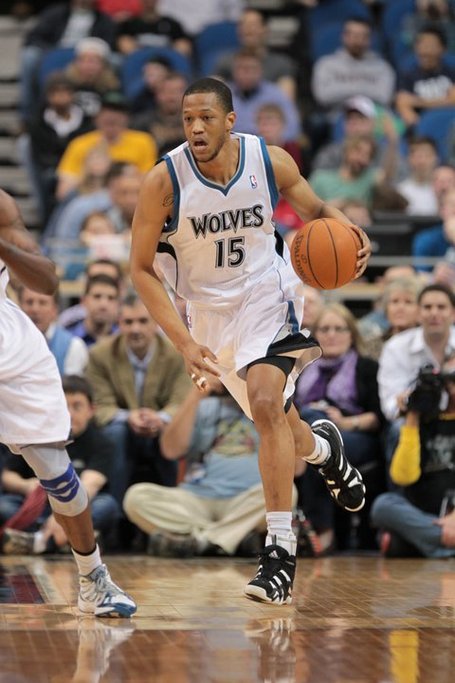 I'm not going to write an essay on how to do so, but I do have one clear suggestion....the same suggestion I've been pushing for a while now: start Anthony Randolph at center. And play Love there in specific situations too, I suppose. But Ant has been a forgotten man, which is a shame, because he's not only talented, but rather ideal for the situation. Putting Randolph at the 5 would go a long way towards establishing some stability in the frontcourt. While Biyombo is an intriguing project, I have said before...and still maintain....that the Wolves already had (have) a nearly perfect compliment to Kevin Love. Ant Randolph is tall, long, athletic, mobile, has shown strong flashes of go-to scoring in the post and loves playing defense. If he were 20 lbs heavier, no one would even think twice about this, and all things considered, weight is the least of our worries when it comes to picking a center.

What I am not in favor of is position by committee. I am not in favor of a 3 man rotation of Wes, Beas and Williams at the 3 every night where they each play 15 minutes. Ditto Ant/Darko/Pek at the 5. One of the most important elements for any franchise...rebuilding or contending, is defining roles for the players. Very rarely does the revolving door strategy work.

Also worth noting is that Williams has the approval of Love and Beasley. The team discussed the possible selection with both before the draft because they, too, knew the position issue was going to be a problem. But neither had a problem with it. Beasley was, in fact, rather enthusiastic about it, as he and Wes had met Derrick before the draft playing pickup ball in Los Angeles. So while there may be something of a deathmatch in the end when it comes to fan opinion, don't expect there to be any particular hostility between the players themselves, like there was between, say, Tyson Chandler and Brendan Haywood.

Now, the good news with all of this is the team is in the hands of Ricky Rubio this year. There is a certain breed of point guard....the Jason Kidds, Steve Nashs, Rajon Rondos, Chis Pauls....that understand the game so well they're able to take mismatched pieces and find a way to fit them together. Rubio is in that mold. His whole focus is the team, and how to run it the best way possible, which is going to be something that is relied on heavily this year as the Wolves try to fit 5 deserving players into essentially 2 positions.

It's not like we're unhappy with Derrick Williams. I haven't seen anyone just outright unhappy. He was the consensus #2 pick on all the mocks, on the Hoopus Score, on the community board, on Facebook...everywhere. The Wolves did right by picking the best talent on the board and keeping him. But they do have a lot of work cut out now to figure out how it all fits together.