Share All sharing options for: NBA is now spelled L-O-C-K-O-U-T 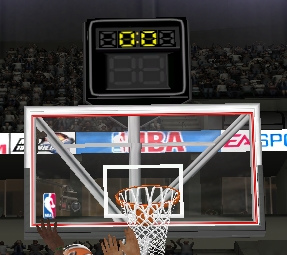 The clock is ticking on the NBA. At midnight tonight, Thursday June 30th, the league's Collective Bargaining Agreement expires, and everything goes into lockdown.

Today's last-ditch effort at a meeting is was purely a formality. This lockout will has happen(ed).

For the first time in years, we Timperpuppy fans have a reason to be genuinely excited for the upcoming season. Except that season could be completely wiped out, and here's why.

The first thing to note is that, as many of you already know, the NFL is already in the middle of a lockout of their own. Why is this important? Well, because their lockout has landed in court. The NFL players' union decided to become a former NFL players' union, decertifying themselves in order to file an anti-trust suit against the NFL (Brady v NFL). The NBA players' association is still in business, but has filed a similar suit against the NBA, alleging that the league was negotiating in bad faith, and planned to lock the players out regardless. The circumstances are different, but the end accusation is the same: both leagues violated player trust, and thus a lockout should be ruled illegal. The 8th circuit has granted the NFL owners' request for a stay on the players' appeal, which essentially means the NFL lockout remains in place until a final ruling is made. The NBA is certainly watching the proceedings very closely, as the ruling the 8th circuit makes in the NFL case will set the precedent for all pro sports leagues when it comes to CBA judicial rulings.

Beyond this, the are a number of issues dividing Stern and Taylor (and) Co, and Billy Hunter and Derek Fisher's crew:

Salary cap: Many moons ago, the NBA and owners were pushing for a much lower "hard" cap. In other words, they wanted each team much more restricted in terms of how much money could be spent on the roster, with no exceptions for going over it. This would have eliminated a lot of the practices and contracts that have become commonplace in the league: mid-level exceptions, Bird rights, things like that. The NBA/owners have since relented (somewhat) on the issue, now instead pushing for a flex cap. Which is really just a hard salary cap tweaked and with a fancy name. Teams would still be able to exceed the cap under very specific conditions (it's assumed that there wouldn't be nearly as many exceptions for this as there are now), but in almost all cases the upper limit will be final. This would also effectively eliminate the luxury tax....something some owners would be very happy about, others, not so much.

Sign-and-Trade: Bird rights have become a central issue, as owners/teams look to eliminate sign-and-trade deals. Essentially, Bird rights allow teams to exceed the salary cap to re-sign their own players (a practice first used by the Boston Celtics to re-sign Larry Bird. Thus the nickname) This has led to players leveraging teams they are leaving to sign bigger contracts for longer time periods, even though the team doing the spending won't receive the services of that player. Although the team generally receives compensation, a key element in these types of deals....trade exceptions...would be all but useless under a hard salary cap.

Conversely, players want to build on current sign-and-trade practices. Currently, teams over the cap must come withing 125% of the exchanged salary amount for a trade to be validated. Players want that figure doubled to 250%, with a proposal to eliminate the Base-Year Compensation restrictions.

Contract length, stipulations and guarantees: This may be the biggest wall between the owners and players. The NBA would ideally like to transition to a system much more like the NFL, where contracts are usually 3-4 years (rather than 5-6, as they are now) and most of the money is unguaranteed (meaning teams can terminate contracts without buyouts or other significant financial reprocussions). As you can imagine, the players are not too thrilled about that. They like the current system. They like big contracts they're guaranteed to collect on, rain or shine. They see no reason to be held responsible for the other side's financial irresponsibility, and in that respect they do have a point. Yet at the same time, it can be argued that owners are forced into this situation by the market. Most players are overpaid in proportion to the amount of winning basketball they contribute. Yet in a field of limited free agents, teams are essentially forced to either bid higher than their budget line, or potentially end up with nothing as other teams spend. All it takes is one team willing to overpay to set things off.

Instead, the players propose a restructuring of existing exceptions, such as reducing the length of MLE contracts to 4 years and adding a second MLE for each team. They also want to eliminate restricted free agency, or at least adjust the amount of time teams have to match an offer to an restricted free agent. The owners likely see that as lateral movement, as best.

Commiserate with this is the owners' desire to also reduce rookie contracts. But since they already have a rookie scale in place (while other leagues still do not), they understand the players have already conceded quite a bit in this regard, so this particular issue is unlikely to get pushed hard, and may be dropped altogether.

Escrow: The NBA has a financial term called Basketball-Related Income (BRI), which is basically any income the league makes from basketball activities: ticket sales, concessions/parking, logo and broadcasting rights, summer camps and special appearances, etc. The BRI is divided up between the league and players, with the maximum limit for the players being 57%. Currently the league holds 8% of that in escrow as a failsafe should the players somehow exceed the 57% limit, but the players feel that's unreasonable, as it's money they've already earned.

Now perhaps the one thing the league and players do agree on is that the players should carry some of the financial burden for updating arenas and practice facilities. It makes sense that the players should contribute to keeping the environment state-of-the-art, as they are the ones who primarily use them. This is one of the biggest issues in the NFL lockout, so again, keep an eye on how that unfolds.

Age Limits: Currently, players must be 19 years of age and at least one year removed from high school to be eligible for the draft. Players want this reverted back to the old rule of only needing to be 18. The NBA wants it pushed up to 20 and two years (or ideally, 3 years, like the NFL).

Interestingly enough, the NCAA will probably have a significant role in this issue, as they were not particular fans of letting players go pro directly from high school, and are certainly not fans of the one-year rule that turns their college programs into and endless stream of one-and-done phenoms. Look for them to advocate strongly for a two-year rule as well.

Off-cout matters: The NBA and players are divided on how long a new CBA should run for. The league wants 10 years. The players want 5.

Also at issue is the matter of off-court discipline. Players would prefer to have a neutral arbitrator for all discipline matters, particularly appeals, should they feel the league has handed out an unfair punishment.

The sum total of all this is likely going to equal a very long lockout. As you can see, the sides are practically on different planets right now. And these aren't the only issues being debated either.

The league is fully prepared to wipe out the whole season. They can afford to. For certain teams, it might be best to. The players? Well, we'll see. At the least, they aren't nearly as well suited for a war of attrition, if that's what it comes to. The league and owners have significant sources of income away from the court. The players do not.

One critical note to make, though, is that while the focus is on owners v players, there's quite a bit of owners v owners happening too. A hard salary cap is not appealing to all teams. Glen Taylor certainly would favor it, as an owner of a small market team. Mark Cuban would like to be able to build a competitive roster without having to get into a bidding war. Dr. Jerry Buss? He couldn't care less. In fact, as the free-wheeling owner of a marquee team in one of the world's most attractive markets, he likely favors a soft cap. Players practically beg to play for his team, and he lacks no resources to pay them.

So brace yourselves, Hoopusters. Midnight tonight, it all goes to hell. Summer leagues are cancelled. The season is in doubt. Ricky Rubio and Derrick Williams are here, but who knows when you'll actually get to see them play.