A Fan Without a Country

Share All sharing options for: A Fan Without a Country 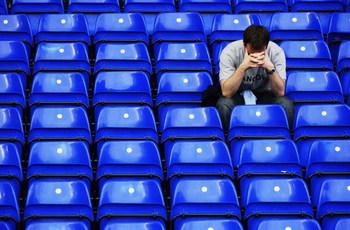 My Thoughts on the Lockout and the Shutdown

In about four hours, both my favorite professional sports league, the NBA, and my state government will stop. The NBA owners will choose to lock out its players until a new collective bargaining agreement can be reached. The Minnesota legislative leaders may force a state government shutdown if they cannot reach a budget agreement in time. For the state, it appears that there is still some hope of avoiding a shutdown. For the NBA, it appears a lockout is a virtual certainty.

Behind both disagreements, as well as the disagreement that has caused the current lockout in the NFL, and the vast disagreement across the country that is fueling movements such as the Tea Party, is a single question:

It is not a simple question and it does not have a simple answer.

Regardless of how concise NBA analysts and political pundits try to make these issues, and regardless of the vitriol that seems to accompany every side, there are people whose lives will be immeasurably altered by decisions they do not have the power to make.

Yes, I am disappointed in the lockout and by the potential state shutdown, but my disappointment and inconvenience is a minor issue here. In the NBA, although the focus tends to be on the billionaires (the owners) against the millionaires (the players), there are plenty of others who are being left out of that fight, but are being impacted just the same.

The equipment manager. The ticket seller. The valet, the bartender and the photographer. These, and others like them, have had no say in the events that led up to their sudden loss of a paycheck. They did not agree to offer a player a 5 year, $35-million dollar contract and they did not agree to sign such a contract either.

Likewise, state employees may have to deal with financial hardships brought on by a government shutdown, along with private sector employees and business owners who are indirectly impacted, even though they have not been parties to the negotiations in the legislature that have led to a potential shutdown. 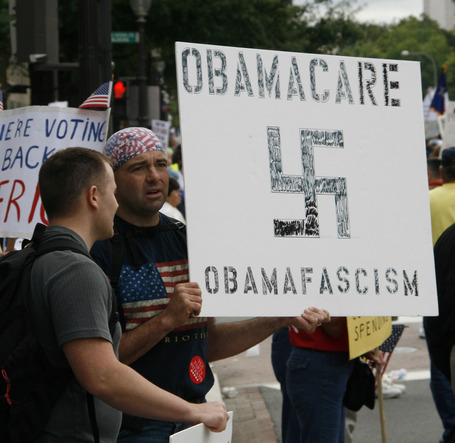 The ironic part in all of this is that those in the middle - those who were not involved in these choices - are being compelled to choose sides. In the political realm, this side is often chosen for you. An expression of sympathy or support for same-sex marriage, for example, can automatically get that person assigned to the side that supports tax hikes against people who make more than $250,000 per year, even though those two issues do not share much of a common bond. Likewise, if I were to support the Defense of Marriage Act, I might be labeled a Republican by those who do not choose or do not care to learn more information about my opinion, regardless of whether that label is accurate or not.

As a person who finds himself standing somewhere in the middle - without an answer to that important question - I am lost.

On the one hand, I am skeptical about the hundreds of millions of dollars in losses that NBA owners and NBA commissioner David Stern are claiming. Deadspin produced a terrific article today showing a tricky, but legal and commonly used, accounting practice that can allow a business to make a profit appear as a loss. I'm somewhat unsympathetic to complaints about the large salaries that NBA teams have to pay their players, given that the teams are the ones who agreed to pay those salaries in the first place. I also remember that the owners appeared, at the time, to have achieved many of their goals in the negotiation of the last CBA, and thus, engineered the very system they are now blaming for their problems.

Just like it's easy to point a finger at the CEOs of Exxon Mobile or Goldman Sachs and declare them greedy plutocrats who only wish to screw over the common man, it's also easy to point a finger at Clay Bennett and James Dolan and declare the same thing. However, in the same way that I do not like blanket statements made about my views by people who have never met me, I do not like to make those blanket statements about people who I have never met, despite how easy the viewpoint is to make.

On the other hand, I look at players (and their agents) who have purposefully driven salaries higher. It appears disingenuous to me when a player says, "we shouldn't be punished for an owner's mistake," when that player was a key figure in the making of that mistake. Agents are shrewd negotiators and understand that in the current system, teams can either spend money and win, or not spend money and lose, with very few exceptions to that rule. When players tweet about spending those salaries on extravagant items in the face of a lockout - as many of them have done in the past few weeks - it is even harder to have sympathy for them.

So, I remain undecided, and yet, angry at both sides. While disputes over large sums of money and who should control that money are almost inevitable, their resolution should not have to cause such an extreme rift between those sides. We should be able to disagree with David Stern's position without calling him evil or a tyrant. We should be able to disagree with Barack Obama's position without calling him a Muslim or a Nazi.

We should be able to compromise. 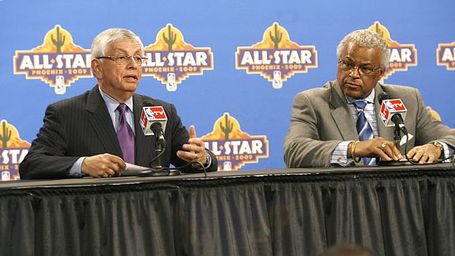 I'm only a (relatively) young man, but I have been shocked by the lengths to which it seems people on both sides of disputes will go to not to compromise with one another. Billy Hunter and Derek Fisher assert that certain issues are "non-starters" and wonder why they are even at the negotiating table. John Boehner insists the Republicans will vote 'no' on any issue - even issues such as health care for 9/11 responders - without agreement on a budget. Mark Dayton insists that he will not call a special session if Republican leaders do not bend towards his position. Negotiation techniques or not, this type of rhetoric only does more to drive a wedge between basketball fans, between people in Minnesota and between citizens of the United States.

While I have no children of my own, I imagine it is getting harder and harder for teachers and parents to teach the value of compromise when so many of the athletes, the business owners and the politicians that people look up to seem incapable of doing so themselves.

As this lockout gets underway, and my desire for the Minnesota Timberwolves to win games this season turns into a desire for the Timberwolves to simply play games this season, I hope that the owners and the players consider that every day that goes by without a resolution is a day that a team employee may not be getting paid. As the state heads into a shutdown, I hope politicians on both sides consider that two weeks away from the negotiating table means two weeks of paychecks that a Minnesota State Park ranger and his family may not receive.

What's the answer to this question?

I'm still not really sure, and frankly, it is question for people much smarter than myself to debate. Perhaps there is no right answer. As it will inevitably get debated endlessly and passionately for years into the future, I hope that the parties to that debate understand that their decisions will impact real human beings on all sides of the issue, and in between. A CEO and a single mom can love their children equally. Jerry Buss and Kobe Bryant can care just as much about the state of the NBA, while still caring about their own financial well-being.

Lazy, evil, liberal, conservative...assigning such easy stereotypes to whole groups of people is too simplistic, and too ineffective, to accomplish anything of value.

I hope that the NBA, Minnesota and the U.S. get resolutions that make sense for our welfare, and not simply to survive until the next CBA expires or until the next election cycle comes around. I hope that when elected officials talk about representing the people, they understand it is the people outside of the Capitol walls they are representing, not the ones inside the Capitol chamber.

I hope, but I'm not optimistic in that hope. Today was a sad day and tomorrow could be even sadder. Even though the lockout, and the shutdown, have not even started yet, I'm already tired of being on the losing end.