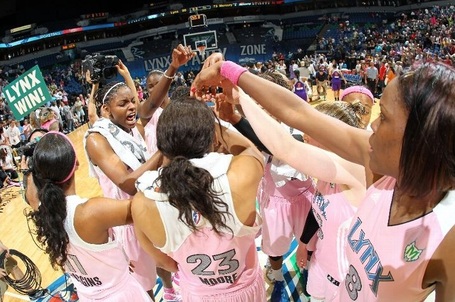 The Twins are pretty much out of contention. The Vikings have a guy who was benched for Rex Grossman starting at quarterback this season. The Wolves, if they play at all, will be lucky to win 30 games.

The Minnesota Lynx, on the other hand, are the best team in the WNBA.

While the Minnesota Timberwolves are vigorously searching for the person who will coach an empty court full of players in the 2011-2012 season, the Minnesota Lynx continue to pile up the wins and people around the Twin Cities are beginning to take notice.

"I have tickets to the Lynx game tonight," used to be similar to saying, "I have a dentist appointment today," or "I just got a summons for jury duty."

Now? "I have tickets to the Lynx game tonight," should automatically be accompanied by Eddie Money's "Two Tickets to Paradise".

The Lynx won their franchise-record seventh-in-a-row on Tuesday night with a 17-point win over the Phoenix Mercury and will look to make it eight-tonight against the Silver Stars. The Lynx won in San Antonio on Sunday off of a Lindsay Whalen fadeaway jumper with 1.5 seconds left to give them a 70-69 victory. 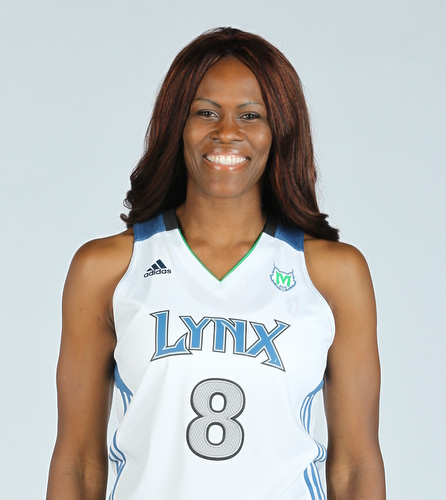 At 40 years of age, Taj McWilliams-Franklin is currently the second oldest active professional basketball player in Minnesota, behind only Wesley Johnson.

Taj McWilliams-Franklin is 40 years old and has played 12 seasons in the WNBA, but this is her first with the Lynx after coming over from the New York Liberty. On the court, and in the locker room, McWilliams-Franklin has been a tremendous presence for the Lynx this year. 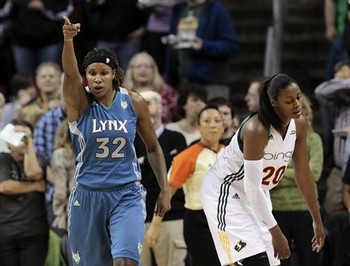 Rebekkah Brunson, telling her opponent to go use that Bing search engine to find some game.

Rebekkah Brunson is, statistically, the second best rebounder in all of the WNBA (both per-game and per-40 mins), has 8 double-doubles in 18 games and ranks eighth in efficiency. Pretty soon, people are going to start saying she plays terrible defense and throws a great outlet pass just out of habit.

Sophia Young holds four San Antonio career records. One of them is defensive rebounds. How many rebounds did Young have against Rebekkah Brunson when the two faced off on Sunday? Three.

Good thing Brunson doesn't play for the Silver Stars or she would break their all-time rebounding record by the end of the season. 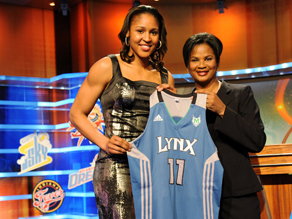 "Maya Moore would be the first to tell you that the Timberwolves' front office had a lot to do with her selection in the NBA Draft."  - David Kahn.

I could spend this entire preview talking about Maya Moore's accomplishments. She was the first rookie to be voted in as a WNBA All-Star starter since 2002. She has two NCAA championships, while helping the Connecticut Huskies win 90 straight games, and won both the Naismith Trophy and the John R. Wooden Award in 2009.

She is the first female basketball player to sign with Jordan Brand and leads all WNBA players in jersey sales. She was also hand picked by Barack Obama to entertain wounded troops in a game that included players such as LeBron James, Dwyane Wade and Derrick Rose. 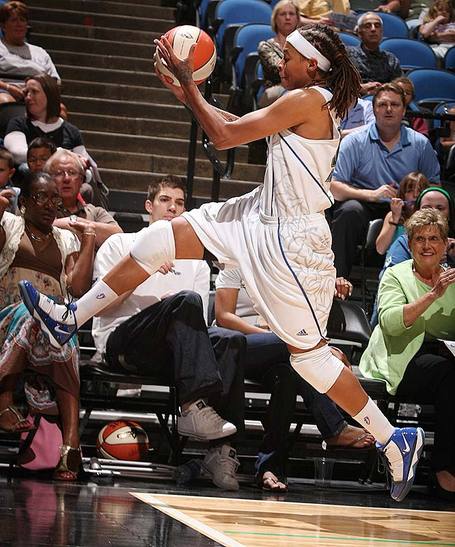 In case you were wondering, yes, this shot went in, too.

Seimone Augustus is one of the best offensive players in the entire WNBA. A deadly step-back jumper? Ask Diana Taurasi about that after 21 points on 7-of-13 shooting. A killer crossover? Better ask Penny Taylor about that. 'Mone made Taylor look more foolish than the trailer for the movie Battleship.

Remember when we used to say that Michael Beasley was Carmelo Anthony-lite? I think we should start saying that Beasley is Seimone Augustus-lite.

I don't really have anything to say about a person named Tully. 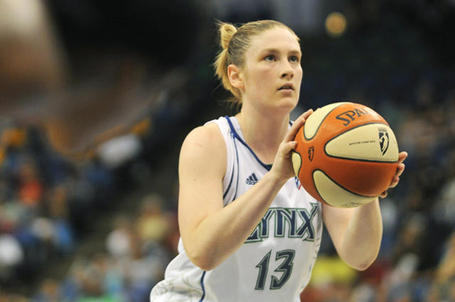 If Jonny Flynn were exchanged straight up for Lindsay Whalen before last season, how many more games would the Timberwolves have won? That's a serious question.

Since Ricky Rubio has yet to play a game, Lindsay Whalen has to own the current title of "best point guard in Minnesota". She's also the team's second leading scorer and is shooting 52% from the field and 45% from three-point range. While Moore, Brunson and Augustus are all spectacular players, Linsday Whalen may be the most important reason for the strong play by the Lynx this season. 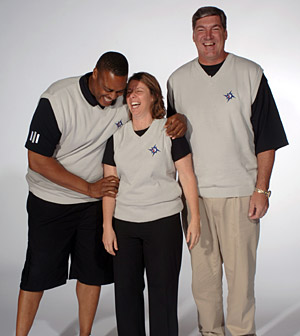 I think the right member of the Detroit Shock coaching staff was chosen to coach the Minnesota Lynx.

The Lynx should have no problem taking care of business tonight against the Silver Stars. Despite making it close on Sunday, the Lynx will have another raucous crowd behind them and will get their 8th straight win.