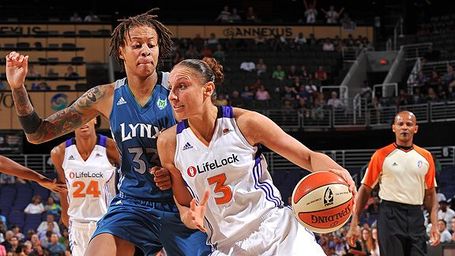 Coming off of the team's first playoff series victory, the Minnesota Lynx will take on the Phoenix Mercury in the Western Conference Finals. Phoenix is in the WCF for the third straight season. Minnesota won three of five games against the Mercury in the 2011 regular season.

The game is at the Target Center and starts at 8 P.M. If you can't make it to downtown Minneapolis, it is also being televised on ESPN2.

Oh, and Lindsay Whalen only placed 5th in the MVP voting? What gives?