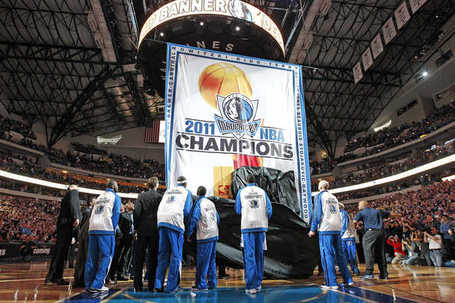 They say that everything is bigger in Texas. Just like the margin of victory will be for the Timberwolves tonight.

After three unsuccessful attempts to open the season, the Dallas Mavericks were finally able to get a win on Friday night against the Toronto Raptors. Dallas is only shooting .416 from the floor, 9th worst in the league, and have allowed the 4th most amount of points per game in the NBA. The defending champions are not looking like favorites to repeat, which leads credence to the theory that J.J. Barea should have won NBA Finals MVP.

Speaking of J.J., he's still questionable for tonight's game, but his teammates are ready to go after Friday night's thrilling moral victory over the Miami Heat. It was an encouraging sign that the Wolves could have #4 overall pick Wesley Johnson, Michael Beasley, Luke Ridnour and Darko Milicic all on the bench for the final portion of the game and still perform as well as they did.

I'm sure I speak for every Wolves fan, however, in hoping that all four of them are still in the starting lineup against the Mavs. 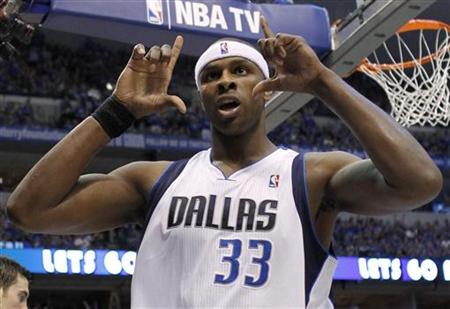 Brendan is going to need that fake camera when Anthony Randolph is throwing down a Rubio-assisted lob on his head.

I'm not exactly sure what Brendan Haywood contributes to the Mavericks. His TS% is a woeful .476. He shoots less than 40% from the line. His rebounding and block numbers are not good, and he has high turnovers and fouls given the amount of minutes he plays. Losing Tyson Chandler may have been the most significant loss for any team this season, outside of Chris Paul and Jonny Flynn. That is putting a lot on the shoulders of Ian Mahinmi, who comes off the bench for 25-30 minutes per game.

Oh yeah, and Brendan gets paid nearly $3 million more than Darko Milicic this year. Which center would you rather have? 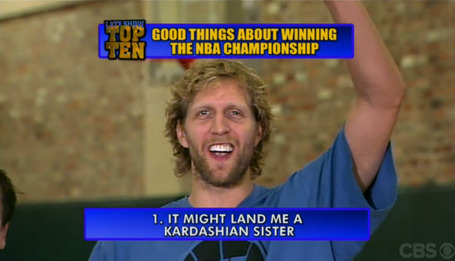 I'm convinced that the Kardashian family is single-handedly trying to ruin professional sports, one player at a time, all orchestrated by Bruce Jenner.

In seven career games against Michael Beasley, Dirk has yet to lose. In those games, Beasley shoots 39% from the field (including 0-of-9 from 3 point range) and turns the ball over nearly 2 and a half times per game.

Needless to say that the smart money is on Beasley's team tonight, since he is obviously due to have a commanding performance against Dirk.

You also might be wondering why I do not have Kevin Love starting in this spot tonight. I just figure that since Rick Adelman's goal seems to be o start the most popular and most productive members of the team, he might as well go all the way and put Love on the bench. After all, it's pretty clear that Love is not the type of player who can lead this team to 50 victories, so we might as well put out a guy who has already been the second-best player on a playoff team. 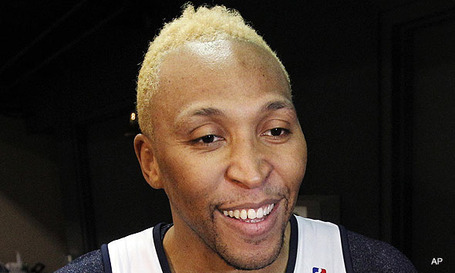 After discovering some grey hairs, Marion decided to use "Just For Men: Touch of Blonde"

In Minnesota, Wesley Johnson is joining the exclusive list of Draft Greats like Troy Williamson, Dimitrius Underwood, Ryan Mills, Paul Grant and Chris Parmelee. In defense of David Kahn, where else but the #4 overall pick are you going to find a guy who can give you 6 points, 2 rebounds and 3 turnovers in 17 minutes?

If someone wanted to make a bet with you that Wesley Johnson would not shoot a free throw before Valentine's Day, would you bet against him/her?

Shawn Marion is still playing nearly 30 minutes per game, despite his advanced age and the addition of Lamar Odom. Marion is yet to make a three-pointer this season, and his other than assists, all of his numbers are down significantly from his career averages.

The Matrix continues to be an apt nickname. The special effects in The Matrix were all the rage when that movie was released, but nowdays, those effects are ordinary at best. Just like Shawn Marion. 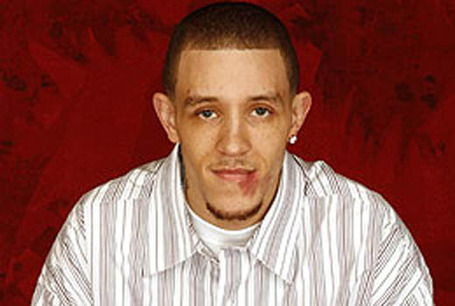 Delonte West is questionable for tonight's game, since he was not sure if his boss at Regency Furniture Showroom could find someone to cover his shift.

Seriously? Delonte West got another roster spot on an NBA team? And he's starting for the defending champions? Is this some type of bizarre joke that Rick Carlisle is playing on the Western Conference?

West sure looked worthy of the starting spot on Friday night with an 0-of-5 performance for 0 points, especially with Vince Carter, Jason Terry and Rodrigue Beaubois all sitting on the Mavs' bench.

Wayne Ellington, on the other hand, had a +9 on Friday. against the Heat and knocked down some big shots during the Wolves' run in the 4th quarter, even if his overall shooting numbers weren't impressive. He deserves the start against the Mavs. 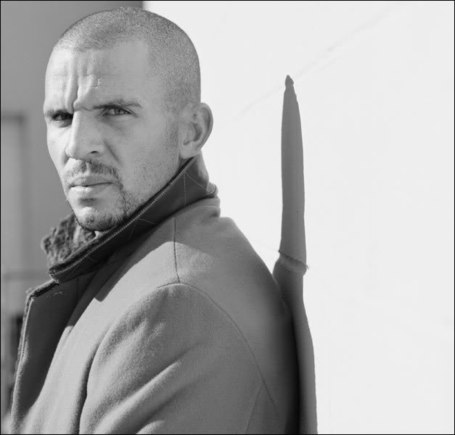 This look seems to say, "Who are you and what are you doing with that camera? Let me lean against this wall in peace."

Rubio was compared to Jason Kidd when he was first drafted as a point guard with great court vision but without great shooting skills. When Kidd first entered the league, he shot 38% from the floor for his first two seasons, and he is only shooting 40% this season. Rubio, on the other hand, is shooting 62% from the floor and 67% from three-point range. Clearly, the Kidd comparisons are not accurate and Steve Nash is more appropriate. There is no reason to believe that Rubio's shooting percentages will ever drop.

With the emergence of Ricky Rubio in the first three games of the season, Luke Ridnour's popularity with Wolves fans continues to soar. Just remember that, when Ridnour is announced in the starting lineup tonight, the fans aren't booing, they're saying, "Luuuuuke". RIght? 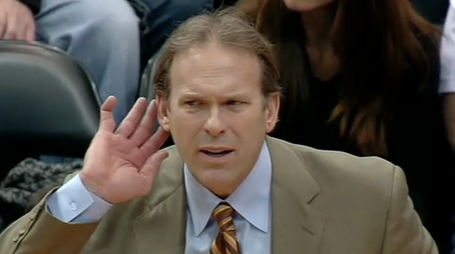 Since the Wolves are still using lineups from last season, Glen Taylor decided to save money and re-hire Kurt Rambis as head coach.