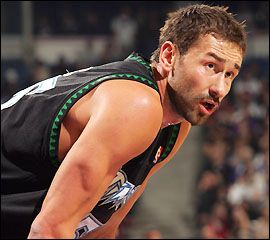 Although the Hornets have the Timberwolves' 2012 1st round draft pick, there is no doubt that the Marko Jaric trade ended up being totally worth it.

By itself, the 2005 trade that sent Sam Cassell and a future 1st round draft pick to the Los Angeles Clippers for Marko Jaric and Lionel Chalmers seems like a bad one. After all, Jaric was underwhelming (to say the least) in his three-year stint in Minnesota and it would be nice to have a high draft choice in what appears to be a very deep draft filled with wing players.

Yet, the Marko Jaric trade may have been the best thing to ever happen to the Minnesota Timberwolves since drafting Kevin Garnett.

Without the need to shed Marko Jaric's terrible contract, the Wolves would not have been as motivated to trade him to Memphis, and Kevin Love would be grabbing double-doubles in a Grizzlies uniform.

If the Grizzlies trade does not happen, the Wolves never get Mike Miller. Without Mike Miller, David Kahn could never have traded for Washington's 2009 1st round draft choice and could not have selected point guard Ricky Rubio.

The Marko Jaric trade made Rubio-to-Love possible and I wouldn't trade that duo for a potential lottery pick. 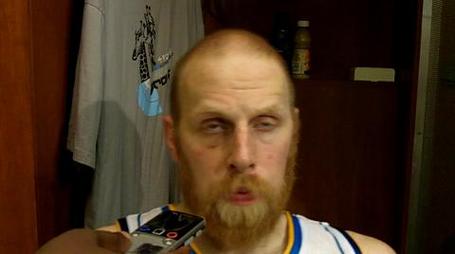 Before Chris Kaman played in the NBA, he had a supporting role as Old Man Marley in the movie Home Alone.

Chris Kaman's Expiring Contract arrived in New Orleans this winter as part of the Chris Paul trade. Other than his two injury-plagued seasons in 2008 and 2010, Kaman has been a solid option down low and even made the All-Star game in 2009-2010 with the Los Angeles Clippers. So far this year, Kaman has been averaging 11.7 points and 7.9 rebounds per game on 51% shooting.

His most valuable contribution to the Hornets will come at the end of the season, however, when his $11+ million contract will come off of the books. I think the plan is that if the Hornets have no players left on the roster, they'll be much cheaper for someone to buy. Losing Kaman will be a big step towards that goal. 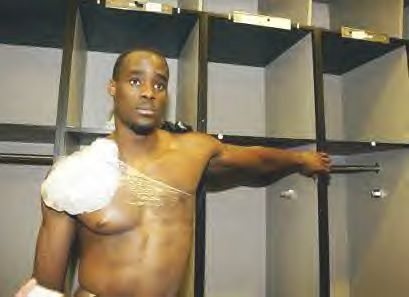 Okafor was not even injured in this picture. Someone told him he was not as good as Kevin Love and the truth hurts that much.

In eight career games against Kevin Love, Emeka Okafor's teams have gone 6-2 and the Connecticut forward/center has generally outperformed his UCLA counterpart. Okafor, despite not living up to all of his hype as a Rookie of the Year winner, is still a solid shot blocker, good rebounder and strong finisher at the rim.

Love, meanwhile, has struggled in two games in a row, after starting the season as one of the best players in the entire league. Of course, a bad game for Kevin Love would be a career performance for much of the NBA and Love is a perfect 10-for-10 in double doubles. If Love ever had more isolation sets and threw down more dunks, he'd be more celebrated around the NBA. As it is, Wolves fans can be content to know they have perhaps the most underrated player in all of basketball. 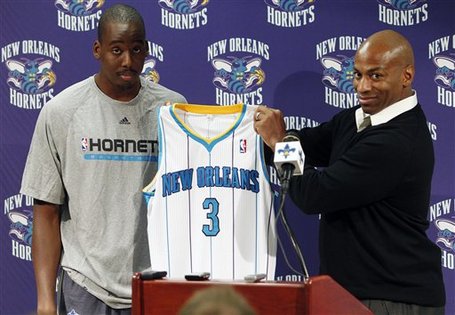 Look how happy Al-Farouq Aminu is to be joining the New Orleans Hornets. There's no way to resist that smile.

I want to say something about a recent article that some hack wrote regarding Wesley Johnson. First of all, you can't quantify heart, which is something Wesley Johnson has a lot of and is probably the main reason why he will make it big in the NBA. Second of all, anyone who has seen Johnson's shooting form and does not come away tremendously impressed does not watch enough basketball.

The fact is that it is his second year, and if Johnson could just get some opportunities to show his stuff, people would recognize how good he is. Al-Farouq Aminu has no chance tonight and might as well just stay home to play World of Warcraft or Everquest. 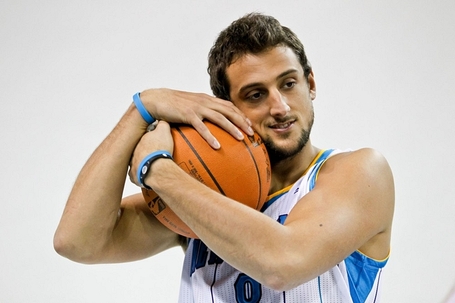 I really don't get why players hug the ball in these photos.

With Michael Beasley, J.J. Barea, Eric Gordon and Trevor Ariza all injured, fans will be treated to the matchup of Wayne and Marco. Both of them are shooting under 37% on the season. Both have a PER under 8.5. Both have struggled to get to the line this season and average a little over one free throw attempt per game.

In other words, Kevin Love is going to have a lot of rebounds to pull down tonight when these two are in the game. 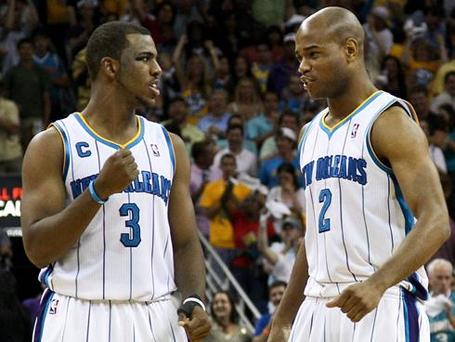 At least now that Chris Paul has been traded, and not to the Lakers or Celtics (for basketball reasons), the Hornets should be a lot more attractive to potential buyers.

How fun would it have been to see a matchup between Chris Paul and Ricky Rubio tonight? The league's best point guard (no disrespect to Rose or Williams) going up against Paul, who has led the Hornets to multiple playoff appearances and is definitely a top-5 point guard in his own regard.

Instead, the game will likely start with Luke Ridnour and Jarrett Jack manning the point for their respective squads. The good news for the Wolves is that we can bring Rubio off of the bench. The Hornets have Greivis Vasquez on their bench. 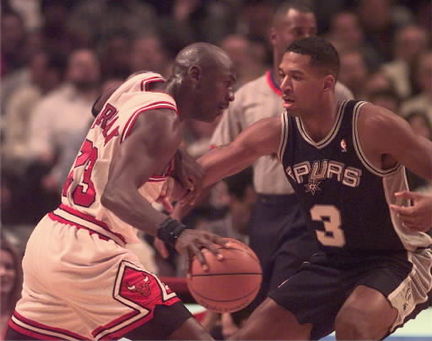 If Monty Williams can't guard Michael Jordan, what chance does his team have of defending Ricky Rubio?