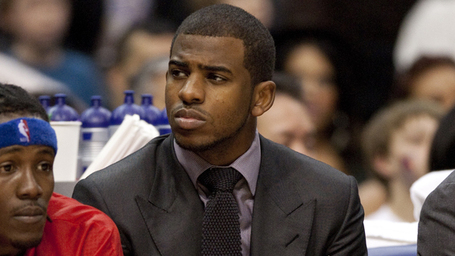 With Chris Paul injured and not playing, and the Timberwolves in town tonight, they're going to have to change the name to "Sob City".

The Minnesota Timberwolves have not had three actual victories in a row since February 6th, 2010. That's nearly two full years. They'll be trying to change that tonight when the Wolves take on the Los Angeles Clippers. The Clippers have only one loss at home all season - a 13 point thumping from the Chicago Bulls - and defeated the defending champion Dallas Mavericks 91-89 on Wednesday.

Los Angeles will be without point guard Chris Paul, however, who is out with a hamstring injury. The Wolves will still be without Michael Beasley, who did not travel with the team for tonight's game or Saturday's game against the Utah Jazz.

Tonight's game between the Clippers and Wolves is being shown at 9:30 PM CST on ESPN. I don't know about you, but I'm looking forward to hearing Hubie Brown call Ricky Rubio's first nationally televised game. 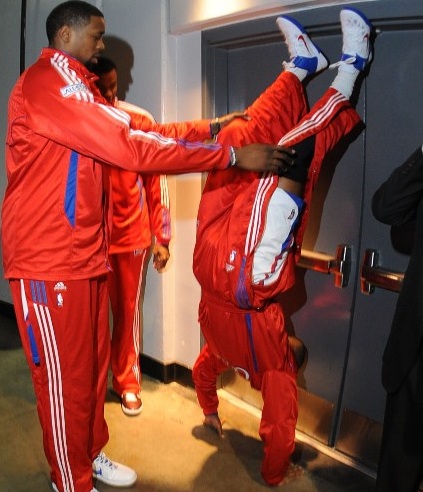 Now that DeAndre Jordan is making $10 million per season, he doesn't have to shake down his teammates for money anymore.

Darko, it's not you, it's me. I have this need to want a center to be able to score, rebound and/or defend. Since you seem to be incapable of all three, I just don't think it is going to work out between us. Let's both be adults about this and agree to see other people before things really start to get bitter. I knew we should've pushed harder for that prenup...

Nikola Pekovic - despite having yet to grab a single defensive rebound this season in 61 minutes - looked impressive on Wednesday night against the Detroit Pistons. He played solid defensive on Greg Monroe and he scored some nice baskets in the paint. Instead of starting Darko, give the Sub-Mariner the nod tonight and take DeAndre Jordan out of the game early. 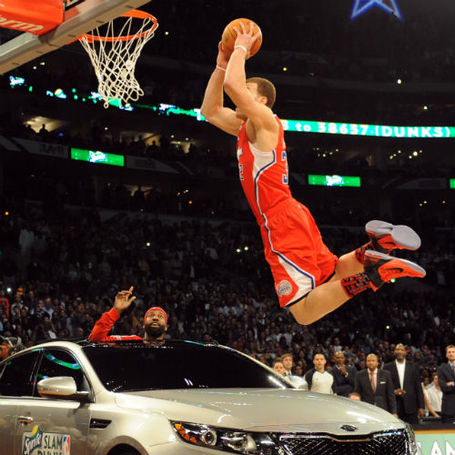 Big deal. He jumped over the 'hood' of a car. Kevin Love can do that, too...provided that the car is a Hot Wheel. Actually, that might be a bit ambitious. Let's start with a Micro Machine.

In the debate between Kevin Love and Blake Griffin...there really is no debate. Love scores more and does so more efficiently. He rebounds at a higher rate. He fouls less and goes to the foul line more often. His WS/.48 is nearly twice that of Griffin's. Griffin can dunk over Kia's and Timofey Mozgov's, but Love is better in nearly every other category.

Tonight will be no different. Griffin might make a few posters, but posters are for kid's rooms. Love is about wins. We have six of them this year. Holla. 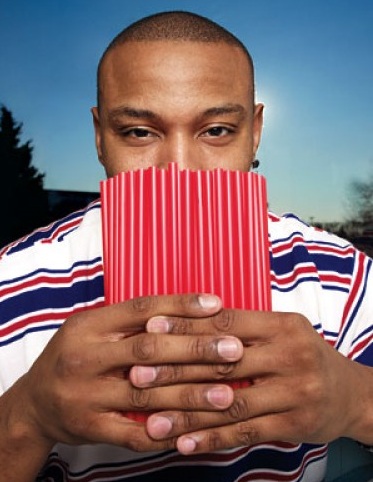 Remember when Caron Butler used to chew on a straw while he played basketball? That's the joke.

On Wednesday night, Wesley Johnson went 4-of-6 from the floor for 11 points and 3 rebounds. He went to the free throw line 4 times (thankfully, Love was able to remind him where that line is on a basketball court). He finished with a -2 +/-. It was probably his best game of the season.

Did they give Caron Butler a championship ring for sitting on the bench watching the Dallas Mavericks win the NBA title? He basically had the best courtside seat in the world. That's not terribly impressive. 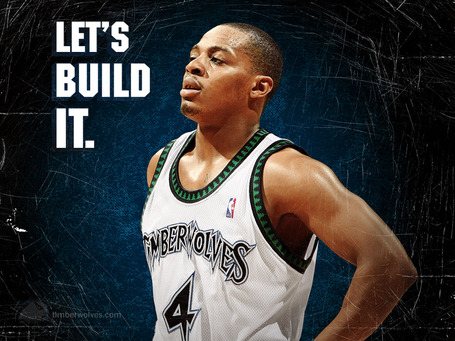 The only thing Fourth-Quarter Foye was building was a house with all of his bricks.

Randy Foye actually ended up being a pretty important piece in the Timberwolves Blueprint 9.0. It just wasn't the piece that Kevin McHale thought he would be when Foye was drafted. Foye, and Mike "Naismith" Miller, were traded to Washington for the #5 overall pick in 2009...which was used to select the Magical Unicorn himself. So, thank you Randy Foye, for having enough trade value left to snooker Ernie Grunfeld into trading for you.

Luke Ridnour did not have a great game on Wednesday night against the Pistons and found himself watching from the bench during the final minutes. With J.J. Barea back, Wayne Ellington playing and Rubio now in the starting lineup, who knows how Ridnour's role will change. I still project him in the starting lineup for tonight, but hope that my favorite Wolves player - Makin' It Wayne - will get some solid minutes tonight at the 2-guard. 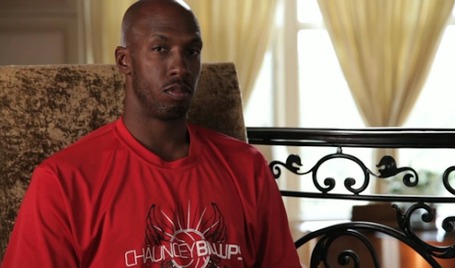 Billups is one of those aging veteran starters who should probably be coming off of the bench. Thankfully, the Clippers are coached by Vinny Del Negro, so he's even less likely to notice this than most.

Ricky Rubio has been wowing analysts, opposing teams' fans and pretty much everyone who has been watching basketball for the past month. He's shrugged off the bad reputation about poor stats from Europe, about not being able to shoot and about being a subpar defender. He's made players like Anthony Randolph and Wayne Ellington relevant again and may single-handedly change them from below-average role players to integral parts of a successful team.

Is that hyperbole? I don't think so. The Wolves have 6 wins right now in 14 games, which is the fewest amount since Kevin Garnett wore white and blue. It took them 23 games to get there last season. In Randy Wittman's season as head coach, it took them 40 games. What we are witnessing right now may be mundane and mediocre to the rest of the NBA, but given the Wolves history, this is extraordinary stuff.

It's going to continue tonight in front of a nationally-televised audience. 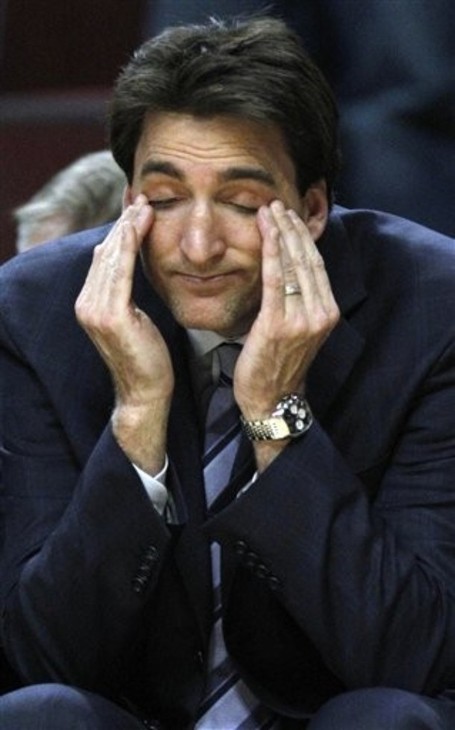 Watching Vinny Del Negro coach a basketball game is like watching a B-movie on the Syfy Channel. It's so bad, and yet, you cannot turn your eyes away because you might miss Jaleel White getting eaten by a shark the size of an aircraft carrier.