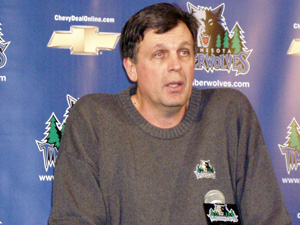 Kevin McHale's legacy in Minnesota is mixed. He was responsible for drafting Kevin Garnett and trading for Kevin Love, the two best players in Wolves history (no offense, Unicorn). He also drafted Foye over Roy, Brewer over Noah and McCants over any other living human being on the planet (and the living requirement is negotiable).

McHale and his replacement, David Kahn, have two very different strategies when it comes to running - and talking about - a basketball team. Some fans miss the guy who has never asked for a show of hands or compared Bracey Wright to Peja Stojakovic. Others like that we have a GM who does not appear to be drunk during most of his press conferences.

McHale returns to the Target Center tonight with the Houston Rockets - winners of six in a row - and we'll see whether the Wolves faithful will applaud his return or boo him all the way back to the Lone Star State. 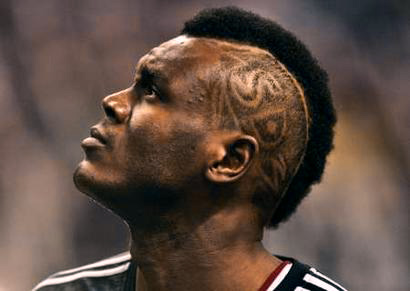 This same thing happened to me once and that's why I never get my haircuts at Great Clips anymore.

I've always been a fan of Samuel Dalembert, ever since the 2010 Haiti earthquake, when Dalembert traveled to the island nation to help with relief. He donated $100,000 to UNICEF and won the J. Walter Kennedy Citizenship Award that season for his contributions. He also won the NBA's Human Spirit Award in 2011.

Considering how much Dalembert gives back, I'm thinking that Timberwolves fans should create our own Darko Milicic Relief Fund, which will support players like Dalembert after they get destroyed by Darko Milicic. 100% of your donations will go to support this well-deserved, and yet under-reported, cause. Just think how much previous victims of Darko, like Blake Griffin, would have benefitted from this program.

After all that Dalembert has done for humanity, it is the least that we can do. 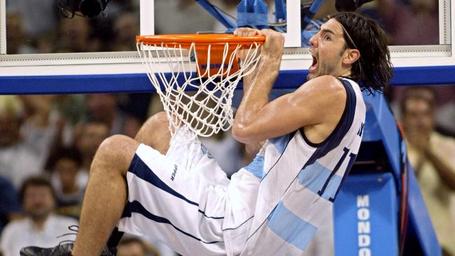 Before Rockets' games, Scola gets the Rockets' staff to lower the baskets to 7' and participates in a dunk contest against himself.

Throughout 16 games this season, Luis Scola's per-36 numbers are down in almost every category, except turnovers of course. This could be the result of Scola getting older - he's about to turn 32 - or an injury that we don't know about. I blame Kevin Love. Can you imagine what it must be like to play 16 basketball games, knowing that in game 17, you have to play against a guy like Love? Scola has not been eating or sleeping well and has completely forgotten how to speak Argentinian.

It gets no easier after tonight, either, as Scola has to play Love two more times in the next two weeks (Jan 30 and Feb 4), and again on February 17th. Maybe Scola's numbers will start to raise again in March, if he hasn't worried himself to death by then. 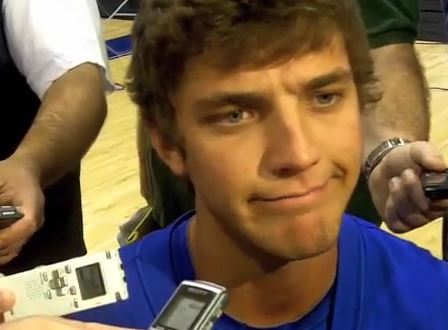 Chandler Parsons is a 23-year-old rookie who can't shoot very well, has a low usage rate and can't really contribute in many other areas.

Hmm...where have I heard that one before?

All the pining for traded-away draft picks like Mario Chalmers, Norris Cole and Parsons is a bit ridiculous if you ask me. Did we really need more shoot-first point guards and a wing player who plays like a big? If Kurt Rambis had been coaching all of these guys, it's not like they would have been any good in the first place. Kahn took the money and ran Rambis out of town. I'm still in favor of that decision.

Of course, had he not hired Rambis in the first place... 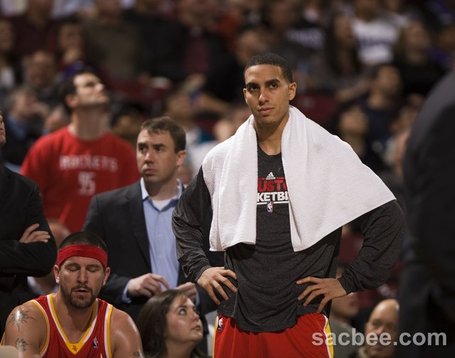 Kevin Martin's game is so boring, it literally put Brad Miller to sleep.

Canis Hoopus already had it's "We Want Kevin Martin" campaign earlier this season, so I'm not sure how fans currently feel about the guard version of K-Mart. Personally, I'd rather not have an overpaid, poor shooting (.410) guard who can't play defense on this team, but that's just me I guess.

I'd rather have an underpaid, well shooting (.484) guard who can't play defense on this team. Luke Ridnour has been effective this season doing just that, although if I'm being honest, I'd rather see Wayne Ellington get some more starts here. In spite of what a hater like Madison Dan might say, Ellington will always play great and he knows it. 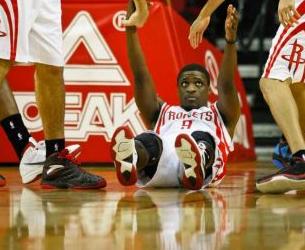 I don't care if Kyle Lowry is actually the starter. Jonny Flynn is getting the primetime spot today.

Kyle Lowry is currently 17th in PER and, outside of Derrick Rose, may be the playing the best basketball of any NBA point guard who does not sprinkle unicorn dust when he walks.

That's all fine and dandy, but no one coming to tonight's game wants to see Kyle Lowry. They're coming for two reasons: the good (Rubio), the bad (Flynn) and the ugly (Flynn again).

If they're like me, they also want to see balls dribbled off of legs, off balance shots in transition, passes to the fourth row of the stands and other classics that Flynn has immortalized over the years. He appears to be off to a good start in Houston, with as many turnovers as made shots (6) in the five games he has been allowed to play in so far this season.

I'd also like to see Ricky Rubio make another shot sometime, but that's another topic for another day. You are going to love Jonny Flynn. 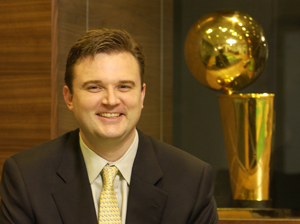 You know this picture had to have been photoshopped...