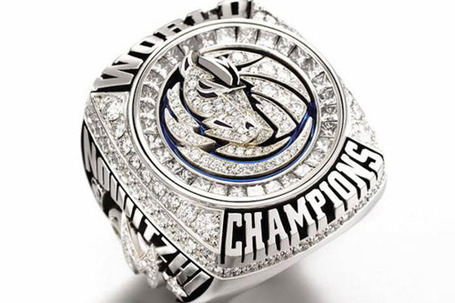 The 2010-2011 Dallas Mavericks, including our own J.J. Barea, will receive their NBA Championship rings tonight. Personally, I think they should've used more diamonds.

Now that the Minnesota Timberwolves have locked up Kevin Love for at least five four three years, the focus can shift from off-the-court negotiations to tonight's game against the Dallas Mavericks. On January 1st, the Wolves defeated the Mavericks - with Dirk Nowitzki - by 17 points. Tonight, Dirk and Vince Carter on are both out.

Given the complete satisfaction from all parties about the extension, and the hangover from the championship ring ceremony that will take place before the game, the Wolves should to 2-0 on the year against the defending champs. 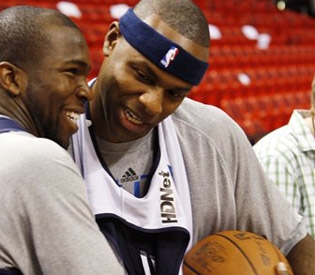 Remember when Brendan Haywood got signed to a six year deal?

Both Darko and Brendan Haywood played 15 minutes in the January 1st game. Both went 2-of-3 from the floor, but Darko made one more free throw, so he outscored Haywood 7-6. Haywood had 2 turnovers and 2 fouls. Darko had 0 turnovers and 1 foul.

Nikola Pekovic did not play in Game 1 and the Mavs will also have to contend with him down low. On the bench, the Mavs have Ian Mahinmi, who I thought was Jeff Goldblum's character from Jurassic Park, and Shawn Shawne Sean Williams. 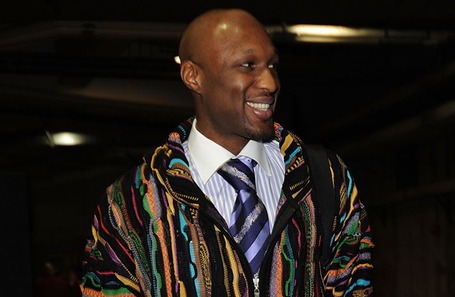 Maybe there was a reason the Lakers traded Odom away for so little...

It will be bittersweet for Odom tonight when the Mavs get their championship rings, considering that his Lakers were swept by the Mavs on the way to getting those rings. Odom has not been playing well this season and has a PER of only 9.58, which puts him with the likes of Daequan Cook, Jason Maxiell, Klay Thompson and Joel Anthony. Darko has a 10.06 PER, by the way.

The Lakers need size in the worst kind of way right now, and they gave away Odom for a late round draft choice, which should tell you all you need to know about Odom's value. I think Wolves fans should be happy with the Odom-for-Dirk swap for tonight's game. 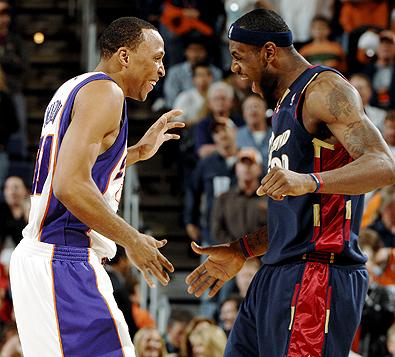 Neither one of these guys is a better small forward than Wesley Johnson.

I have to give Wes some props.

I have to give Shawn Marion no props. 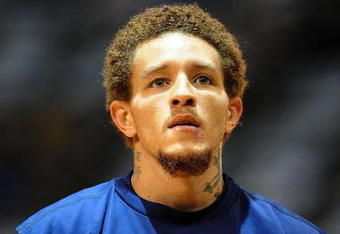 I can't believe everyone still talks about the LeBron's mom thing but no one brings up the fact that this guy was riding around with multiple guns in a guitar case. Don't bury the lead, people.

With Rodrigue Beaubois available now, you have to wonder how much longer Delonte West will continue to start for Dallas. Of course, given that this is the same franchise that has brought Jason Terry off of the bench since 1985 and started DeShawn Stevenson last year, maybe West is there to stay. Monday night against the Phoenix Suns, West went 1-of-6 from the floor with 2 turnovers. 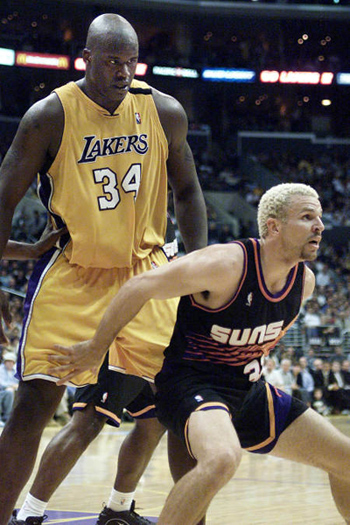 The least effective box out of all-time. Ironic, since a box is clearly where that hair color came from.

One of the main reasons that the Timberwolves decided not to give a 5-year deal to Kevin Love is to maintain flexibility, so that when Ricky Rubio is in a similar position three years from now, the Wolves can use their 5-year player designation on him. Some might say that is a risky move for a guy who has not even played 20 NBA games yet.

Yet, from as soon as the 2009 NBA Draft, David Kahn's strategy has all revolved around the Unicorn, so why should anyone be surprised about the decision that was just made? Kevin Love is not the centerpiece of this team, and is at best, the third-best player on a championship squad, according to Kahn.

Ricky Rubio is the centerpiece and you can bet that any and all future decisions made by Kahn will continue to treat him as such. 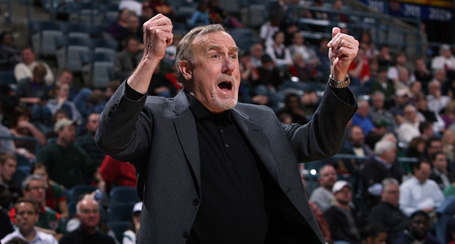