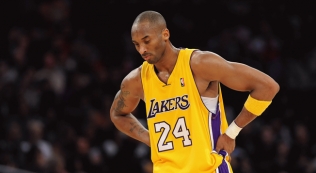 What's wrong with this year's Los Angeles Lakers? Well, how much time do you have?

How long has it been since the Minnesota Timberwolves defeated the Los Angeles Lakers? It was a double overtime win for the Good Guys in which Kevin Garnett had 26 points and 17 rebounds and our starting lineup included Mark Blount, Marko Jaric, Troy Hudson and Ricky Davis. 8 of the 19 players who were involved in that game are no longer in the NBA.

That was March 6th, 2007 and the Wolves have dropped 15 straight to the Lakers since then. It's a new day, however, and both the Lakers and Wolves are completely different teams from last year, let alone 2007.

The Lakers are only 1-7 on the road this season and have dropped the last 4 road games to the Clippers, Heat, Magic and Bucks. The Wolves, meanwhile, have won 5 of their last 7 games and are coming off of a routine victory over the San Antonio Spurs.

The script has been flipped. Let's break down tonight's matchups: 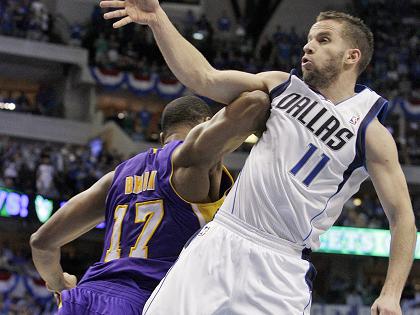 If Pek had pulled this move, J.J. Barea would be survived by his parents and smoking-hot girlfriend Zuleyka Rivera.

Andrew Bynum is one of only two players who remain from the last Wolves victory over the Lakers (I'll let you guess the other one). Of course, Mitch Kupcheck has tried to trade him a few times and Kobe wanted him traded for Jason Kidd, but I guess that is water under the bridge now.

Bynum is averaging 16 points, 12 boards and 2 blocks this season and is playing the most minutes per game of his career. With Lamar Odom gone and the rest of Lakers front line consisting of Pau Gasol, Josh McRoberts and Tory Murphy, the Lakers have put a lot on the shoulders of Bynum, who has played more than 60 games only twice in his seven year career.

The risk of a Bynum injury is greatly increased given his opponent tonight. After Nikola Pekovic's 14-point, 10-rebound performance, I think he deserves the starting spot again tonight, regardless of Darko's status. 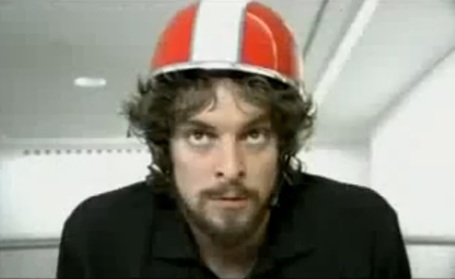 I'm not really sure where those, "Pau Gasol is soft," rumors come from...

If it had not been for "basketball reasons", Gasol would be playing with the Houston Rockets right now. Fortunately for Laker fans, the trade did not go through. Unfortunately, his numbers are down in almost every category, including his number of shot attempts per 36-minutes. In fact, Gasol and Bynum combined are only shooting one more shot per game than Kobe Bryant.

It would be great for the Wolves - and every other team in the West - if Mike Brown never figures this out and Gasol's touches continue to be limited on offense.

Kevin Love, meanwhile, is shooting almost 4 shots more per game than last season (17.9). Rick Adelman understands that having your best offensive player shoot the ball frequently is a good plan for success. 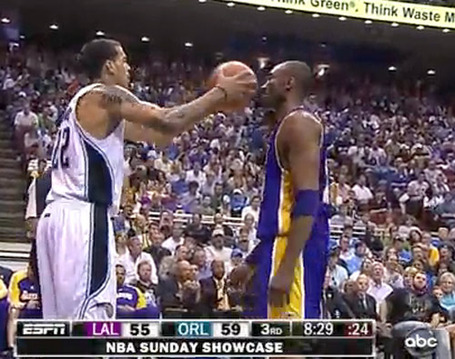 Barnes and Kobe Bryant have not always been the bestest the friends.

Going 3-of-11 from the floor against the San Antonio Spurs, Michael Beasley did not have a great shooting night in his first game back from injury. He did pull down 4 rebounds and dish out 2 assists, however, and it was great to see Beasley and Martell Webster back out on the court. Perhaps with Wes spending more time guarding Kobe Bryant tonight, those two - and Derrick Williams - will play some good minutes tonight and give the Wolves the quality wing play they've needed.

On the other side, the Lakers' wing group - minus Kobe - consists of Barnes, Metta World Peace, Luke Walton, Devin Ebanks and Jason Kapono. If the Lakers offered any of those five wing players for any of our wing players, would you even consider such a deal? 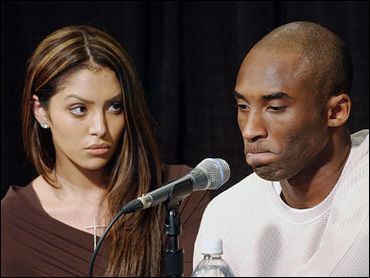 Vanessa Bryant's half of Kobe Bryant's $53.2 million 2012 earnings means she is worth more than every NBA player other than LeBron, Wade and Dwight Howard.

Wesley Johnson is not known for being an above average defender. Last year against the Los Angeles Lakers, however, Johnson had some of the best defensive performances of his career. On March 18th, 2011, he held Kobe to 6-of-17 shooting for only 18 points. Perhaps it is because Johnson works out with Kobe during the offseason, or because the rookie wanted to rise to the occasion, but it would not be a foolish move to use this defensive matchup again.

In that March 18th game, Johnson also had an offensive explosion, scoring 29 points on 11-of-21 shooting. While I don't know that any Wolves fan wants Wes to take 21 shots again, that kind of aggression would be nice to see on both sides of the ball. 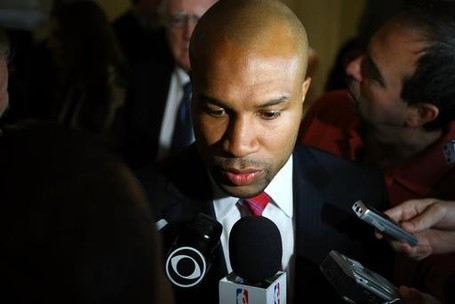 If only Derek had pushed harder to include the "Mythology Clause" in the new CBA, which would've given teams an advantage when re-signing mythological creatures, such as Unicorns and Rashad McCants.

Derek Fisher, at 37 years of age, is clearly a man who is past his prime. His PER has not been above 9.5 in three seasons. His turnovers are up, and while his assists are also up this season, his shooting percentages are way down . Fisher likely has a coaching career waiting for him if he wants one, but as far as playing point guard goes, I'm not sure how the Lakers will continue to be a factor down the stretch with him in their starting lineup.

Unfortunately for Los Angeles, their other point guard options are Steve Blake - who was a legitimate contender for worst player in the league last season - and rookie Darius Morris, who has only played in 8 games so far this season.

You can see why the Lakers were desperate to find a point guard like Chris Paul this offseason, even at the cost of Lamar Odom and Pau Gasol. Ricky Rubio should dominate the point tonight and we'll see if Mike Brown has to switch Kobe onto him.

Rubio has had four straight games with 10 or more assists and has had 9 double-doubles so far this season. 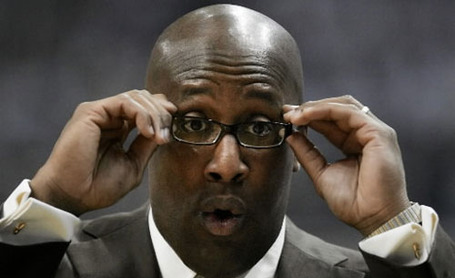 Mike Brown could have the unique distinction of coaching the best two players of this era without ever winning a championship ring.