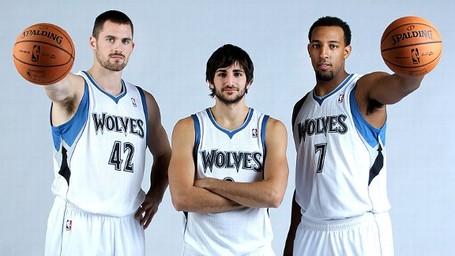 A 100% factual preview for tonight's game.

After writing the preview for last Friday's game against the San Antonio Spurs, I received an e-mail telling me that my game previews are worthless because they do not include any factual information. The starting lineups are often wrong, the winners of each matchup are "biased" and the Wolves' record is misrepresented. He said that it would be nice if my previews were done better so that he could draw some value out of them. E-mailer Guy also threw in some expletives to help him get his point across.

As someone who appreciates feedback in all its forms, I decided to try it his way. Below is the first Tim's Game Preview that is 100% accurate. Enjoy and let me know what you think: 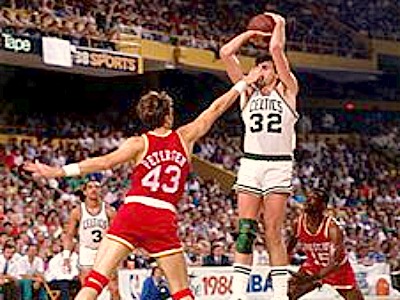 Petersen's knowledge of the game is exactly why I think he'll be a great color commentator once he decides to retire as a player.

After winning the 1995 NBA Draft Lottery, the Minnesota Timberwolves decided to pass over Shaquille O'Neal and Cappie Pondexter to select Christian Laettner with the 1st overall selection. So far, the rookie out of Wake Forest University has not disappointed. While there were some questions about Laettner's ability in clutch situations, mostly thanks to his missed buzzer beater against the Kentucky Wildcats, he has proven to be an above-average rebounder and top notch defender.

For Houston, Jim Petersen has been a solid option in the post, but he has also expanded his game to include a consistent three-point shot. Along with rookie point guard Tom Hanneman, who comes off of the bench for the Rockets, this duo has been very tough to guard in pick-and-roll and pick-and-pop situations. Hopefully, Laettner can shut down this powerful tandem.

Rumor has it that Sampson took his kids to a Minnesota Golden Gopher game while in town this weekend and second son fell in love with the Gopher colors. Maybe we can get him to enroll someday.

For a second round pick out of North Carolina State University, Charles Shackleford has certainly impressed scouts and Minnesota coaches enough to win the starting power forward spot. One of the best playmaking forwards in the entire NBA, Shackleford completed the fourth triple-double of his career in last night's game against the Buffalo Braves.

Who can deny the imposing force of the 1984 #1 overall pick, Ralph Sampson? In his rookie season, Sampson averaged 21 points and 22 rebounds per game, which made him only the 3rd rookie to average a 20/20. The other two were Bill Buntin of the 1966 Detroit Pistons and Zeke Zawoluk of the 1953 Indianapolis Olympians. Shackleford will have his hands full tonight. 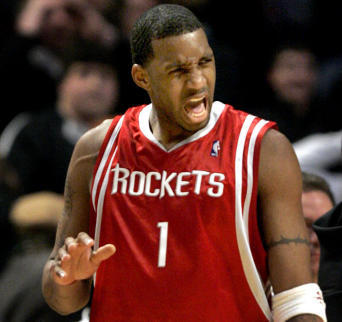 Vancouver Grizzlies fans are still upset with Carter after the way he forced a trade to Houston.

Vince Carter may be one of the best athletes to ever play in the NBA or in any professional sport. If only he could get his head on straight, he might be the best basketball player in the NBA. Unfortunately, he is injury prone, he does not always give 100% effort and he has already forced a trade when he did not like his circumstances up in Canada.

Still, when Carter plays up to his potential, there are very few players who can stop him.

As much as I like Gerald Glass, I'm not sure he will be able to contain Carter tonight. Hopefully, Glass - who is a career .560 shooter, can make up for it on the other end of the court. Still, I think bringing a double team off of Carter would be a smart move, forcing others on the Rockets to beat the Wolves. 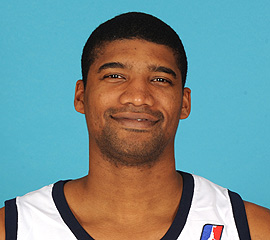 Possibly the best player ever to come out of the University of Wisconsin-River Falls.

Wolves fans were concerned about the lack of depth that the team would have at the 2-guard position this year. After all, with Ray Allen having bi-lateral leg weakness and Stephen Curry failing to produce in his second NBA season, prospects looked bleak. That was until the emergence of former Hoosier Bracey Wright, who has been absolutely stunning over the last two weeks. In that seven game stretch, Wright has averaged 16.5 points, 4.8 rebounds and 2.8 assists per game on 51% shooting.

Tonight, Wright will have to take on Reece Gaines, who led the UWRF Falcons to two straight Wisconsin Intercollegiate Athletic Conference titles. Gaines has been so-so this season with the Rockets, but with his shooting form and hard work, it is only a matter of time before he emerges as a viable option on the wing. 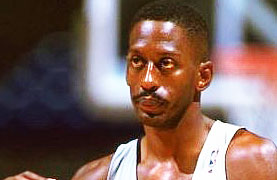 I really have no idea where Floyd's nickname came from...

Minnesota Timberwolves' fans were ecstatic when GM David Kahn selected Flynn with the #5 overall pick in the 2009 NBA Draft. They were slightly more puzzled when Kahn took another point guard, Stephen Curry, with the very next selection. This, along with the selection of William Avery with the 18th overall pick, made the Wolves the subject of "too many point guard" jokes on TNT, ESPN and other national media outlets.

So far, however, Flynn has lived up to the hype. Boston Celtics' forward Al Jefferson called him the next Charlie Paulk and teammate Rashad McCants said he plays "like a cross between [Kevin] Nash and [Axel] Rose".

Tonight, Flynn will get to guard Eric Floyd, who scored 21 points and dished out 8 assists in last night's game against the the Tri-Cities Blackhawks. 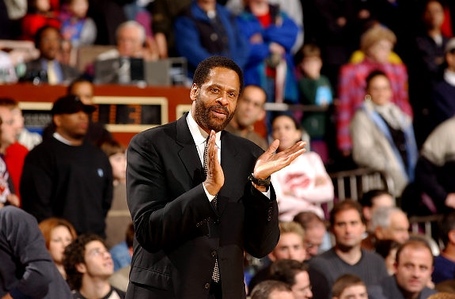 Rockets' coach Lon Chaney, Jr., has sure put a "scare" into opposing teams with his tough defensive mindset. The Wolves will need to take care of the ball and get quality shots if they want to win tonight.