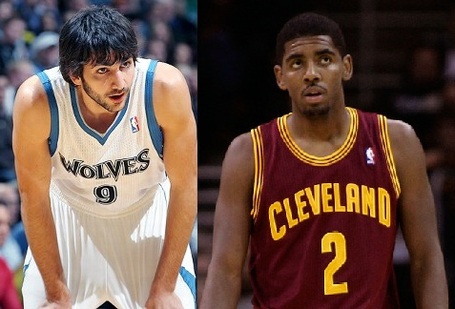 Tonight, the two rookie point guards with the most hype coming into this season - no offense, Jimmer - go head-to-head at the Target Center. Kyrie Irving, the 19 year old out of Duke, against Ricky Rubio, who is quickly becoming the most popular athlete in the Twin Cities, even after only 6 games.

One tidbit: According to +/-, the Wolves most effective lineup this season (+8) has been Anthony Randolph, Kevin Love, Wayne Ellington and Ricky Rubio. That group has only been on the floor together for 9:12 this season.

The Wolves' least effective lineup (-11) has been Darko Milicic, Kevin Love, Michael Beasley, Wesley Johnson and Luke Ridnour. That group has played 87:37 this season. That group also looks a lot like the Wolves' starting lineup.

Let's break down the lineups below: 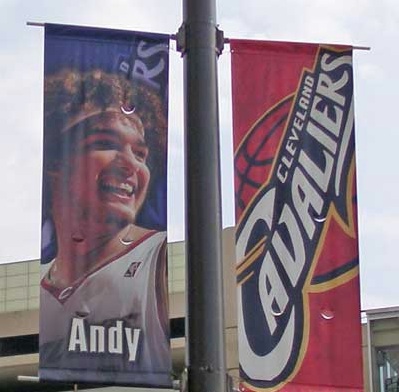 It's pretty obvious that Dan Gilbert wanted to save money on this banner by calling him, "Andy", instead of Anderson. Hopefully, Glen Taylor doesn't make any posters hyping up Kev and Rick.

Anderson Varejao belongs to a group of players that I like to call, "Ehhh Players". As in, whenever someone mentions them as a potential trade target, most people respond with, "ehhh". Varejao rebounds decently. He can play good enough defense, I guess. His shooting percentages aren't great and he can't shoot free throws very well. He gets paid an awful lot.

Darko, meanwhile, belongs to the group of players called, "Ahhh Players". As in, whenever Darko does something on the court, most people respond with, "ahhh", either because they are surprised or frustrated.

Personally, I know which type of player I would rather have on my team. 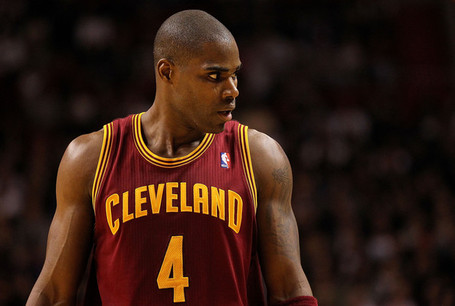 A lot of veterans spend their golden years going from competitor to competitor, trying desperately to get a ring before retirement. It's nice to see that Antawn has no desire to do that.

Remember when the Washington Wizards banked all their playoff hopes on the trio of Gilbert Arenas, Antawn Jamison and Caron Butler? Caron is having a decent enough year, but Arenas is out of the league and Jamison is anchoring the front line of the 2nd worst team in basketball last season (I can't remember who the worst team was...). Eddie Jordan might be owed an apology.

Tonight, Mr. Jamison goes up against a guy who gets double-doubles even when he has a "bad" game. Charles Barkley has been calling Love the best power forward in basketball. Love is 4th in PER behind LeBron, Manu and Andrew Bynum; he has the 4th highest rebound rate; and is 2nd in both Estimated Wins Added and Value Added (LeBron is 1st in both categories).

The other night, Laker fans were getting excited because Andrew Bynum had a 20-20 night. In Minnesota, we shrug our shoulders at 20-20 and assume it's only halftime. 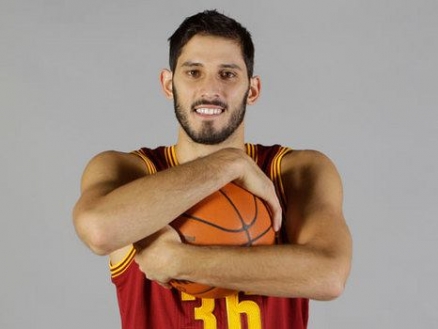 It's okay, Omri. You don't play in Sacramento anymore. You'll get the ball back if you pass it on this team.

Omri Casspi is one of those players who is usually assumed to be better than he actually is. Some people think he's a good shooter? He's at 39% this season and his TS%/eFG%s have gone down every season. He's not incredibly efficient with a TOV% of 23.1 and only 1.3 free throw attempts per game. He doesn't get a lot of assists and his defense is average at best.

Of course,. when the next best SF on the roster is Alonzo Gee, the above paragraph doesn't look as bad. At least it's better than Joey Graham. Or was it Stephen Graham? I can never get my Graham Brothers straight. Maybe it was Billy Graham. I think that's it.

Michael Beasley comes into this game with PER of 7.83, which is slightly better than Canis Hoopus Trade Machine favorite, Josh Childress, and just behind...Omri Casspi. Good thing PER is total nonsense. 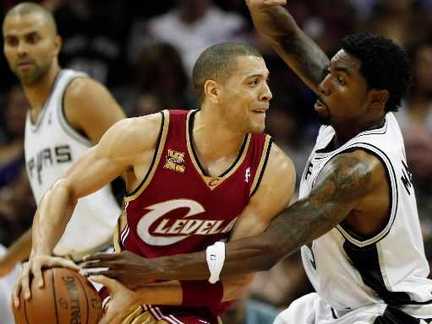 Seriously? Anthony Parker still starts for Cleveland? They couldn't find anybody else?

If anybody is allowed to make fun of the talent, or lack thereof, in a team's pool of wing talent, it is Timberwolves fans. After all, we've had to watch some of the worst wing players in NBA history in the last 5 years. We talk about Ryan Gomes and Corey Brewer as examples of some of the best wing players we've had on those teams. So, when I see that Anthony Parker and Daniel Gibson make up the 2-guard rotation of the Cavaliers, I think I'm allowed to say: wow, that's terrible.

Parker has had a PER of over 15 one time in his career...and that was in '98-'99 when he only played a total of 3 minutes. He can hit a three from time to time, but otherwise, he can't rebound, pass or play defense. 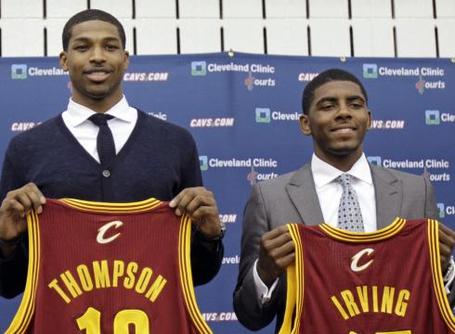 Tristan and Kyrie both earned B minuses at Fake Smile Camp.

Between Kyrie Irving and Ricky Rubio, which player has the highest WS/48?

Which player has the highest TS% and eFG%?

Which player has the highest offensive rating?

Time's up. It was a trick question. Luke Ridnour is the highest in all of those categories. Despite all of the guff he gets, even from his own home fans, Ridnour has been quietly efficient and productive so far this season. Ricky and Kyrie both have more assists and both score more points per-36, but Ridnour shoots better and turns the ball over less.

The decision to keep Ridnour seems like a smart one. 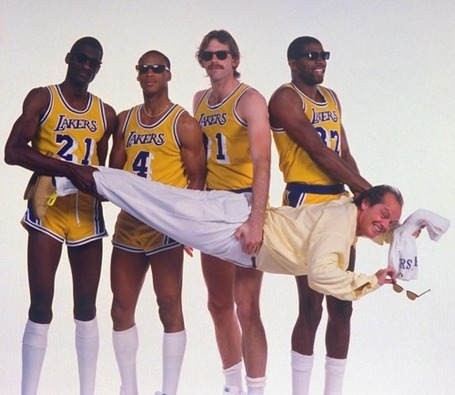 It's strange to think that out of all the guys in the above photo, Michael Cooper turned out to be the best coach and it isn't even close. Jack Nicholson is 2nd.