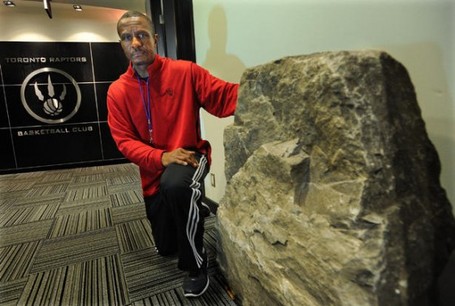 Head coach Dwane Casey had a large rock put in front of the Toronto Raptors' locker room as a reminder that the team is slow and stationary.

The Toronto Raptors return home after a terrific performance in which they scored 62 points on 31% shooting, including 8% (1-12) from 3 and 58% from the free throw line. They had 17 turnovers and 15 assists and lost by 35 to the Philadelphia 76ers.

The Raptors have lost two in a row - including one to New Jersey at home - and face the Wolves, who are coming off of their own strong performance against the Washington Wizards.

Michael Beasley and J.J. Barea are still out for tonight's game, as the Wolves play the 2nd game of a back-to-back-to-back set. Let's break down the matchups: 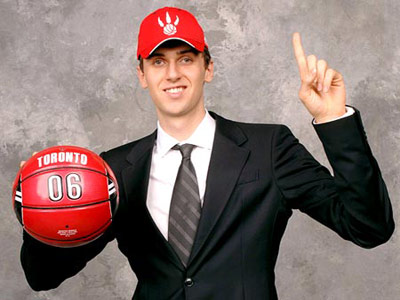 Now that Brandon Roy has retired, there is not a single All-Star among the top-10 of the 2006 NBA Draft. Including Roy, there have only been two All-Stars from that draft (the second being Rajon Rondo).

Andrea Bargnani is in his 6th NBA season and has started 268 of his 375 career games, averaging over 30 minutes per game. In that time, he's collected 1846 rebounds. For reference, Kevin Love got to that total somewhere near the mid-point of last season (Love's 3rd season). The word 'soft' is not enough to do justice to the career of Bargnani, who is so soft that he makes Drake seem like Tupac Shakur.

Bargnani will have a tough assignment tonight against Darko Milicic, whose offensive game should challenge the defensively-challenged Italian. By the end of the night, Bargnani could have 1847 rebounds. 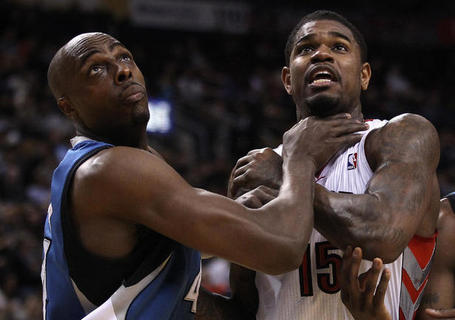 Amir Johnson is the homeless-man-who-just-visited-Mystic Lake version of Kevin Love. No one will ever mistake Johnson for anything more than an efficient, yet low volume, scorer who rebounds well but cannot play much defense and turns the ball over at a high rate. Oh yeah, and he's ridiculously overpaid. 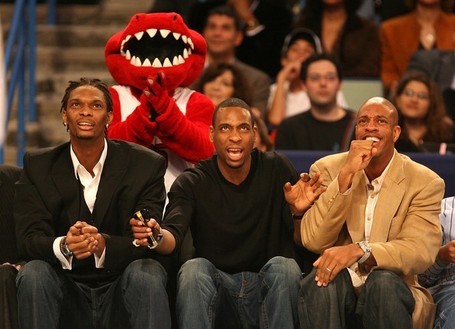 Rasual Butler is undoubtedly the worst basketball player in this photo, including The Raptor mascot and the little kid sitting in the stands with his baseball cap on.

When TImberwolves' fans decide to complain about their wing talent, they should also thank their lucky stars that they are not having to start Rasual Butler. In his last game against the Sixers, Butler went 0-of-4 from the field for 0 points, 2 rebounds and a turnover in 19 minutes of play...in which he had a -19 +/-. Last season, Butler shot 33% from the field and had a WS/48 of -.009, compared to Wesley Johnson's 40% and .030. Butler may very well be the worst wing player in the entire NBA. Fortunately for him, Jonny Flynn is still in the league, which means he isn't the worst overall player in the NBA.

If Wesley Johnson cannot outperform Butler tonight, he might as well just retire now and save everybody the trouble. 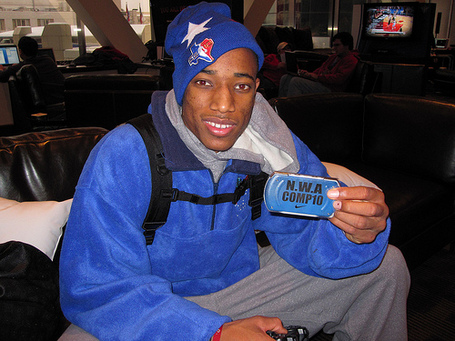 Given Demar DeRozan's field goal and three point percentages, the NBA has decided that DeRozan can no longer be listed as a 'shooting' guard in programs and official marketing materials.

Minnesota could have taken Demar DeRozan instead of Jonny Flynn in the 2009 NBA Draft to pair with Ricky Rubio. I'm not sure what all the fuss is about though. DeRozan is a shooting guard who cannot shoot. He's only made 19 three point shots in his entire career up until this point. He also cannot pass, rebound or play defense, so I'm confused as to why anyone would consider DeRozan valuable to an NBA squad.

Wayne Ellington, meanwhile, appears to be the long-term answer to the Wolves' wing problems. Let's start him the rest of the year, even when/if Michael Beasley comes back from injury. 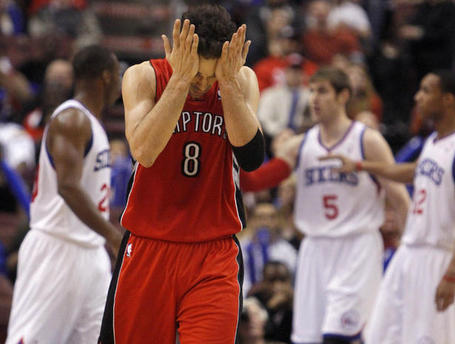 After getting flattened by the 76ers, Jose Calderon pondered his next game against fellow Spaniard Ricky Rubio.

Rick Adelman will probably still start Luke Ridnour tonight. I'm not sure why, you're not sure why, nobody is really sure why. But Rubio will play when it matters, and although he was doing it against the swiss cheese defense of the Wizards yesterday, his performance was nothing short of extraordinary. The Wolves may suddenly have the best point guard in the NBA on their team.

Jose Calderon has played against Ricky Rubio often in his life, but never before in an NBA uniform. As long as Rubio gets the minutes, he should carve up these Canadians as well.

If you haven't voted yet, click here and vote your Minnesota Timberwolves into the All-Star Game.