A blind grain of sand listens to the televised version of live sports. Writes things down. Or does he?

The sound of a spanking ball. Men shouting. Women being quiet.

Thump, thump, thump. Sideline dancers prance like Eva Peron. I cannot see them, but the sound of their jelloey jingle, it jangles in my ears. Later tonight they will become her. The whore.

Earlier today I was preparing to watch the Minnesota Timberwolves play the Toronto Raptors when I fell and bumped my head on the kitchen counter. My father shoved me. My blind father. I become him. But first, we must make our way through the labyrinth of Air Canada Center and what took place there earlier this evening.

There are few things that I enjoy writing about more than animals. Mazes, perhaps; sand, definitely; but animals are right up there along with God, made-up reviews of fictional books, and the always exciting topic of libraries. Oh, how I love a good library story.

It is because of this great love that my fondness for the Minnesota Timberwolves knows no end. It is also the source of my terrible and ferocious hatred of the Toronto professional basketball franchise.

In reality, or even in well-written fantasy and magical realism, raptors are noble creatures. Majestic mouse-eating birds of prey who are able to fell out of the sky with great force and agility whilst being called back to the gloved hand of their leather-vest wearing, community theater reject, medieval fair performing master. Huzzah, royal falconer! Throw another turkey leg at the village idiot dunk booth!

In the NBA, these glorious beasts are cartoon lizard depictions of the antagonists from a popular popcorn motion picture jing-a-ling that was in vogue around the time when a small dwarf of a man named David Stern allowed basketball to be played north of the border. It was a terrible decision from the get-go: 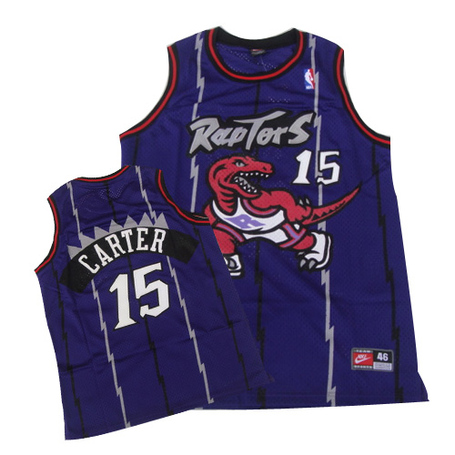 I am unsure of the proper translation of the word that I am thinking in my head, but let me give it a shot: F**kdonkulous.

As you can see, I have now been caught in a maze of rage. Instead of writing about the game at hand, I have taken many twists and turns through the labyrinth that is my hatred for all things Steven Spielberg. Also, I am blind and these things tend to happen with great frequency.

The Minnesota Timberwolves have long searched for a legitimate 2 guard. They have often confused players like Randy Foye or Rashad McCants with this rare item, but they have seldom been able to actually acquire the real deal.

Brandon Roy fills all of the main requirements for a legitimate 2 guard. He also fills all of the main requirements for being an attractive acquisition for Wolves President of Basketball Operations, David Kahn. Namely, he once played basketball in the greater Portland area. Unfortunately, he also has no knees. This is problematic for things like jumping and running. It is also problematic for when large and athletic swing men run quite quickly towards the slow Brandon when he has the ball. It forces him to leave his feet or make a ridiculous pass back across his body (a pass which will soon be renamed "The Shved"...more on that later) or to lack the necessary lift to get to an easy defensive rebound.

It is quite a sad thing to watch, this legless man with no lift. You can clearly see that his brain knows where he needs to be with the ball but his legs--his legs look like they are trapped in a billion grains of sand. 22 minutes, 4 points, 5 turnovers, and 1,000 reminders that fluky medical procedures cannot relight a candle that has long since burned to its wick.

Unfortunately for the Timberwolves, this broken Brandon was their mascot for the night, and not the Crunch. Turnovers, a general lack of rebounding, and all-around a-step-too-slowedness plagued the hometown 15 14 13 12 11 walking wounded. The team ended up with 24 turnovers while letting the lowly Raptors grab 16 offensive rebounds. That's 40 whole extra chances for Canadian success. They may be nice people, but they are undeserving of such charity, eh.

The turnovers were especially damning, as the Raptors went to the half with a 27-2 point advantage of points off of turnovers. At one point in the 3rd quarter, Toronto had 20 more FGA than did Minnesota. Much like one of the Minnesota Vikings' top three offensive options is the pass interference, one of Toronto's best ways to score was to simply let the Wolves have the ball.

Oh, this recap is starting to get to me. I have created a maze from which I cannot escape. Thankfully, this is the internet and I am, now, just a lazy blogger with access to the greatest escape trick of all: bullet points. I shall blame this shortcoming on the rage maze.

That is all of the words that come to my head about this game. In summary: F**k Steven Spielberg, Kevin Love's knuckle pushups can go to hell, Raptor is a fraudulent mascot, AK47 is the business, and please buy my upcoming collection of Pek folk songs.