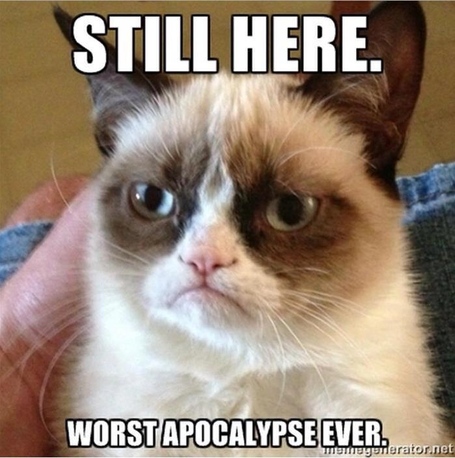 That means the next date of signifigance to our beloved end-of-the-world-surviving Pups is the trade deadline, February 21st. Which could mean a fairly active next 8 weeks or so, as the Wolves try to stay afloat among a freakishly high number of rather serious injuries.

Let's chart this out for a second:

Nine players...3/4ths of the roster...have already been fairly significantly affected by injuries early this season. Four of them will definitely still miss significant time (or in the case of Josh Howard, is unfortunately no longer with the team). And two more will always have little nagging injuries to deal with because they just are who they are.

Then factor in on top of that, that two more players just aren't pulling their weight (anyone else kind of want Anthonys Randolph and Tolliver back?)

So this is definitely a squad that would welcome a pick-me-up. The questions, of course, are who? and how? 'Sota assets vary depending on your outlook, but the core would consist of Derrick Williams and either Ridnour or Barea (most likely Ridnour, at this point). Possibly Pekovic, if the take is right and you don't want to pay him max money, and any of the fringe bench guys. The needs are primarily on the wing, particularly a guy who can hit the corner three, and a tall, reach-y big who can lend some long-term defensive presence in the post.

The Low-Costs and Fliers:

Tracy McGrady: T-Mac definitely comes with baggage....particularly when your head coach is Rick Adelman. But as he's proven the last couple seasons, he's made peace with his health and ego and can contribute in a meaningful way when given the chance. Will he come back from China? Can he? Complicated questions, but for a team in need of wings, he'd be a solid, if somewhat risky pick.

Michael Redd: Dude has an injury history that rivals Roy's. But he can really really shoot. Might be worth a look as a guy who can make kickout corner threes.

Rudy Fernandez/Juan Carlos Navarro: Two of Ricky's most favoritest teammates in Spain. Both have NBA experience and skill; both also have soured on NBA life. But you could at least call, right?

Maurice Evans: Another guy in the Josh Howard sort of mold...longtime NBA vet who can do solid work for whatever team he lands with. He's getting up there in age (34) but he's still an upper-level athlete who can score and defend.

Michael Finley: The former Mavs star wants back in the NBA. Assuming his skillset is intact, he could be useful; the Finley of old was a solid shooter and willing facilitator.

Lazar Hayward: He reportedly has already been here/is here now working out for the team. It's unclear if he's in the mix or just a live body to practice against, but we'll see.

Ryan Gomes: Another former TWolf who did good work in some dark times for us. He's playing in Germany now, but could probably be lured back pretty easily. He's as professional as they come, and all things considered, he's got a pretty ideal skillset for the Adelman offense.

Any number of DLeaguers/end bench players: This list could be endless, but you get the idea.

Jared Dudley: Probably the name that comes up the most, and for good reason: the guy can really shoot. If you think about him as a poor man's Stojakovic, in a system that made Peja a legit MVP candidate....well, yeah. That said, as multiple sources have made clear, it'd take giving up some pieces to land him. More than just Derrick Williams, it seems.

JJ Redick: Another name that comes up a lot, and again, for good reason. Redick has shut the haters up with a strong, surprisingly diverse skillset and more athleticism than he gets credit for. This year he's averaging 14ppg on 45% shooting while dishing 5apg as well. He'd be more of a Doug Christie than Peja, but hey....Christie was a damn good player for Adelman too.

Dorell Wright: For whatever reason, Wright seems to have fallen out of favor with Doug Collins behind Nick Young, of all players. He's another guy in the Jaded Dudley mold who can really score in catch-and-shoot situations in a fast offense (ie the opposite of how the Sixers play).

Raja Bell: He's technically still on Utah's roster, but isn't playing or even traveling with the team. He's definitely older, at 36, but he can shoot and defend. The only reason he's not on the Flier list is because the Lakers are trying to land him too.

Marshon Brooks: Our darkhorse second round favorite from a couple years ago has become a real athletic scoring force for the Nets....only to lose his spot in the rotation to Joe Johnson, Jerry Stackhouse and Keith Bogans. Such is life under Avery Johnson. I have to say, the idea of Rubioops to Brooks is pretty appealing.

Jeremy Evans: He's getting basically no burn in Utah now that the Jazz have two proven small forwards (Marvin Williams and Gordan Hayward) The upside is he's young, athletic, big (6'9") and a very hard worker. The downside? No three point range. At all.

Kyle Singler: Far be it for me to compliment a Dookie in S-n-P's house, but the fact is there's no way around fact that Singler would be a fantastic addition to this team. He can shoot and rebound without stopping the ball, he works hard on defense, and plays with a 100% team mentality. He paid his dues the last couple years. He's legit. (He could also be pretty difficult to trade for depending if the Pistons decide it's time to move on from Tayshaun Prince)

John Henson: A couple years ago, S-n-P put out a call for the Wolves to grab an athletic, high-impact, low-usage big man to pair with Love. At the time, the name was DeAndre Jordan. Now I'm repeating that call with John Henson, who fits the bill across the board. Minutes have been hard to come by for Henson under the notoriously mercurial Scott Skiles (17points, 18 rebounds against Miami one night, 7 minutes of playing time the next) who favors veterans and seems to have settled on Larry Sanders (the guy who put up a points-rebounds-blocks triple-double against us) as his youth pet project. That means Henson could be available at a not-outrageous price. Definitely worth looking in to.

Danny Granger: Paul George is blowing up at small forward, and the Pacers have plenty of legit options at the 2...Gerald Green, Sam Young, and a steadily-improving Lance Stephenson...to let George stay at the 3 and move Granger. If you think Granger can remain reasonably healthy....and that's a big BIG if....then acquiring him would solve virtually every issue the Wolves have on the wings right now. Only question would be could he and Andrei Kirilenko co-exist? Neither can really play shooting guard.

Gerald Henderson: The 'Cats have been plenty patient with Henderson, and it's paying off in a big way for them. Last season, he led the team in scoring at 15ppg. This year, his scoring is slightly down as Charlotte works to develop other youngsters Kemba Walker and Micheal Kidd-Gilchrist, but Henderson continues to improve other facets of his game...defense and ballhandling....while doing major surgery to his three point shot: over 50% on threes this year, after averaging just 25% the three seasons prior. Plus, he did this to Dwight Howard:

Kyle Korver: The only reason this journeyman is on the lot-of-work list is because the Hawks have basically no one to play at small forward without him. But man....can he ever shoot. Low cost alternative if you call Atlanta and Korver doesn't move: Anthony Morrow.

The swing-for the fences guys:

Eric Gordon: As noted when the Thunder sent James Harden to Houston, there is a very, very short list of highly athletic, highly productive young shooting guards in the league (quite a turnaround after getting bombarded by Kobes/McGradys/Vinsanitys for the last 15 years) Eric Gordon is on that short list. Health is a major major concern, but he's a legit 20-3-3 guy when he plays. Gordon would be very expensive, but a core of Rubio/Gordon/Love would go a long, long way.

Pau Gasol: As long as Rubio is on the team and Gasol is in the NBA, there will be rumors about getting him. The scenario here is basically if you believe that Gasol is being held back by the system in Los Angeles (I think most of us can see that) and that Pekovic is going to get offered a max contract from someone this summer (a virtual certainty, considering last summer), then you package Williams and Pekovic to somewhere (not necessarily both to LA) for Gasol. Pau is older and just as expensive (although not for as long), but fits the system better, meshes with Rubio perfectly, and fixes the height and reach problem the Wolves have in the frontcourt.

Blake Griffin: Now, before we get all uppity, hear me out. This is for that worst-case, world-ending situation where Kevin Love demands out. I won't say it's 100% guaranteed he'll leave, but I do think it's more likely than not. A team and a player that get along don't have chronic blowups like the Pups and Love.

If....IF....Love does say 'get me outta' here', then Blake Griffin is the guy I'd go after. Love won't complain, he loves Los Angeles. The Clippers will obviously be hesitant to part with such a ticket-selling force, but...I dunno. Spin them on the fact that Love puts up bigger numbers and produces more wins, the way we do to ourselves here. Throw in other players if need be.

Bottom line: If you have to move on without Kevin Love, do it with Rubioops to Blake Griffin.

DeMarcus Cousins: He's now suspended indefinitely for fighting with the head coach. Will the Kings give up on him? And if so, are we brave/foolish enough to take him and his warehouse of upstairs issues?