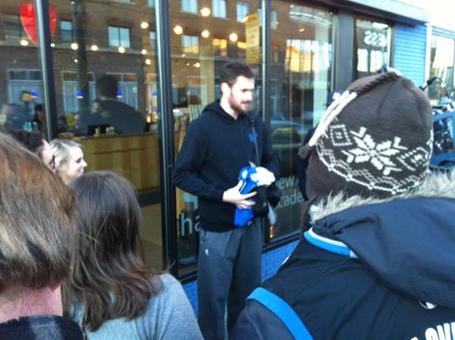 Kevin Love has stopped hanging out in Uptown and is back playing basketball tonight against the Dallas Mavericks.

On Wednesday, a few hours before the Wolves were set to play the Memphis Grizzlies, Kevin Love decided to give away autographed gear to some fans. Unable to join the team in Tennessee due to his two-game suspension for repeatedly kicking Luis Scola in the face, Love tweeted that he would meet fans on the corner of Hennepin Avenue and Lake Street in Uptown Minneapolis. Love showed up to a group of fans and handed out jerseys, shirts and other autographed merchandise.

It was a nice gesture that was a fun way for him to connect to some fans in the Twin Cities.

Tonight, Love will rejoin the team and take on the Dallas Mavericks for the third time this season. The Wolves have won the first two and can sweep the series with a victory tonight. 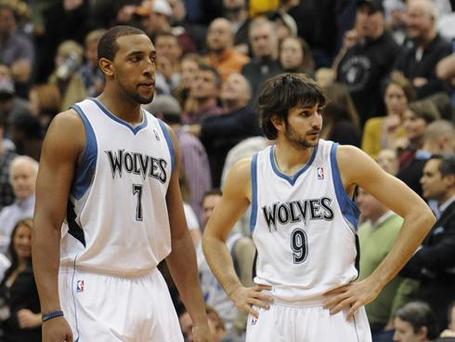 The Lion is back in his cage tonight, while the Unicorn will look to take out his revenge on the NBA for being snubbed by the Western Conference coaches. 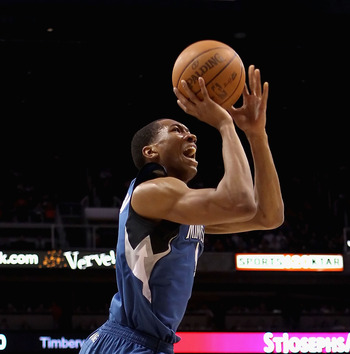 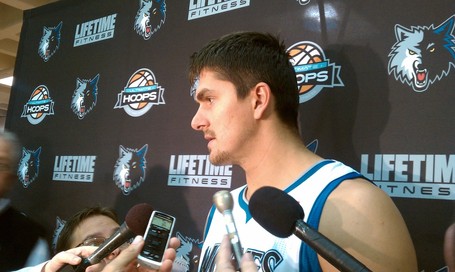 What is most notable about Darko's absence due to injury is how little anyone cares. 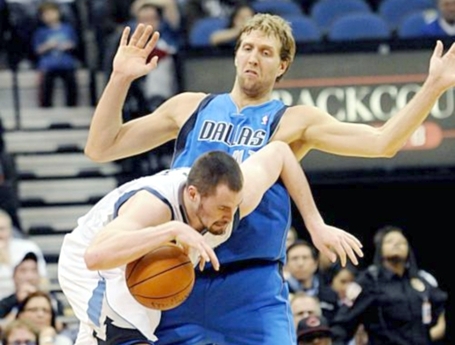 The good thing for Dirk is that his face looks like it has already been stepped on.

Dirk Nowitzki was selected as an Western Conference All-Star reserve, which will be his 11th consecutive All-Star nod.

Kevin Love was also selected as a Western Conference All-Star reserve, which is his second appearance. 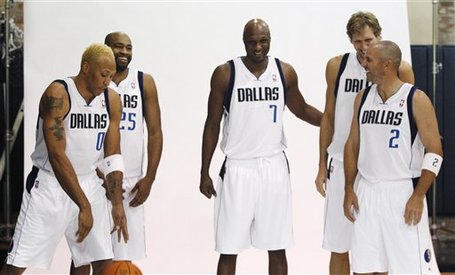 How many Hall of Famers do you think are in this picture?* 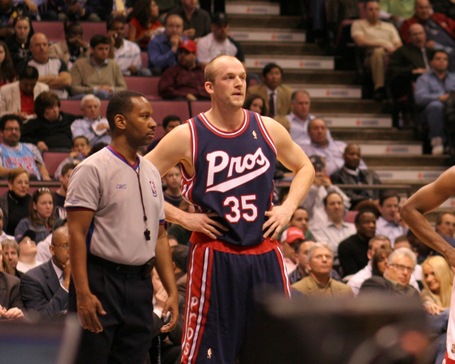 I like Brian Cardinal, but it might be safe to say he is currently the worst player in the NBA. Wesley Johnson's stellar PER of 5.9 is more than twice that of The Janitor (2.4).