It's a good thing the new CBA prevents NBA stars from holding their teams hostage. Orlando fans and Dwight Howard's Magic teammates must feel so relieved.

Superstars forcing trades is nothing new.

In 2004-05, Vince Carter wanted to be traded away from the Toronto Raptors. In order to "assist" in this effort, Carter famously began quitting on the Raptors. If you look at the stats, this quitting bears out on the numbers. He took five fewer shot attempts per game (with a scoring average of 7 points fewer); his rebounding average went from 4.8 to 3.3; his defensive rating went from 102 to 109; and his WS/48 went from .103 to .068.

Funny, after Carter was traded to New Jersey, all of his stats went back up to his career averages (and higher in many cases).

Is Dwight Howard doing the same thing in Orlando?

The stats say no. His production is on-point with his career averages, including his .491 free throw percentages. It's nice to know that while Howard is holding his team hostage by not accepting an extension and by talking about potential trade destinations, he has not stooped to Carter's level.

Howard, while he is still with Orlando, will play the Timberwolves tonight in Florida. 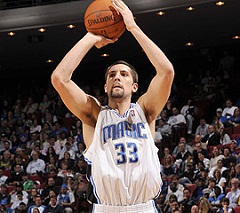 Ryan Anderson has been referred to as "Kevin Love-Lite" by some fans, but I think Anderson will need to grow out his beard for at least another twelve weeks before he can be given that title. 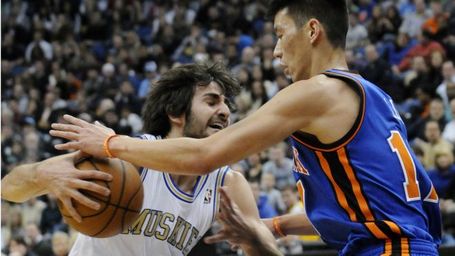 Even the pixie dust of the Unicorn could not overcome Linsanity on Saturday night in Minneapolis. 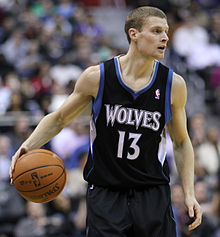 All joking aside, Luke Ridnour is a great guy and I hope that all is well with his family. He's been through a lot with his wife and children over the past year and my thoughts go out to them.

Luke Ridnour - Out due to personal reasons 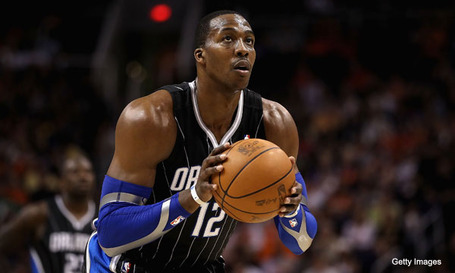 If you're a Magic fan, you probably do not want to see too much of this at the ends of games.

Darko Milicic is expected to return tonight, but he is not expected to start the game against Orlando.

Dwight Howard, when he is not trying to force a trade, has said that he wants the ball more late in close games. Of course, given his FT%, there might be a reason why Stan Van Gundy is keeping the ball away from him in crunch time. 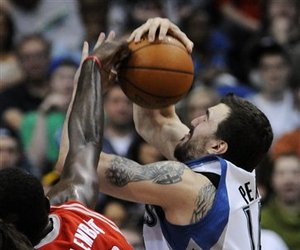 If you see Nikola Pekovic grab a defensive rebound, you may want to take a picture. It doesn't happen often. 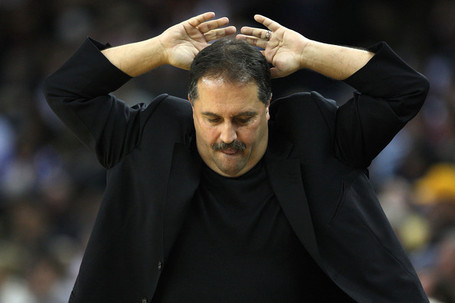 Stan Van Gundy had this reaction to Nicki Minaj's "Exorcism" performance at the Grammy Awards.