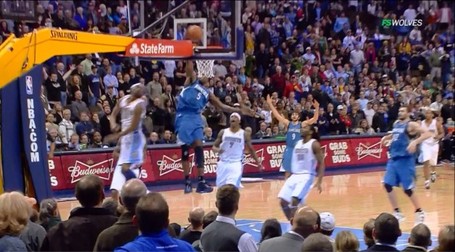 Let's face it, Martell probably wouldn't have made the three-point shot anyway...

Somehow, even though the Minnesota Timberwolves lost on Monday night to the Denver Nuggets, they managed to climb up the standings and are no longer in the basement of the Northwest division. Sitting in the 10th spot in the Western Conference, the Wolves are still having their best start in the last five seasons.

The Utah Jazz come into town having lost 9 of their last 12 games, including a 102-106 loss to San Antonio in Salt Lake City. Al Jefferson is 4-1 against his former team, including a January 21 home win against the Wolves in which Jefferson had 18 points and 12 rebounds. Kevin Love finished that game with only 15 points and 8 rebounds.

It is the final game before the NBA All-Star break and the Wolves are hoping for some momentum heading into the second half of the season. 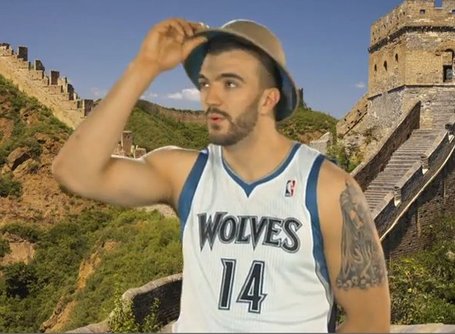 Word on the street is that Nikola Pekovic is planning on giving it a go tonight. Whether he'll start and how much he'll play is yet to be determined. I'm putting him in the projected lineup because I don't want to think about the possibility that Brad Miller could actually get a start tonight. (Thanks to Dave Chisholm for the head's up on this one) 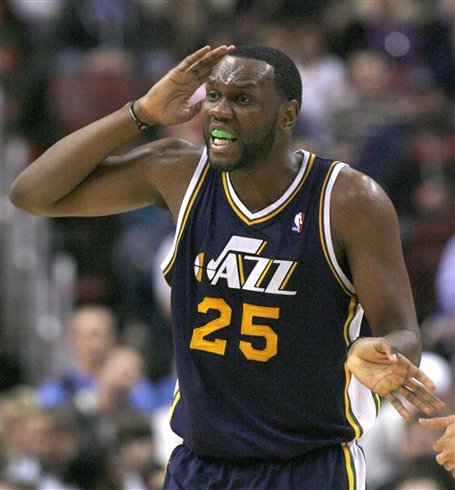 When debates about trading/not trading Al Jefferson were happening on this site, no one could've imagined that a most effective version of Jefferson was coming to our team from Europe. Who would choose Al Jeff over Pek right now? 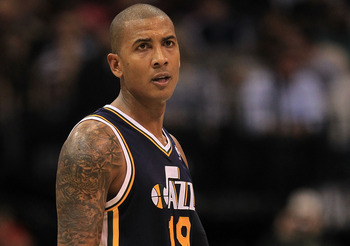 With no Raja Bell tonight, the Utah Jazz will be relying upon Gordon Hayward for all of their missed shot attempts. 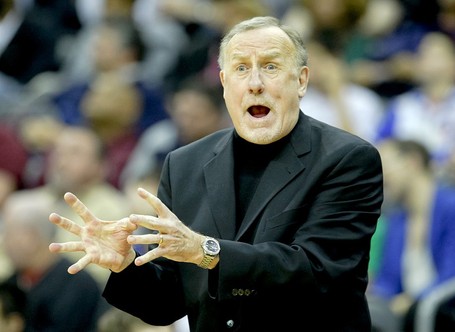 There are more than a couple of Wolves players who could use Rick Adelman's intensity and competitiveness. 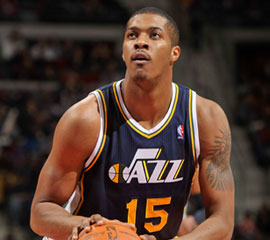 Derrick Favors was selected, instead of Nikola Pekovic, to replace Tiago Splitter in the NBA Rising Stars game at All-Star weekend in Orlando.