Share All sharing options for: Ode to an All-Star: DJ Mad Mardigan 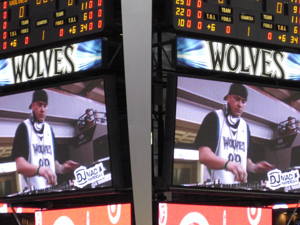 It is a beautiful, albeit rare, moment when unsung heroes get recognized for their efforts.

DJ Mad Mardigan is this kind of a hero. A visionary in his craft who has been an integral part of the Minnesota Timberwolves success so far this season. Thankfully, the NBA appreciates his efforts and has invited him to join Kevin Love, Ricky Rubio and Derrick Williams in Orlando for the 2012 NBA All-Star Weekend.

Take a moment to learn a little bit more about DJ Mad Mardigan and his impact on the first half of the 2011-2012 NBA season:

It is a cold Wednesday night in Minneapolis and the Timberwolves are somehow losing to the Charlotte Bobcats at the end of the first quarter. The energy in the building is low and the players are feeling it. Memories of last year's dreadful season are creeping back.

Motley Crue's "Kickstart My Heart", started pouring out of the Target Center speakers, thanks to Mardigan, and the life started coming back into the building. Normally at that juncture in the game, Mardigan would have chosen something from Katy Perry or Maroon 5. Not that night. Mardigan sensed that he needed to play some Crue to get things back on track. It worked and the Wolves ended up defeating the Bobcats by double digits, thanks to a clutch decision from Mardigan.

Kevin Love noted after the game, "The guys were really getting down on themselves. Luckily, we can count on DJ Mad Mardigan to always have our backs and give us that extra push with a great song at just the right time. I credit him for getting us back into that game."

Anthony Tolliver added, "It is hard to stay motivated over the course of an 82 or 66-game season. Every team is going to have off nights. Thankfully, we have Mad Mards to keep us in that zone. We were playing [the Spurs] and I'd just missed like three in a row, man, and I was feeling down on myself. Mards played Todd Rundgren's 'Bang on the Drum,' and got me out of my funk. I just laughed and felt blessed that Mards is on my side. I definitely wouldn't want to face him on some other team." 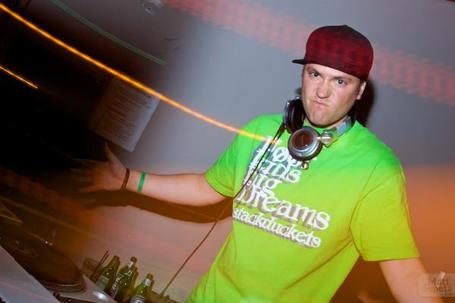 It was not the first time that Mardigan has saved a win for the Timberwolves in his career with the team. He has been a constant contributor ever since he was drafted by David Kahn out of DJ Khaled Community College.

"Mardigan, like all of our young players, has had to grow and develop his game," said Kahn. "I remember back in his rookie season when he played "Rock and Roll Part 2" in the 2nd quarter, instead of saving it for the big fourth quarter push. But those are the kinds of mistakes you have to live with when you're building a championship contending squad."

"Mardigan is the first guy in the gym and the last guy to leave. You''ll see him after practice just working on his cuts and fades. Trying to get his timing perfect. I remember one time, after we had a bad game against Cleveland, he stayed at the facility until 1 in the morning listening to tape. I wish all of our players were as dedicated as Mardigan."

Michael Beasley loves Mardigan's unique style of play. "He's not like anybody else I've ever seen. Some guys just come straight at you with a House of Pain track or a Van Halen record. He'll switch it up. He'll put a Nitty Gritty Band song over an LMFAO beat. He'll play Fat Bottom Girls but keep scratching at the record and repeat the hook over and over. Nobody else is doing what he's doing right now and that's why he's so hard to stop." 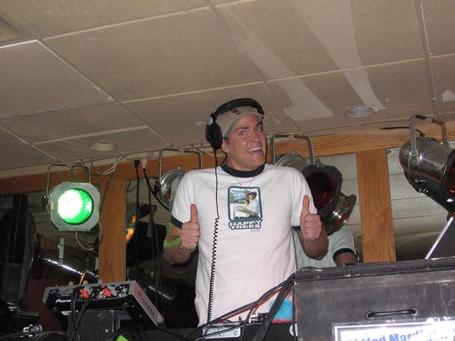 Mardigan is not letting his first All-Star appearance go to his head. "Obviously this is a great honor," he said to a group of reporters at Target Center after the announcement was made, "but I'm going to stay focused and continue to do the things that have helped me get to this point. Now that [the Wolves] are gaining success, I know opposing defenses are going to try and lock me down. I have to be ready for that and anticipate what they'll throw at me."

"I also have to credit the other players on the team, since I couldn't do what I do without them."

You know what, Mr. Mardigan. They couldn't do it without you either. Congratulations.