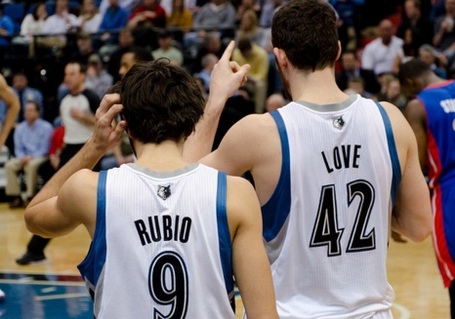 Are the Wolves Making History With Their Turnaround?

The last time the Minnesota Timberwolves finished a season at .500 or above, it was 2005. Kevin Garnett was a top-5 NBA player, Latrell Sprewell was still gainfully employed and Ndudi Ebi still had a roster spot. While it is getting ahead of ourselves a little bit to project out out the remaining 42 games of the '11-'12 NBA season, it is always interesting to play the "what if" game, and this one seems fairly logical:

What if the Wolves kept up their current pace and finished with a .500 record?

Given how historically bad the Wolves have been over the last two seasons, where would that put them in terms of turnarounds in the NBA? Would this be a historical event or just good progress? I thought I'd take a look below the fold. 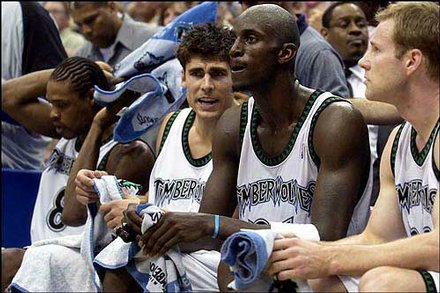 First, let's start out with the basics.

If the Wolves were to finish with a .500 record, that would give them 33 wins. Last season they won 17 games. The difference of 16 games is nice, but is hardly a record. It would not even be the best turnaround in Wolves history, given that they went from 25 wins in '98-'99 (another strike shortened season) to 50 wins in '99-'00.

Since 1995, these are the three best NBA turnarounds: 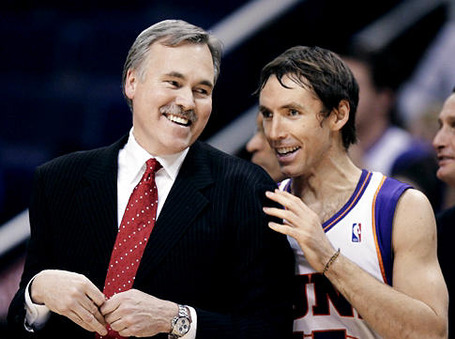 The difference: The Suns brought in unrestricted free agent Steve Nash to take the keys from Stephon Marbury and hired new coach Mike D'Antoni. That duo, along with the development of Leandro Barbosa, Amar'e Stoudemire and Joe Johnson, led the Suns from 6th in the Pacific Division to the Western Conference Finals. Phoenix went from scoring 94.2 points per game (11th in the NBA) with an Offensive Rating of 101.4 (21st) to 110.4 (1st) and 114.5 (1st), respectively. 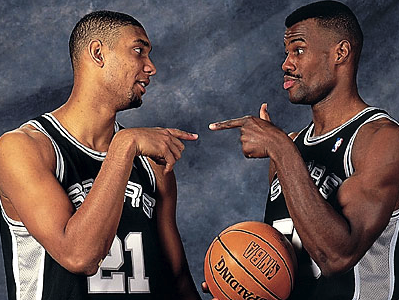 The difference: After David Robinson suffered a season-ending knee injury only 6 games into the '96-'97 season, the Spurs were bad enough that they earned the 1st overall pick in the 1997 NBA Draft. They took Tim Duncan, one of the top 3 power forwards of all-time. Robinson returned and the Spurs won 56 games. They would win the NBA Championship the following year. 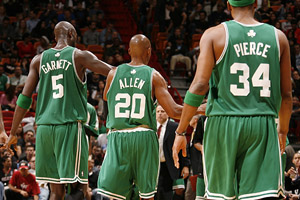 By the way, the combined number of starts in the '11-12 season was 43 for Davis/Allen/Garnett and 44 for the 11 players who were traded in return. 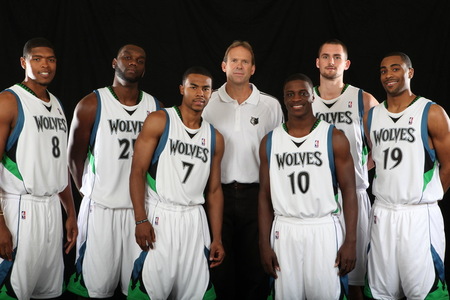 Whether you go strictly by number of wins, or you go by percentage of wins, the Wolves fall well short of the mark in comparison to those three teams. So perhaps this season is not quite NBA history in the making.

None of those three teams could match the consistent awfulness that the Wolves have displayed over the past two seasons. 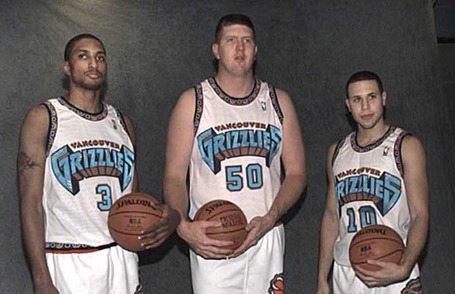 112 teams since 1979-1980 have finished their respective seasons with a win percentage of less than .300. The Wolves franchise is responsible for 9 of those teams. Only the Vancouver/Memphis Grizzlies and Los Angeles/San Diego Clippers have had more seasons below .300 (10) in that time.

The Los Angeles Lakers and Phoenix Suns have not had a sub-.300 season during that time period.

The Celtics, Spurs and Suns may have been able to make better turnarounds from one season to the next. This season's Wolves could wind up being the first team with such a lengthy losing streak to finish at .500 or above. Being able to go from consistent awfulness to respectability takes a great coach, a rookie point guard who is already playing like a veteran and an All-Star who is inserting himself into the top-10 NBA player conversation.

There is a long way to go, including a 7-game road trip in March (9 out of 10 on the road overall during that stretch). If the team stays healthy and focused, however, there is no reason to believe they will not continue their current level of play and make history.

Who knows? Maybe they'll even contend for the playoffs... 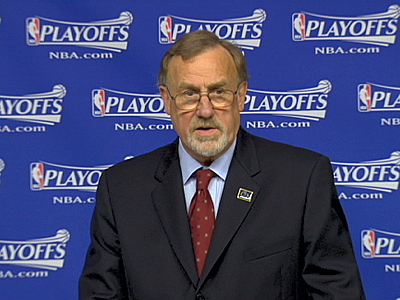