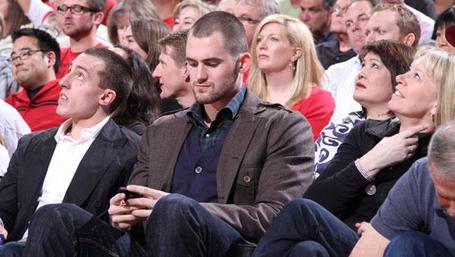 Kevin Love discussing trade rumors with his agent, after the Wolves proved they play better without him anyway.

"I think (playing without Love) builds character and it builds a winning attitude," Beasley said.

Love was back home in Minneapolis. Clearly, he was part of the problem all along, and not the solution. I guess we can thank our lucky stars that David Kahn was smart enough to know this and avoid signing Love to a five-year deal.

Let's take a look at what might be in store for tonight's game, which, to the dismay of the Grizzlies, will also be played without Kevin Love. 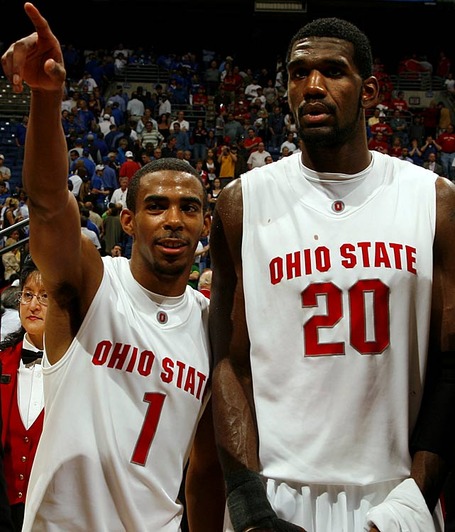 Before the 2007 NBA Draft, how many people predicted that Mike Conley would find more success in the NBA than Greg Oden?

SF: I'm Too Good for the Rookie-Sophomore Game vs. Wow, You Really Got a Max Deal?

SG: They're Not Saying 'Boo', They're Saying 'Luke'...Right? vs. Professor Pondexter 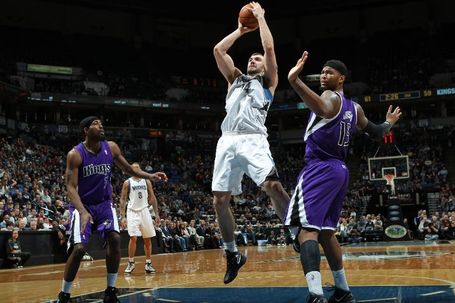 DeMarcus Cousins wanted nothing to do with Nikola Pekovic last night. 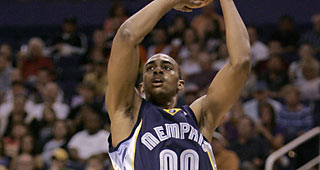 Sad news for the promising Darrell Arthur, who is out for the rest of this season. The silver lining for Arthur, of course, is that he gets to avoid defending Pekovic tonight in the post. 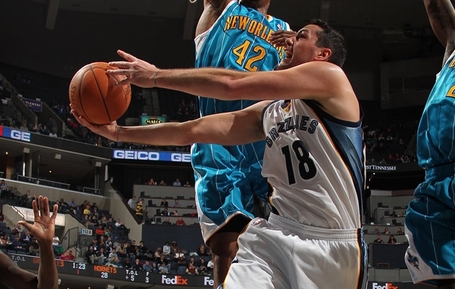 Davis was released by a team whose two best power forwards are currently injured. That can't be an ego boost.

Kevin Love will sit out tonight's game as he completes his two-game suspension.

Ricky Rubio and Derrick Williams were selected to play in the 2012 BBVA Rising Stars Challenge. Wesley Johnson and Nikola Pekovic were not selected.

Malcolm Lee scored 16 points and dished out 6 assists in his first performance with the Sioux Falls Skyforce last night.

The Grizzlies waived forward Josh Davis. Davis had 5 points and 5 rebounds in 14 minutes against the Wolves in their January 4th matchup. 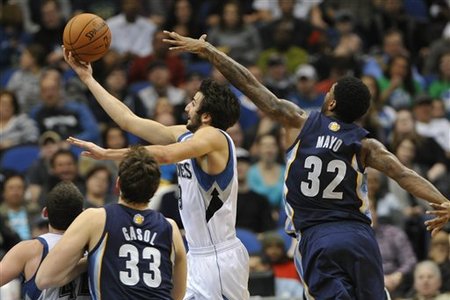 Rubio is on pace to finish with 870 assists this season (rounding up from 599.28). The all-time NBA record for assists in a season by a rookie is 868 by Mark "Mama There Goes That Man With My Record" Jackson. 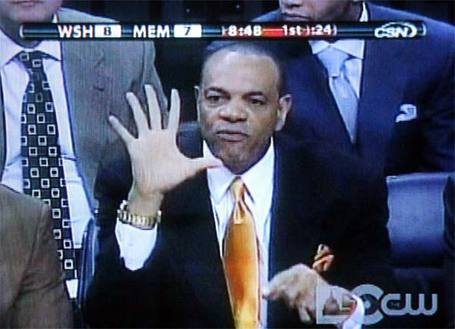