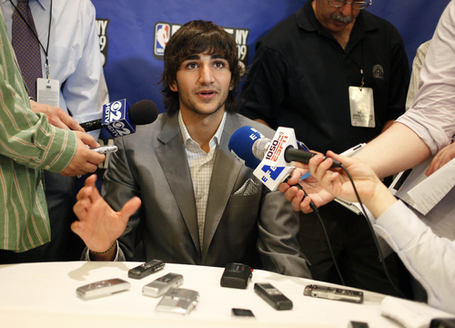 Ricky Rubio did not die. Ricky Rubio will likely be back in a Minnesota Timberwolves uniform at the beginning of next season, still smiling and doing cute, little Ricky things and making Wolves' fans swoon over his awesomeness. And let's face it, even if the Wolves held on to a playoff spot, they likely weren't winning a playoff series and most definitely were not winning a title this season, even with Rubio.

Ricky's ACL injury was definitely a set-back. A dark moment that came just as the Wolves were on the rise. It's the Wolves' marketing slogan, but nevertheless, everyone was beginning to talk about the team in a very positive way. A good portion of that was due to Rick Adelman, Kevin Love, Nikola Pekovic and Derrick Williams. But much of it was thanks to the arrival of Rubio. We'd waited two years. The Rubio Bubble was full and our expectations were high.

Somehow, he was able to match them. The dazzling passes we saw on YouTube were suddenly there in person and his basketball IQ was no longer just a mark on a scouting report. He was a real, living, breathing Unicorn. Last night, we got proof that Unicorns get hurt, too. As a fanbase, we were approaching a high that hadn't been reached since 2004, and the crash back down to earth was hard.

Still, there are 25 games left in the 2011-2012 NBA season. The Wolves still have the best power forward in the league, one of the best coaches in the league and 14 other players who need the fans' support more than ever. Now is not the time to jump off of the bandwagon. Against New Orleans tonight, and after the Wolves return from their 15-day road trip, I hope the Target Center is still firmly behind the team.

You know that's where Ricky will be. 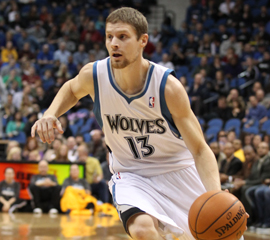 Luke Ridnour is going to have to return to playing point guard and will spend less time at the off-guard spot. Wayne Ellington and rookie Malcolm Lee may see minutes tonight with J.J. Barea still out. 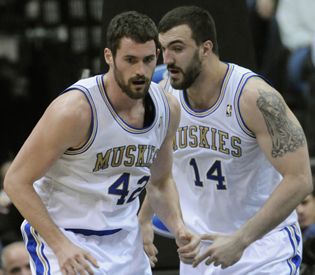 The Wolves still have one of the top frontcourt duos in the entire NBA. 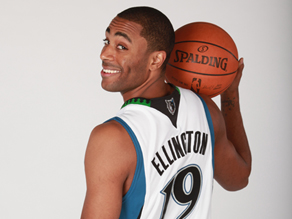 After five straight DNPs, Wayne Ellington is going to have to step up and fill in some minutes in the backcourt.

Emeka Okafor - Out indefinitely with a sore left knee

Jason Smith - Out with a concussion

Kevin Love - Questionable with back spasms 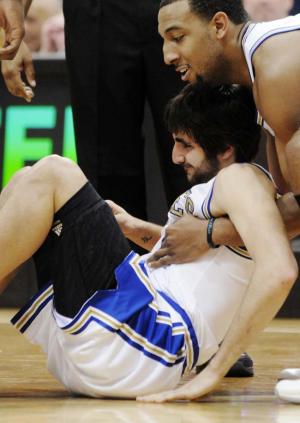 Derrick Williams is going to have to pick up the Wolves' spirits by continuing his terrific play of late. 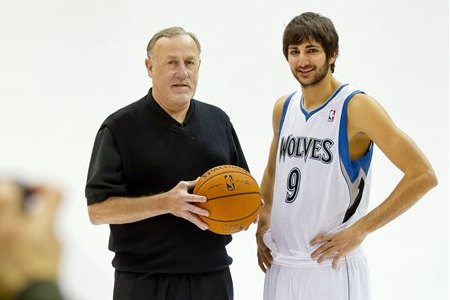 Rick Adelman is definitely going to earn his money during the remainder of this season.