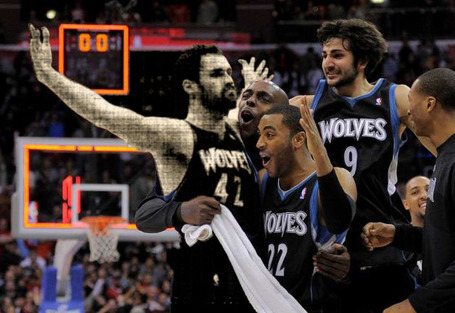 The clock is ticking to surround Kevin Love with quality players, so that four seasons from now, Love isn't just a memory.

Kevin Love, only in his 4th season, is already the second-best player in Timberwolves' franchise history and he's closer to #1 than he is to #3. Only three Wolves have finished a season with a WS/48 of over .200. Kevin Garnett did it four times. Sam Cassell did it once. Kevin Love is about to accomplish that feat for the second straight season.

He's a top-10 player, and the best power forward, in the entire NBA. His contract is also up in three seasons. That's why words like, "patience" and "development" are beginning to ring hollow. After seeing what has happened with LeBron in Cleveland, what is likely going to happen with Dwight Howard in Orlando, and even what happened in Minnesota with Kevin Garnett, the job of surrounding Kevin Love with contending-level talent should be an urgent priority.

Tonight, the Wolves are finally back home in the Target Center to play the Denver Nuggets. They don't get to stay in Minnesota for long, however, as they have to be in Memphis by Tuesday. Arron Afflalo will not be present for tonight's game, after being suspended for throwing this vicious elbow to Utah's Gordon Hayward. 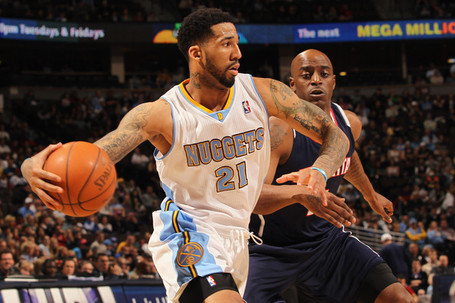 Wilson Chandler has only been with the Nuggets for a week after returning from China, but he's already back in the Nuggets' starting lineup. 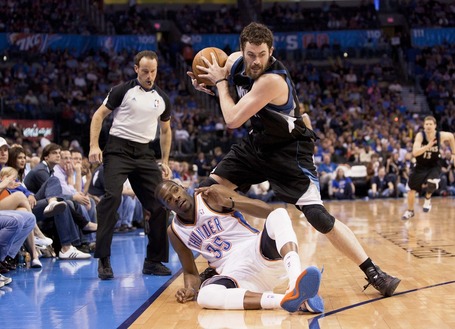 Kevin Love leads the NBA in scoring in the month of March at 30.9 points per game. Just wait until he learns how to create his own shot. 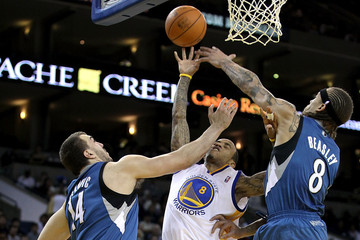 Michael Beasley and Nikola Pekovic are both questionable for tonight's game against Denver.

Danilo Gallinari - Out indefinitely with a broken left thumb 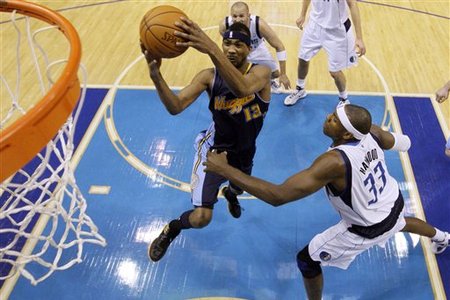 Corey Brewer has two NCAA championships, an NBA championship and is currently a rotation player for a Western Conference playoff team. He also has a higher PER than every wing on the Minnesota Timberwolves (unless you consider Derrick Williams a wing). 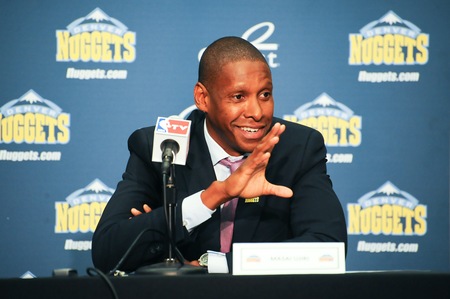 I wonder what it is like having a guy as smart as Masai Ujiri in charge of your favorite basketball team. If David Kahn had traded Carmelo Anthony, he would've gotten Ronny Turiaf, Toney Douglas and a 1st round draft pick.