Share All sharing options for: Dare to Compare: Kevin Love and Kevin Garnett 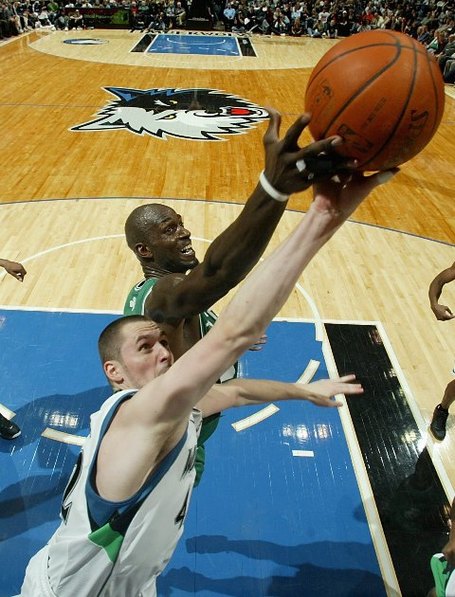 In the days leading up to Kevin Garnett's annual return to Minnesota, a question was frequently repeated throughout the Timberwolves' blogosphere:

Is Kevin Love, in his fourth season, as good as Kevin Garnett was in his fourth season? Can the two be in the same discussion? After all, Love is putting up ridiculous numbers right now. In the last 4 games, Love has had 149 total points and 65 total rebounds. That's crazy.

Yet, people also tend to underrate the past, and how good a young Kevin Garnett was for the Wolves' franchise. Without "The Kid", despite his antics with Boston and his recent comments about the Wolves' organization, who knows where this franchise would be in 2012.

Below the fold, I take a deeper look at Love vs. Garnett: 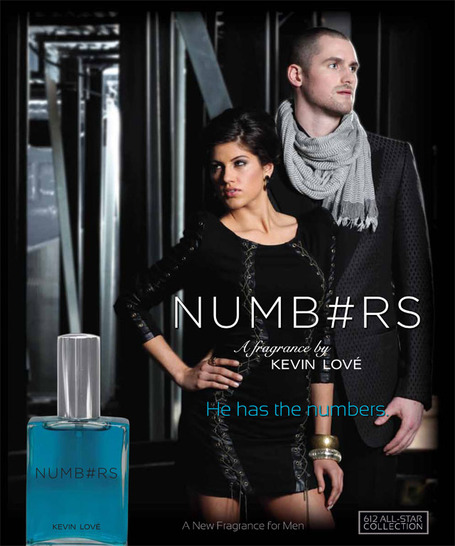 Through their first four seasons, here are how the numbers break down in the battle of Kevin Love vs. Kevin Garnett:

In nearly every single metric, other than assists and blocked shots, Kevin Love has the advantage over Kevin Garnett. Love, by the numbers, is a better shooter, a better scorer and a better rebounder. I think it is safe to reasonably conclude that Love is a better offensive player than Garnett through their first four seasons.

Of course, advanced statistics still capture defense very poorly.. Given that Garnett is a former Defensive Player of the Year and an 8-time All-Defensive 1st Team player, discounting this part of the game would unfairly tilt the argument. While we cannot measure how much better of a defender Garnett is than Love, one can safely conclude that Garnett is superior on this side of the ball. 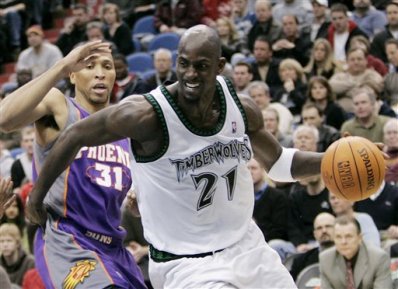 Kevin Garnett was drafted by the Timberwolves in 1995, after the team had gone 21-61, which was the 2nd worst record in the Western Conference. Up until that point, the team had never won more than 29 games and had yet to make a playoffs in 6 season as an NBA franchise.

In Garnett's first year with the team, the Wolves won 26 games. In the next three seasons, they would win 40, 45 and 25 (in a strike-shortened season) and make the playoffs all three times.

Kevin Love came to the Wolves in 2008, after the Wolves had gone 22-60, which was also good for 2nd worst in the Western Conference.

In Love's first year with the team, the Wolves won 24 games. In the next two seasons, the Wolves won 15 and 17 games, respectively. John Hollinger is projecting this year's team to win 33 games (they currently have 25 wins).

When you factor in the three playoff appearances, even though all three were first round exits, the team success battle isn't close. 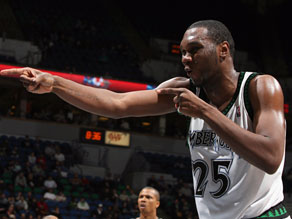 Of course, neither Kevin Garnett or Kevin Love played by themselves. Who had the better supporting cast? If KG's teammates were better than Love's, could that account for the big gap in team success?

In four seasons, Kevin Garnett played with 11 different players who finished a season with a WS/48 of over .100. Four of those players - Garrett, Mitchell, Gugliotta and Cherokee Parks - accomplished it twice. None of those 11 players are named Stephon Marbury, who also played with Garnett during this time period.

Kevin Love has played with only 4 players who finished a season with a WS/48 of over .100: Pekovic, Tolliver, Jefferson, and C. Smith. Only Jefferson and Smith did it in the same year.

It is safe to say that Kevin Garnett played with far better teammates than Kevin Love. His supporting cast's worst season, '95/'96, would've been the second-best season for Love. Love's teammates this season, by far the best of his career, couldn't touch Garnett's teammates in '97/'98 and '98/'99. 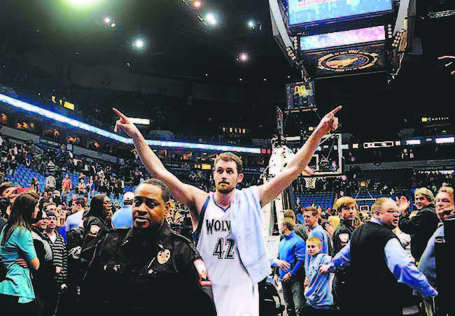 Kevin Garnett had more team success, in large part because he had much better players surrounding him. Kevin Love has much better numbers, but those numbers do not account for defense. Each of them made 2 All-Star games in their first four years.

When looking at all this evidence together, there is no compelling argument that Kevin Garnett was a better player than Kevin Love through their first four seasons.I think it is fair to say, then, that Love deserves to be in the conversation with Garnett and that there is a valid comparison between the two. If Love starts to get better teammates, the playoffs will likely follow.

Once that happens, this comparison will get a lot more interesting.