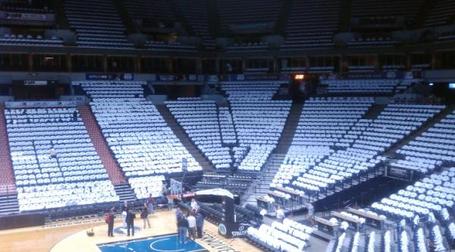 It's going to be a "White Out" tonight at the Target Center when the Wolves face the Lakers.

It has been five years since the Minnesota Timberwolves defeated the Los Angeles Lakers in a regular season basketball game. A lot has happened since March 6, 2007. George W. Bush was still the President of the United States. Brett Favre was still quarterback of the Green Bay Packers. 300 was tops at the box office and Justin Timberlake's "What Goes Around" was the #1 single on the Billboard Top 100.

The Lakers' streak of 17 wins against the Wolves includes 2 this season on January 29th and February 29th. The first, at the Target Center, was close until late in the fourth, when Kobe Bryant sealed a 106-101 victory with a couple of jumpers. The second, at STAPLES Center, was a 104-85 blowout (although the Wolves were missing Kevin Love).

Tonight, the Wolves' staff has prepared for a "White Out" at Target Center, where all fans will receive a white t-shirt prior to the game. Unfortunately, the plans for a complete white out will likely be foiled by bandwagon fans wearing Laker jerseys (and hats, and shoes, and socks...) 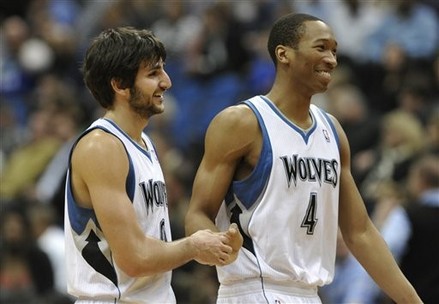 "I don't think anybody can really say that we're the laughingstock of the NBA anymore. If you come in here thinking that, you're going to catch an 'L' real quick," said Wesley Johnson after Wednesday's win over the Portland Trail Blazers, in which Johnson had a season-best 19 points on 8-of-11 shooting. 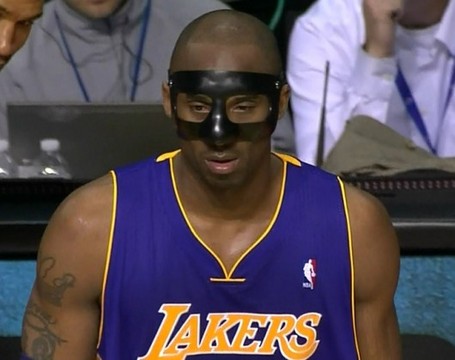 Kobe Bryant, preparing for his post-basketball career as The Black Mamba, the world's clutchiest superhero. 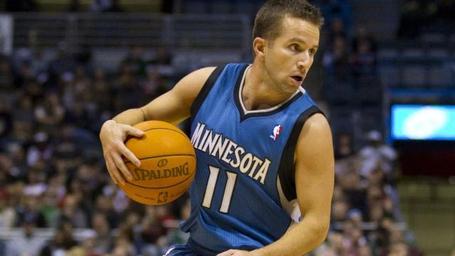 Over the last three seasons with Dallas, Barea played in 79, 78 and 81 games, respectively. This season, he's only played in 23 of 40 games with the Timberwolves.

"Maybe if we never let go, they won't trade either of us to Orlando." 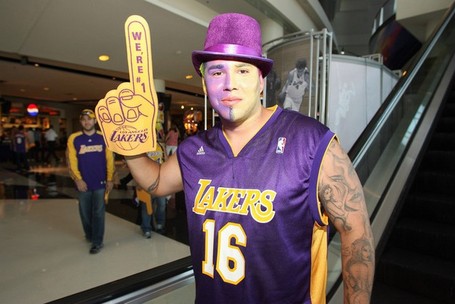 Just in case you needed any extra motivation to root for the Timberwolves against the Lakers. Imagine this guy at Target Center tonight ...surrounded by a few hundred of his friends.