On August 6th, 2010, the Minnesota Timberwolves signed forward Anthony Tolliver for a 2-year deal worth $4.8 million. He even made this clever spoof of The Decision to announce his choice of team.
Tolliver's two seasons are up and the Wolves have to make the decision of whether to re-sign Tolliver or let him become an unrestricted free agent.

The question is simple. Buy or sell: should the Minnesota Timberwolves keep Anthony Tolliver for the 2012-13 NBA season?

(more on Tolliver, and a poll, below the fold)

At the time of the signing, here is how some of Canis reacted:

Xand1: I kinda like this guy – he can play a bit and should be a nice end of the bench big. I haven’t watched him all that much, but what’s most interesting to me is that he is indeed a very good passer. IIRC he put up a 2:1 A:T ratio last year, which is fantastic for a PF/C. On top of that, he’s a passable 3pt shooter. I don’t expect much from him, but a Pekovic/Tolliver bench will be a massive upgrade from the Jawai/Hollins/Pech show from last year.

Oceanary: I'm actually pretty excited about signing Tolliver. The guy can really score the ball, and from range too. Should be a great fit at the 4 and sometimes the 5 in our system.

zebano: Ugg, I’m feeling rather pessimistic today and simply can’t figure out how Tolliver (who has the track record of a solid bench/role player) is going to get minutes on our team without depriving Love/Beasly/Wes. Of course, we do need some depth in case of injury but this doesn’t seem to be the right place for him since the other players have upside while with Tolliver I believe what you see is what you get.

TheEvilProfessor: Adding Tolliver made the wolves a more flexible team and that = better. He is not an upside pickup but rather another interchangable part for the back half of the rotation.

After being undrafted out of Creighton University, Tolliver bounced around for two seasons with the San Antonio Spurs, Charlotte Bobcats, Miami Heat, Portland Trail Blazers and Golden State Warriors. Prior to joining the Warriors, on a series of ten-day contracts, Tolliver had only played 212 total minutes in 21 NBA games.

With the Warriors, Tolliver actually started 29 games, averaging 12.3 points and 7.3 rebounds in the 2009-10 season. He finished the season with a WS/48 of .085. Tolliver punctuated the season with a career-high 34 points against the Timberwolves in a 116-107 Warriors victory at Target Center. 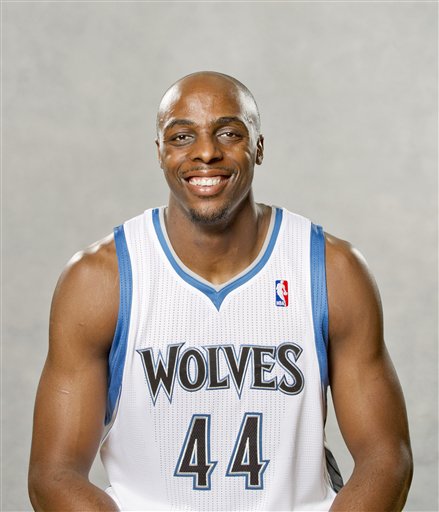 In his initial interview with Jonah Ballow of Wolves.com, Tolliver said, "I felt like [Minnesota] is a better opportunity. Coach Rambis really showed that he's looking for people to come here and play hard. I'm not the most athletic guy. I'm not going to wow you with my special dunks. But I know one thing the fans here are going to appreciate is the way I play...David Kahn showed me a lot of things about this team that I really like."

Obviously, 2010-11 was a rough year for the Timberwolves, but Tolliver was arguably the 3rd best player on the team behind Kevin Love and Anthony Tolliver. Tolliver shot the ball well (TS% of .585), was one of the team's better rebounders and rarely turned the ball over. Unfortunately, the Wolves only won 17 games and finished the season by losing 15 in a row.

In this past season, Tolliver took a step back and performed poorly for much of the year. He only played in 51-of-66 games and averaged only 17.3 minutes in those contests. He shot under 40% from the floor (.390), his rebounding rate was the lowest of his career and he only shot 55 free throws all year. His WS/48 was a woeful .049. 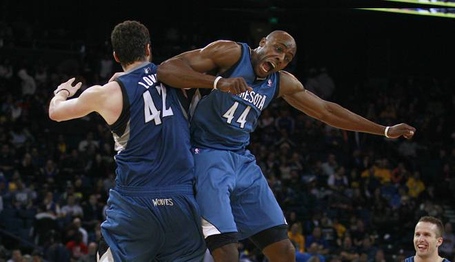 Anthony Tolliver made $2,050,000 last season. Assuming the Wolves could sign Tolliver to a contract with a similar dollar amount, should they re-sign him?