Today's links below the fold.

Playoff Results:
Around SB Nation
Misc:
Pics of the day (from the PiPress) 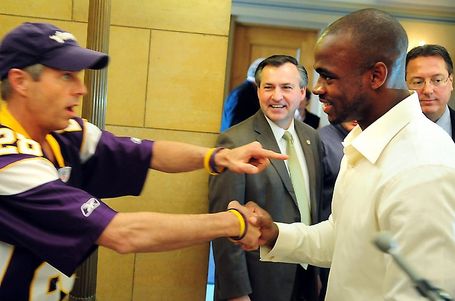 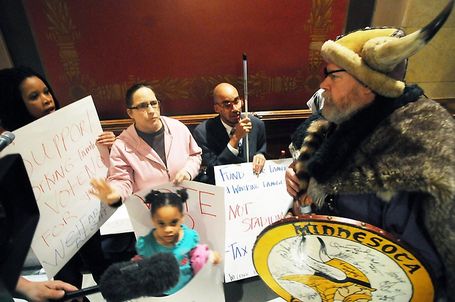 Lena Buggs, far left, Kim DeFranco and Paivy Ballayan, opponents of public funding for a Vikings stadium, argue with Greg Hansen of Cold Spring, who likes to go by the name "Sir Odin" when he dons his Vikings gear, outside the House Chambers at the State Capitol in St. Paul on April 30, 2012. (Pioneer Press: Scott Takushi)