The World Beyond This World

Share All sharing options for: The World Beyond This World 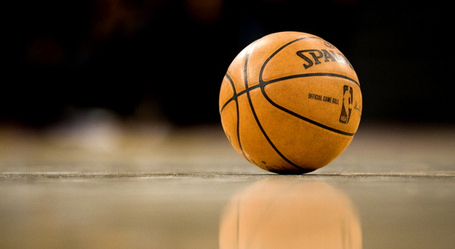 Canis Hoopus is a basketball blog. We exist for the primary purpose of covering the Timberwolves, and giving all of you a place to discuss (or more accurately in recent seasons, commiserate about) the team. We are, in essence, a closed-world basketball community.

But we also value being about more than basketball; that is why we regularly include politics, art and socio-cultural events in our update, post music and science and food on the front page, and engage in discussions outside of basketball when such topics come up. We want to remind everyone that, while we are a basketball community, there is a world outside of our basketball world here, and that sometimes basketball isn't the most important thing.

Unfortunately, today, we have all been reminded of this in the most sobering of ways.

Tim Allen and I essentially started in this together. Many moons ago, Britt Robson left his writing post here on CH to start writing for Sports Illustrated instead (traitor (just kidding Britt. We love you)). For a time, it was S-n-P basically running this place all by his lonesome. And he did it so well that the fan population, quite frankly, was growing at a rate that outpaced his ability to keep up coverage.

Tim and I volunteered to contribute regular posts at about the same time, and then were asked to become featured writers at the same time. Because of differences in our respective schedules (read: he had more free time than I did) Tim was able to be much more active in the last couple years. The contributions he made to this community have been tremendous. As a credentialed member of the press, a willing traveler, and the most socially vocal of our writing trio, Tim became the de-facto face of Canis Hoopus, known and loved by many members of the press, other bloggers in the SB Nation community, and even the players. His love for the Timberwolves was second to none, and his unbreakable optimism became a hallmark to the entire SB Nation. Tim and I were, in many many ways, in this together. I am shocked and deeply saddened that I will now be continuing the rest of this journey without him.

Please understand that, out of respect for Tim and his family, neither S-n-P nor myself will engage in discussion or speculation about the circumstances of his passing. We ask all of you to show respect and discretion over this matter.

Our community has suffered a tremendous loss. Tim Allen was a man of deep insight and unique humor, and he will be greatly missed.