You're probably not alone if you took a quick glance at the roster this month and wondered if perhaps we traded the entire Wolves' franchise for another city's (Moscow's, perhaps...?) With the signing of Louis Amundson, our Pups now have 7 new faces (8 if you count Robbie Hummel, but he won't play this year). It's been a whirlwind summer, but fear not! Canis Hoopus is here to straighten it all out for you, new layout and all.

Once upon a time, we though Budinger would be this year's one and only new addition. We haven't exactly been a free agent hot spot, or known for dramatic trade moves. Turns out we were very very wrong. It feels like a lifetime ago we acquired Chase, but it's only been three months. Crazy.

What Chase Budinger brings to the team: Three point shooting. Unlike a lot of hopes and prayers we've cycled through the wing positions the last few seasons, Budinger actually has a real track record of being a functional, reliable deep shooter. As an added bonus, he specializes in corner threes, which will help balance the floor immensely opposite of the dead-on deep shooters like Love and Barea. Chase was originally the godsend of a functional wing player, but...well, we're not lacking in those anymore. But three point shooting. He can really do that, which is a pretty good skill to lean on when your point guard is Ricky Rubio.

Cunningham had a bit of a delayed path to get here. Originally it wasn't clear if the proposed Ellington/Cunningham trade was meant to stand alone, or be part of something bigger (ie trying to land Nic Batum). The lovely thing about those scenarios is one can simply refuse to answer, then choose the best option to fit the result after the fact. So, Wayne gets to go to a team where he'll actually see the floor, and Dante gets to come here, where he'll try to find minutes around Love, Williams, Kirilenko, Pekovic, Stiemsma....

What Dante brings to the team: Attitude. Which may seem like a trivial thing, but a bad one can ruin a team. Just ask the Wizards. Or the Kings. Or the 2004 Pacers. (ok, that example may be a little extreme. Maybe) What's been clear about Cunningham is that he'll go 100% when he gets playing time and won't complain when he doesn't. For a reserve on a deep team, that's everything. There's no question he can play: his whole career has been basically a study in yeoman's work, helping fill in for bigger, starrier players in Memphis (Zach Randolph) and Portland (....umm, their whole roster...)

Kirilenko is THE key addition to this team. Roy may be the guy whose been a franchise player and perennial all-star, but Andrei is the guy who's going to make this all work. He's the perfect complimentary player, at positions of need, who will have no trouble fitting into the roster or Adelman's system. The beauty of his game is he can literally do anything. Whatever it is you're missing on any given night, you can just tell Kirilenko to go do that, and he'll go do that.

What Andrei brings to the team: 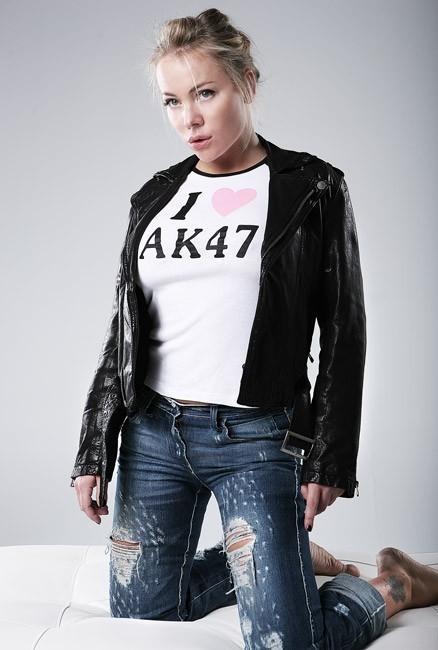 And crazy hair. That's a real key. We'll be in need of it now that we no longer have Martell Webster My Little Pony on the roster.

Oh, and the ability to score, rebound, pass, and defend all five positions. I suppose that too. Honestly, if he keeps playing at the level he's been at the last few years, he may be the best small forward this team has ever had, save perhaps those few years Garnett was '6 foot 11'.

I was skeptical when Roy said he was un-retiring. And even more skeptical when it started looking like his first choice was 'Sota. But....well, here he is. And that's a good thing. Knees aside (well....they'll never be just not an issue...) Roy has, by far, the biggest name and best pedigree on the team now. Rookie of the Year, 3-time All-Star, 2-time All-NBA.

What Brandon brings to the team: Winning. Roy has been on a bad team, and turned them into a good one. Granted, he doesn't have the cartilage to carry a team anymore**, but that experience will no doubt prove invaluable to a roster of upstarts, particularly late in close games. Even if all he does is come in and close out the last 6 minutes of a heated contest, he'll be well worth it.

The biggest fear I had as the Nic Batum thing dragged on and on was that Shved would get impatient and sign with a different team. Hardly anyone knows who he is right now, but that will change. He's a dynamo, a constantly moving, constantly 'doing stuff' kind of player. At worst, he's something in the Goran Dragic range. At best, he's up there in the Ginobili clouds. Seems like a good deal to me.

What Alexey brings to the team: Potential. All the other newcomers, they're pretty much who they are now. Roy and Kirilenko are long-time NBA vets. Budinger seems capped at the respectable 5th/6th option level. Cunningham and Stiemsma are limited blue-collar types. But Shved....well, sky's the limit here. What really sticks here is his unorthodox style. He has limitations, like anyone not named LeBron, but rather than being like most players who just focus on capitalizing their strengths, Shved spends time finding crafty ways around his weaknesses. Crafty players work in the league. Steve Nash. James Harden. Chris Paul. Hell, Ginobili pretty much singlehandedly upset an entire USA Team at the Olympics one year. Will Shved be as good as a Nash or Paul or Ginobili? Seems like a high mark to aim for. But I think the potential is there.

Technically Stiemsma is returning to the Wolves, but he played...well, basically never the first time around, so he's new to everyone who doesn't know who the Skyforce are. Which is like....everyone.

What Greg brings to the team: Defense. This is his one (and honestly, only) calling card. Stiemsma takes up a lot of space around the basket and makes is pretty hard for the other team to score in the process. He's easily the best shot-blocking big man on the roster (although Kirilenko could give him a run for best overall) and can rotate and rebound as well. If he picked up on even half of Garnett's call signs and moxie while he was in Boston, he'll be an invaluable anchor against the Dwight Howards of the world.

And lastly we'll let the Amundson signing officially run its course here, but expect a lot of the same things as from Cunningham: lots of motor, lots of spirit, very little complaining.

PS, if you've never watched Batman Beyond, you really need to. Like, now. It's amazing. It was produced by Alan Burnett and Bruce Timm (the same guys who did the 90s Batman TAS show) and is just as good at every level. Bruce is now a bitter, lonely old man, like everyone expected him to become. A New Boy inherits (well, ok...steals...) his high-tech Batsuit and starts the legend again.

That shot video is from the move The Return of the Joker, very much the pinnacle work of the series. It has, among other things, a flashback scene that very definitively shows what happened in the very end between Batman and the Joker.

And, of course, is features the brilliant voice work of Kevin Conroy and Mark Hamill Luke Skywalker.